PARIS (Reuters) – French President Emmanuel Macron is set to make a major announcement in the coming week after further violence from “yellow vest” protesters, the government said on Sunday. 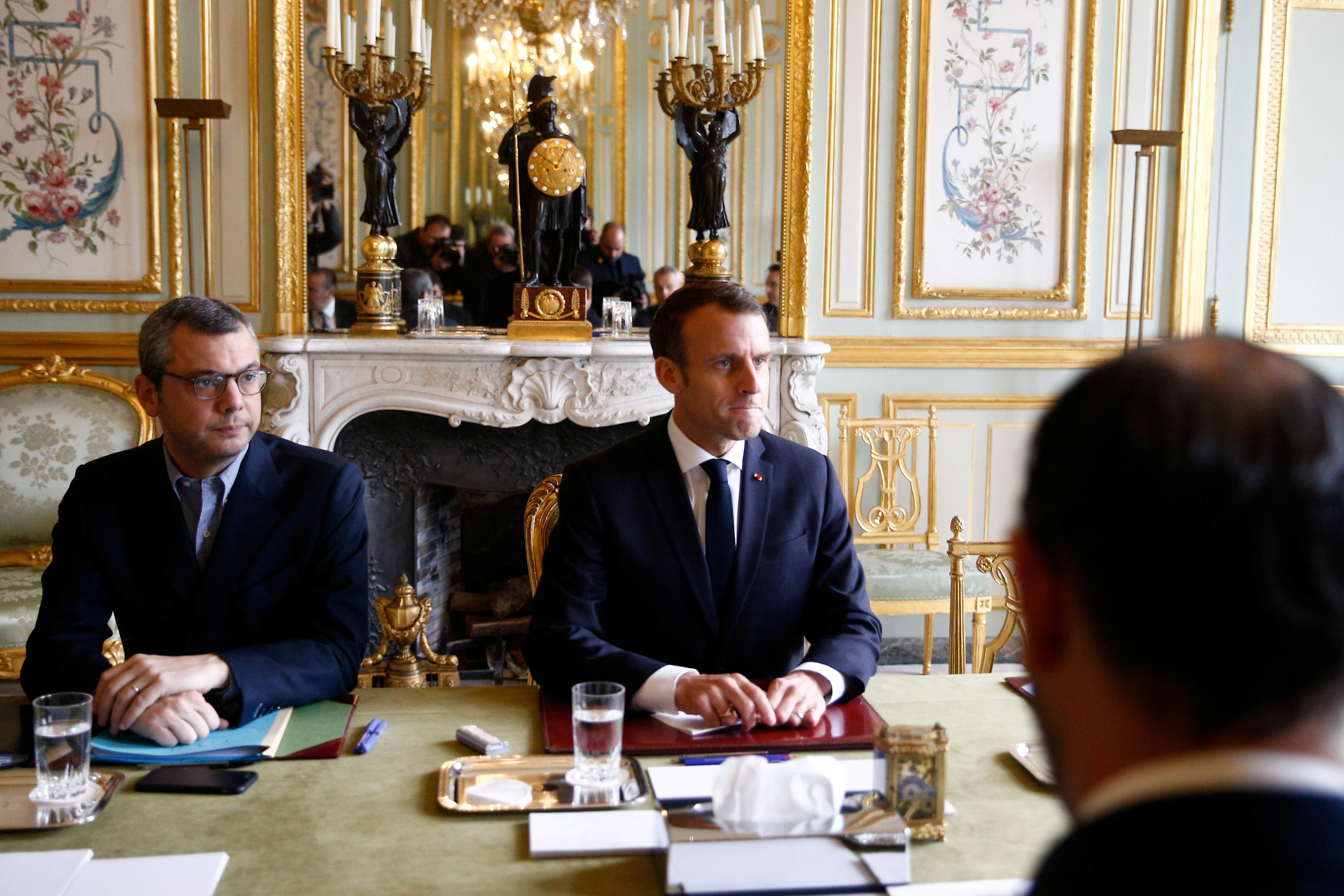 Anti-government protesters faced off with French riot police in Paris on Saturday, hurling projectiles, torching cars and vandalizing shops and restaurants in a fourth weekend of unrest that has shaken Macron’s authority.

Macron is facing mounting criticism for not appearing in public in over a week as violence worsened. His last major address to the nation was on Nov 27, when he said he would not be bounced into changing policy by “thugs”.

“The President of the Republic will of course make important announcements,” government spokesman Benjamin Griveaux said on LCI television on Sunday. He gave no other details.

“However, not all the problems of the ‘yellow vest’ protesters will be solved by waving a magic wand,” Griveaux said.

Macron left it to Prime Minister Edouard Philippe to announce the first major U-turn of his presidency.

Senior allies of Macron said on Friday that the president would address the nation early in the coming week. Macron has already scrapped a planned fuel tax increase but the move has failed to end the “yellow vest” protest movement, which demands lower taxes, higher minimum wages and better pension benefits.

In a separate interview on BFM Television, Griveaux said the president will make a live speech to the nation at the start of the week.

“When you see this level of protest, it is clear that we need a change of method, but that does not mean we will not also make fundamental announcements,” he said.

But, mindful of France’s deficit and not wanting to flout EU rules, Macron has scant wriggle room for more concessions.

Who is Wetherspoon founder Tim Martin and what’s his net worth? – The Sun

Spiking victims are 'being dismissed' by staff in pubs and nightclubs