THE UNLOCKING of the country "should be delayed" as experts warn the government's plan "does not have the support of scientists at all".

From Monday the last round of coronavirus restrictions will be lifted and Brits are gearing up for Freedom Day. 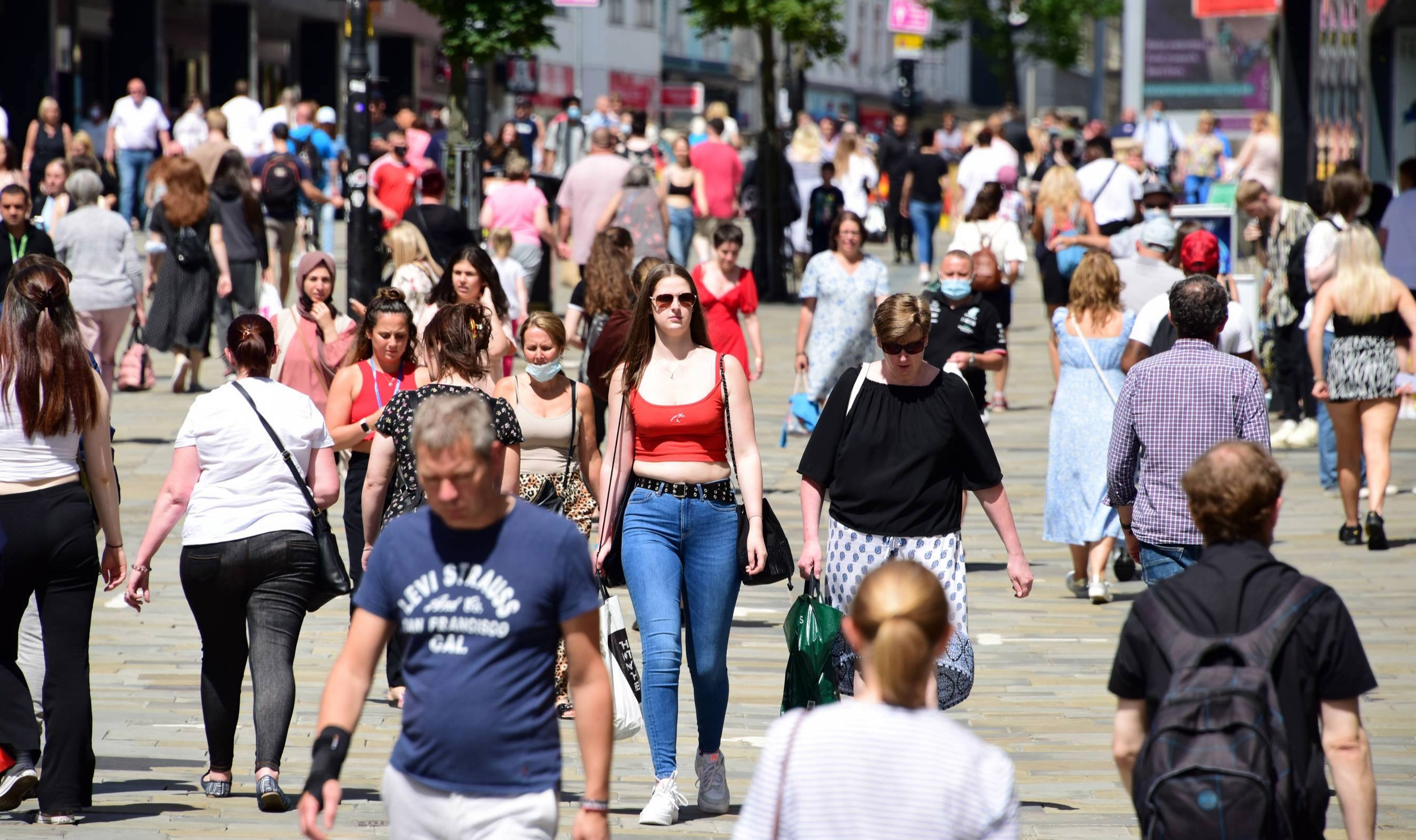 But scientists aren't convinced that the lifting of restrictions is the right thing to do – despite the fact that a record 81.4 million jabs have been rolled out across the country.

Of this grand total, just 35.3 million Brits have received two doses of a coronavirus vaccine and cases are still climbing across the country.

Experts today held an emergency international summit on the UK's plans for Freedom Day, where experts accused the government of putting a strategy together based on "infecting more people".

Regional Director of Public Health in England and a member of Independent Sage Gabriel Scally said the plan was not a good idea for either public health or for the economy.

He said: "A blind man on a fast horse can see that this is a strategy that doesn't have the support of scientists, universally at all.

"And I personally was amazed at some of the comments, the idea that it was a good idea to have the virus spread widely through the population and infect people, make them ill, and have them die, so that we got that over with before the autumn.

"Go to go in the summer, as it was described".

He referred to comments from Mike Ryan, public health specialist at the World Health Organisation (WHO) who criticised the "moral emptiness and epidemiological stupidity of a strategy which was fundamentally based on infecting more people with the virus".

Prof Scally said: "I'm astounded at this as I've been a public health doctor for 14 years and I've never heard of a public health strategy like this as you have heard from some of the experts from around the world.

It comes after figures from the Office for National Statistics (ONS) revealed that one in 95 people in England had Covid in the week to July 10. 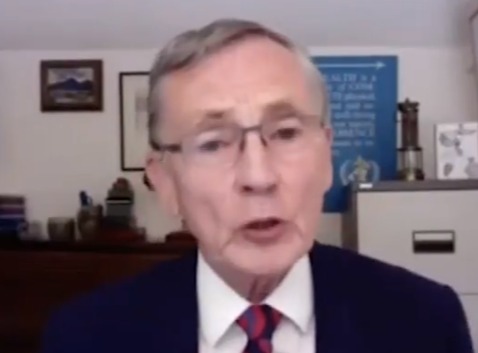 It’s up from one in 160 reported the previous week.

Rates have increased for all groups but are highest in those aged between year 12 and 24 years old – at one in 35.

Overall one million people in the country were estimated to have the virus in those seven days – more than five times the figure a month ago (105,000).

Case rates have been rocketing since some restrictions were eased and the Delta variant took hold in the UK.

The value is very slightly down on last week's estimate of between 1.2 and 1.5.

Professor Shu-Ti Chiou former Director-General of Health Promotion Administration in Taiwan said the government's decision to go ahead with Freedom Day was concerning.

He said: "I’m personally very concerned about the young people who do not have a chance to be vaccinated since currently there is no vaccine authorised for people under aged 12.

"I believe that everyone, regardless of age, should enjoy equal freedom from preventable Covid. 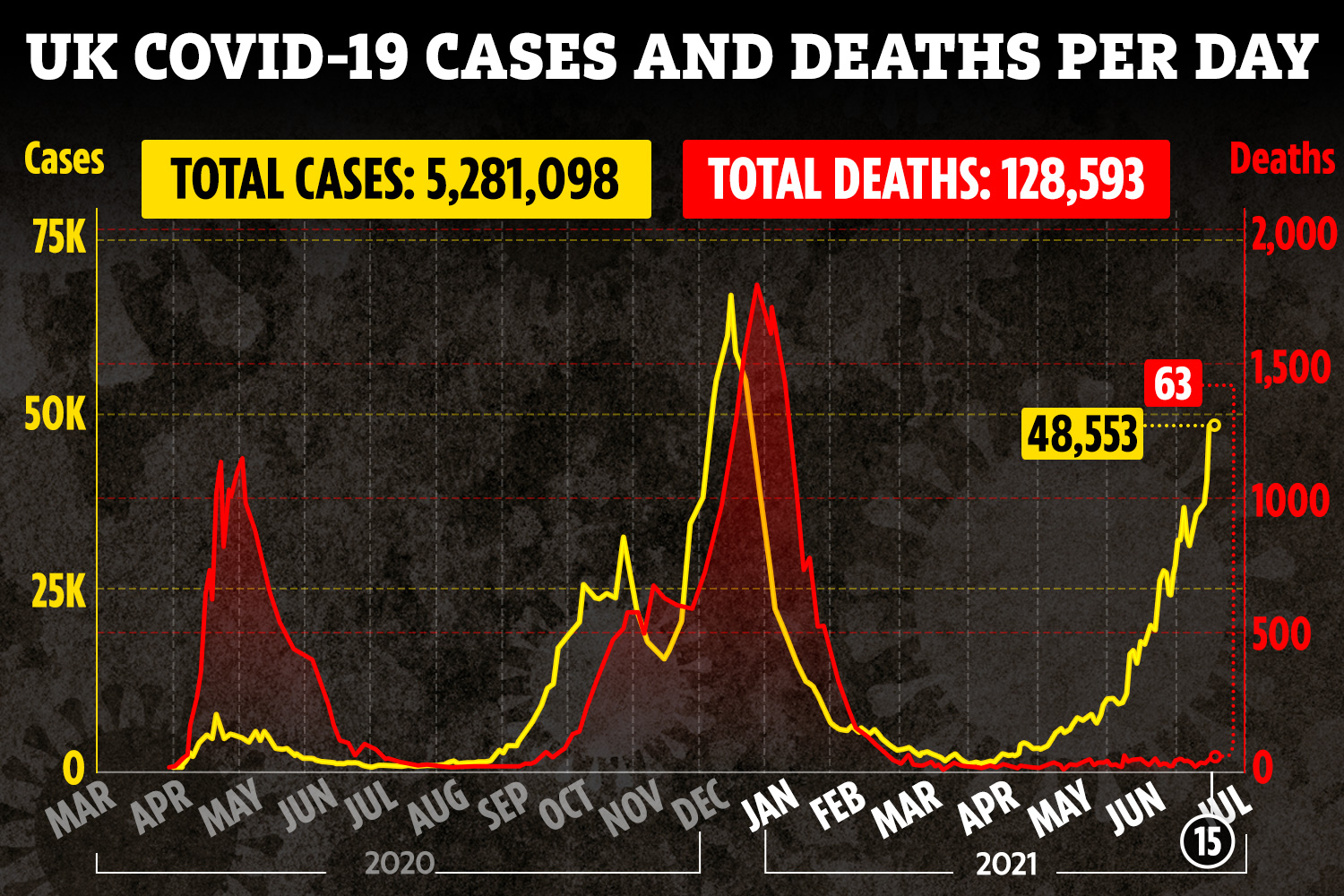 "For young people who cannot be protected from the government immunisation programme, the infection may cause significant consequences upon them and the government will have to do something to protect them without leaving them behind."

He said that it's a "political responsibility" to ensure that young people are afforded the same people as adults.

"And it's actually raining very hard. So I hope the politicians can take that into consideration, to keep the umbrella there for those people not having a raincoat", he said.