Gary Barlow super-fan, 54, who bombarded the Take That singer with 5,000 social media messages begging him to attend her birthday party has now met her idol 11 times

A Gary Barlow super-fan who bombarded the Take That singer with 5,000 tweets begging him to attend her birthday party has now met her idol 11 times.

Sue Smith was so desperate to meet the former Take That singer that she blitzed him with messages on social media.

The childminder first tweeted the 48-year-old song writer to come to her 50th birthday party in 2014.

Mr Barlow declined her invitation but met her backstage at London’s O2 arena after one his shows instead. 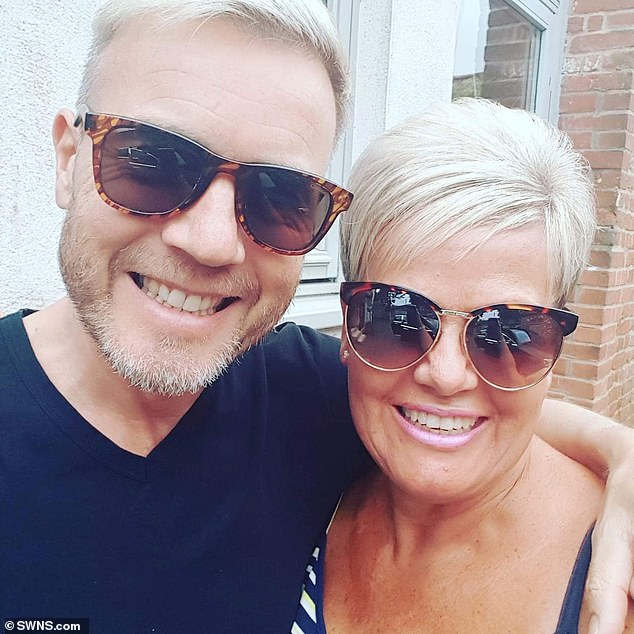 Sue Smith, pictured in a selfie with Mr Barlow, was so desperate to meet the former Take That singer that she blitzed him with hundreds of messages on social media

The mother-of-two has followed the Take That superstar across the world and has so far met him 11 times- but said her husband Graham is supportive and even went to a concert with her.

Mrs Smith even has a wall dedicated to Gary at the home she shares with her husband, and a tattoo of his signature on her wrist.

The 54-year-old explained: ‘I’ve got a ‘Gary wall’ at home with all my pictures of Gary and other fans I’ve met.

‘My 19-year-old daughter Lara is also a fan so I think she follows in my footsteps!

‘I married my husband in 1989 and that was the year that Take That formed and from that moment I loved Gary from there. He knew from the start I loved him!

‘My husband does drive me to places and he even went to a concert so he is quite involved!’

Mrs Smith, from Ely, Cambridgeshire, has stacks of Take That memorabilia including custom Gary high heels and piles of T-shirts and mugs. 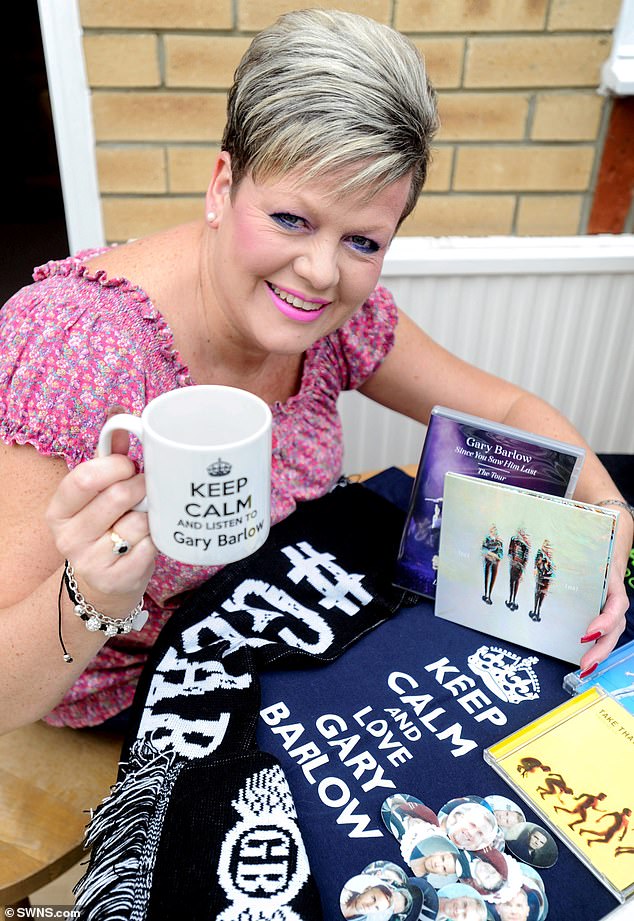 The childminder, pictured with her Take That memorabilia, first tweeted the 48-year-old song writer to come to her 50th birthday party in 2014.

And so far she has received over 25 messages from the Take That and said he now knows her on a first-name basis.

Mrs Smith first launched a Twitter campaign to meet the Take That star back in 2014 where she began strategically messaging him.

Her main goal was to get Gary to attend her 50th birthday party and after tweeting him almost 5,000 times he finally got in touch.

And although Gary couldn’t make it to Mrs Smith’s big bash, her efforts definitely paid off after the superstar invited her backstage at one of his shows.

She said: ‘When he picked up the tweets, he invited me back stage for his show on June 12.

‘He said he couldn’t come to my party but he promised me that he would meet me. I received 13 messages off him before we even met!

‘He asked if I would like to meet him and I said: ‘Gary I have stalked you for 13 months, you know the answer!’

‘Gary walked through the double doors in his blue trousers and a blue shirt and he said: 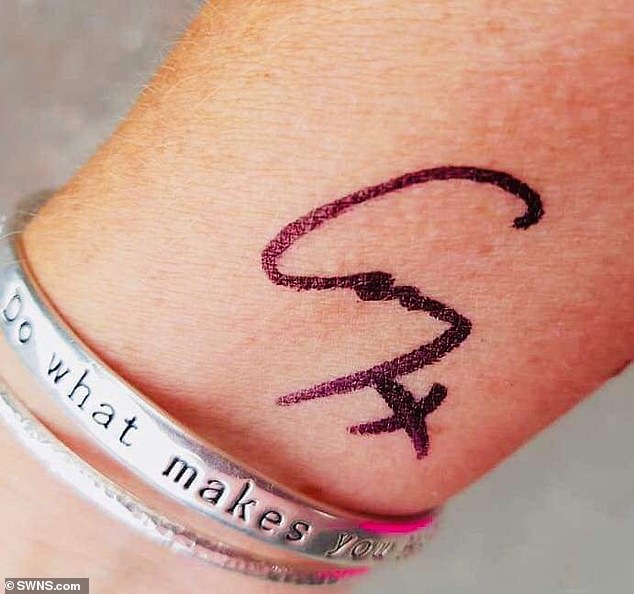 ‘You’re completely nuts, come here’ and he gave me a huge hug.’

And even when Mrs Smith went through a knee operation the hitmaker made sure she was okay and even offered her a good spot at his show.

She said: ‘He said if I needed a wheelchair he would get me a great spot but it turns out I was okay to go and he saw me from the stage and was so surprised to see me!

‘He actually messaged me before and said: ‘Sue, I’m worried about you. How have you been?’ Gary is such a lovely genuine person.’

On one occasion, Mrs Smith found out that Gary was staying at a hotel in Norfolk and waited until he came out to meet him.

‘We found out where he was staying so I went down there from 7am until 2pm in the afternoon and I was the only fan there.

‘Gary came down with his security and said: ‘If I had known it was you, I would have come down sooner!’

‘I had a sharpie with me and he signed my wrist so that very same day I went to the tattoo shop and got it tattooed on me!

‘We’re very respectful of him and in return he’s respectful of us and gives us some of his time. He’s exactly how you see him on the tele, he’s just a lovely guy.

‘He’s been through hard times himself and he can go a bit quiet but he never lets it get the better of him.

‘When Take That came back and when he started doing some solo stuff I loved him even more and it’s just grown from there!

‘I seem like a very confident, outgoing person but if something knocks me back it can knock my confidence and I think Gary is similar.

‘But the fact is we get through it and Gary is really inspiring for me.’

Mrs Smith has made lots of friends over the years of trying to meet Mr Barlow when she joined the GB Army fan group ‘Thatters’.

She added: ‘I’m not more worthy than any other fan, we’re just like a huge family so it’s really lovely.’