A woman who went to Syria to became the bride of an ISIS terrorist has revealed how she spent her wedding night in a ‘blood-stained torture chamber’.

Currently in Germany in investigative custody, 26-year-old Derya O., who hails from a Turkish family living in Germany, said that she fell in with the wrong crowd at an impressionable age.

For several years she was the girlfriend of a Hells Angels boss where she became increasingly unhappy with her life shortly before meeting German convert Mario Sciannimanica online, who told her about life in ISIS. 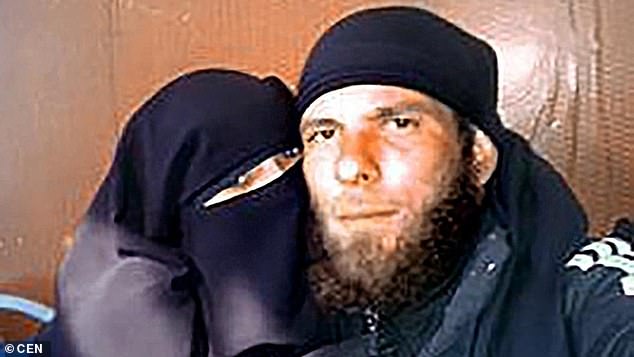 Derya with her first husband Mario Sciannimanica, with whom she spent their wedding night in a blood stained torture chamber 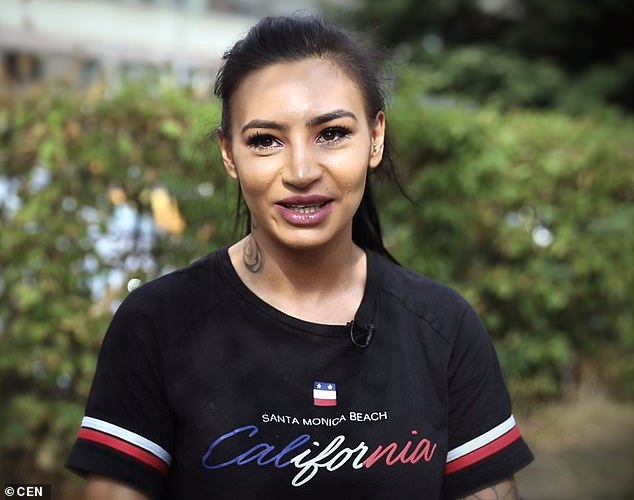 Derya O. said she was previously the girlfriend of a Hells Angels boss and she became increasingly unhappy

He told her about his conversion to the true cause and how he had even abandoned his beloved pet dog Luna because it was regarded as ‘unclean’, and had moved to Syria.

After he told her he wasn’t married, she replied: ‘Okay, then we will get married.’

Two months later, Derya left her German life behind and travelled to Turkey where she was trafficked across the Syrian border.

‘When I saw Mario for the first time, in military clothing with his full beard and weapon, he looked great,’ she said.

According to Derya, they spent their first night together in the unromantic surroundings of an ISIS torture chamber. 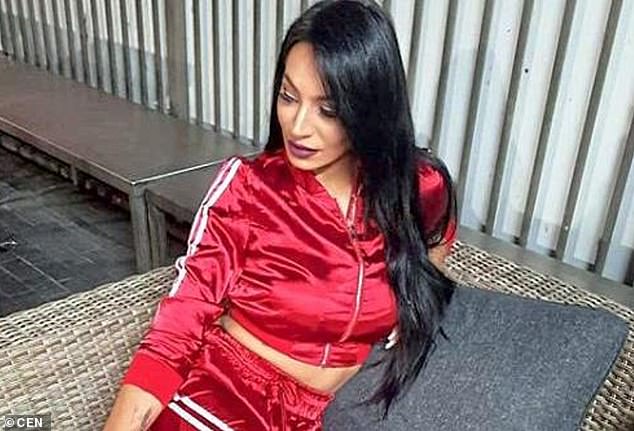 Derya, who worked as a prostitute in a German red-light district for a time, was forced to wear an all-covering burka during her time in Syria

She said: ‘We were housed in a former torture chamber, there were chains hanging from the ceiling, blood was still on the walls, it was all very scary.’

Derya, who from that moment was forced to wear an all-covering burka, said that she did not have much in common with the group’s perverted interpretation of Islam.

‘Actually, I did not want all of that, I wanted to help Syrian children,’ she added.

She and Sciannimanica then moved to Iraq where their son was born in 2015, but they continuously argued and soon broke up.

‘He was often with us at home, he’s a very sweet human being,’ Derya said. 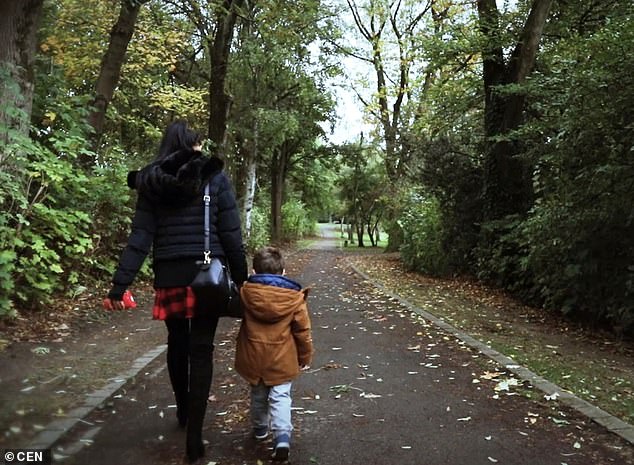 Mario Sciannimanica was later accused of spying against ISIS, and executed by his former comrades after a quick trial. Pictured: Derya with her child

However, she refused to marry him because ‘women have nothing to say with him’ and decided to become the second wife of Belgian ISIS commander Abu Salahuddin.

‘Everything was fine until he was hit by a drone and died two months later. God, what bad luck I have with men,’ she added All of them die around me.’

She then went back to her first husband Mario Sciannimanica who was later accused of spying against ISIS, and executed by his former comrades after a quick trial.

After Sciannimanica was arrested and tortured, she fled from ISIS territory using human traffickers to get her across the Syrian-Turkish border.

She was jailed in a Turkish prison and extradited to Germany in the summer of 2017.

Derya O. is currently locked up in investigative custody as one of five German ISIS members who returned to their native country after migrating to Syria. 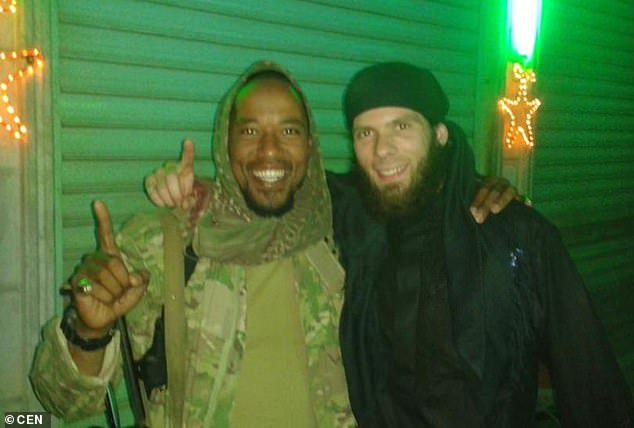 Mario Sciannimanica (right) and Denis Cuspert (left), who was killed in early 2018 fighting for ISIS