A 14-YEAR-OLD girl choked to death on her own blood after she caught a one-in-a-million fungal infection caused by breathing in mould spores.

Jade Owens, from Stockport, Greater Manchester, had contracted mucormycosis which had eaten away at the inside of her throat, airways and passageways to her lungs. 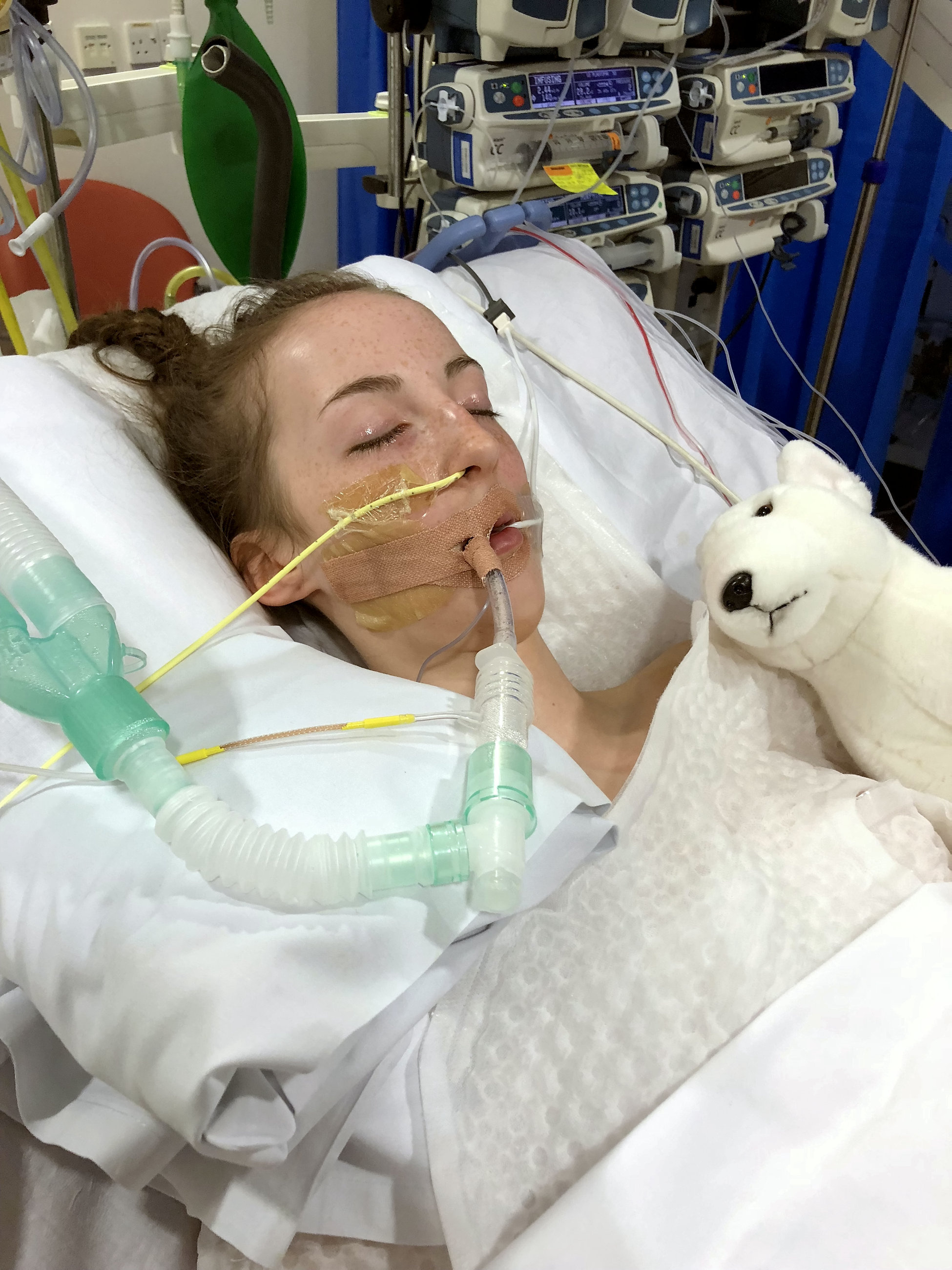 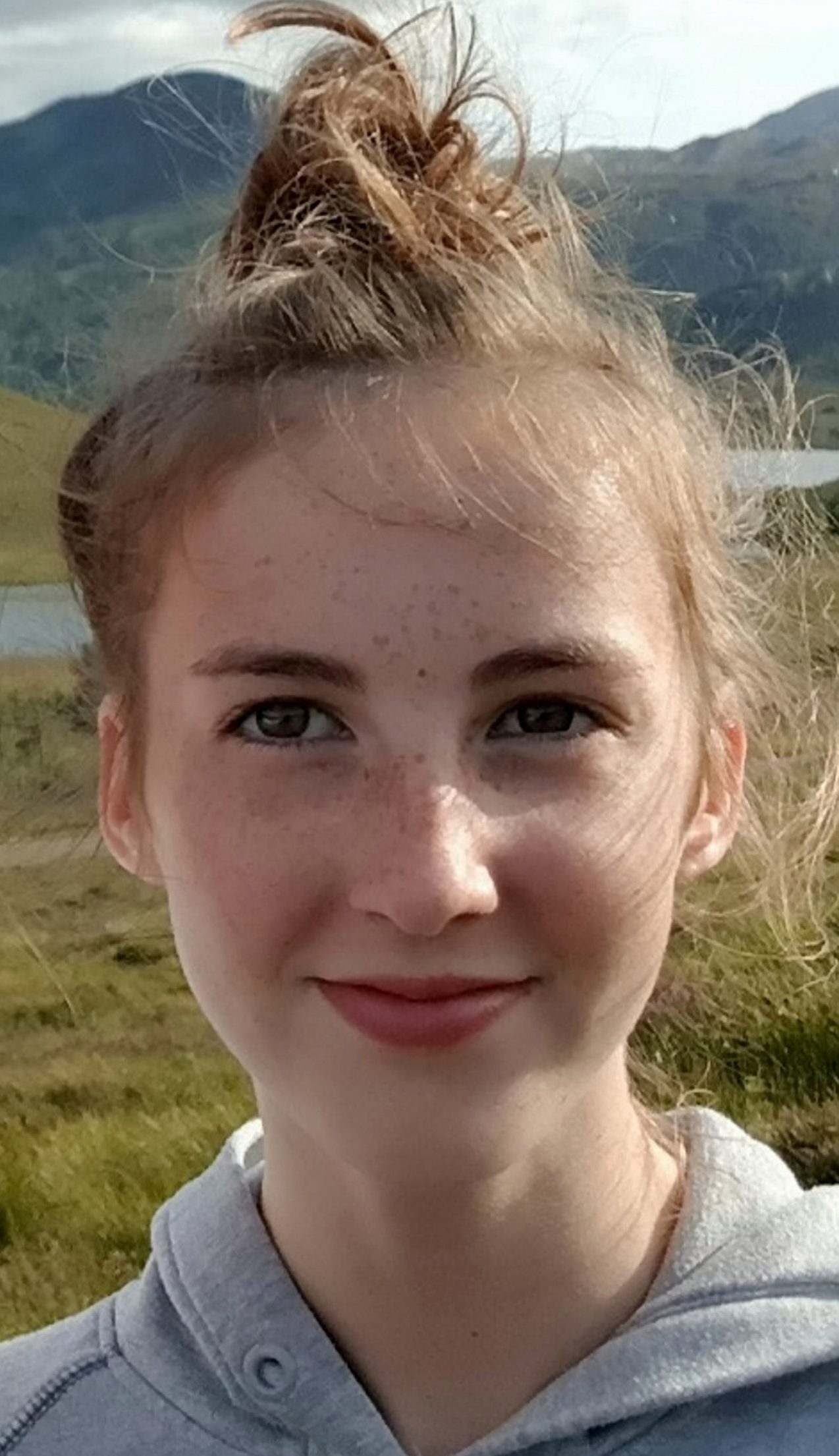 The keen horse rider fell ill with a suspected chest infection in May this year and when docs carried out tests they discovered she had Type 1 diabetes.

She was put in an induced coma to save her life and miraculously after two weeks in intensive care she appeared to have pulled through.

But just as mum Louise, 35, was preparing to bring her daughter home, Jade started coughing up blood and tragically died within 20 minutes on June 11.

The mum-of-two said: "It's something I'll never forget, walking into the room and seeing my daughter covered in blood.

"It was like a murder scene. The blood vessels in her throat had burst and she bled to death.

"She choked on her own blood and had coughed it up. It was horrific to see and that will never leave me."

The infection targets people with a weakened immune system and those with Type 1 diabetes are especially at risk of catching mucormycosis.

It is not known where Jade came into contact with the mould spores – but her heartbroken mum suspects it could have been due to her outdoorsy hobbies like horse riding.

Louise, a beautician, said: "The infection is opportunistic. Jade caught it because her immune system was weaker with diabetes.

"We had no idea she even had diabetes. No one else in the family has it so we had no idea what to look out for.

"If only we knew about the signs then we could have done something. I feel guilty in some ways for that."

She added: "I'm heartbroken. You never think anything like this will happen to you and I want to make sure no one else goes through what we have.

"I think about Jade every single day." 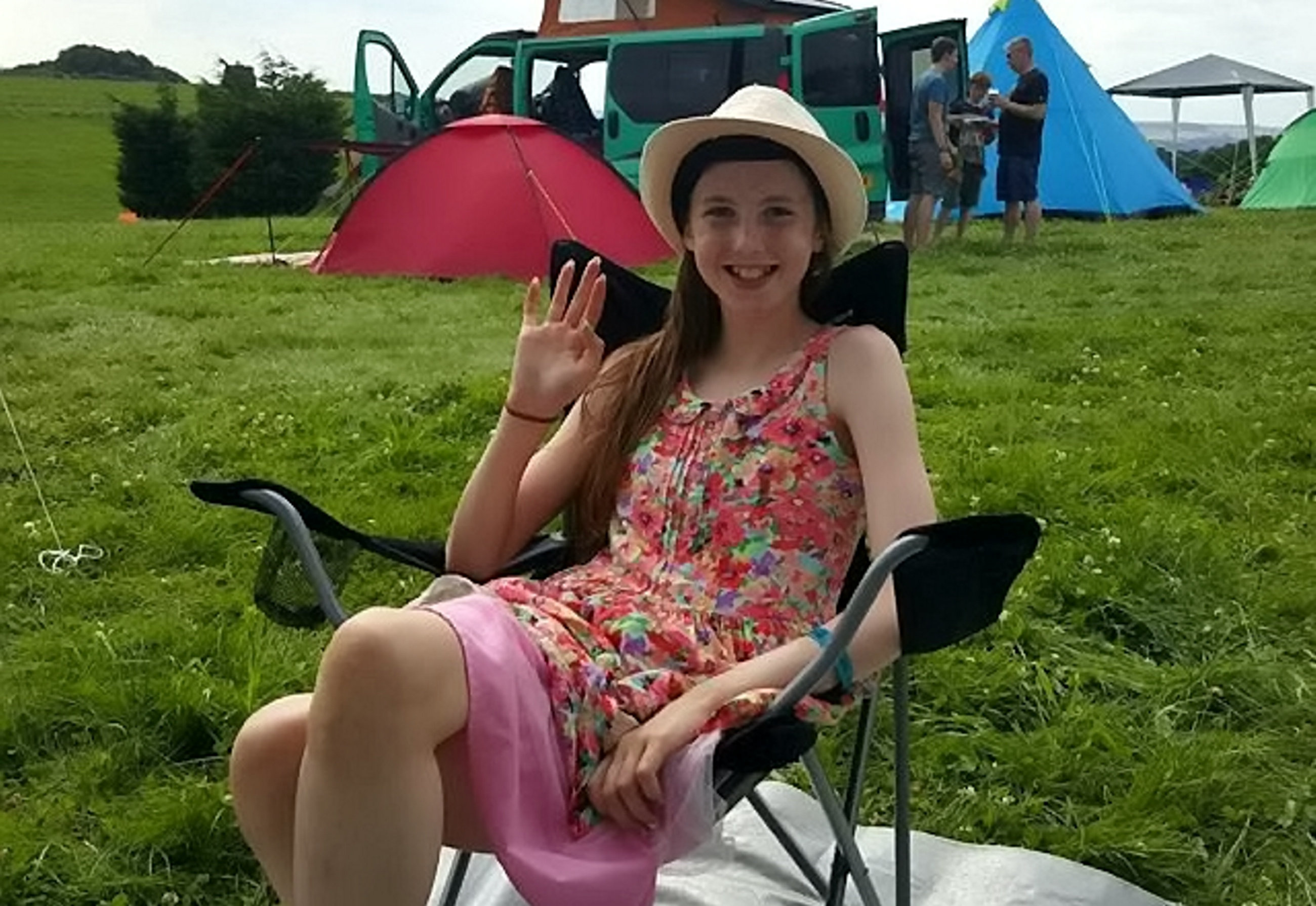 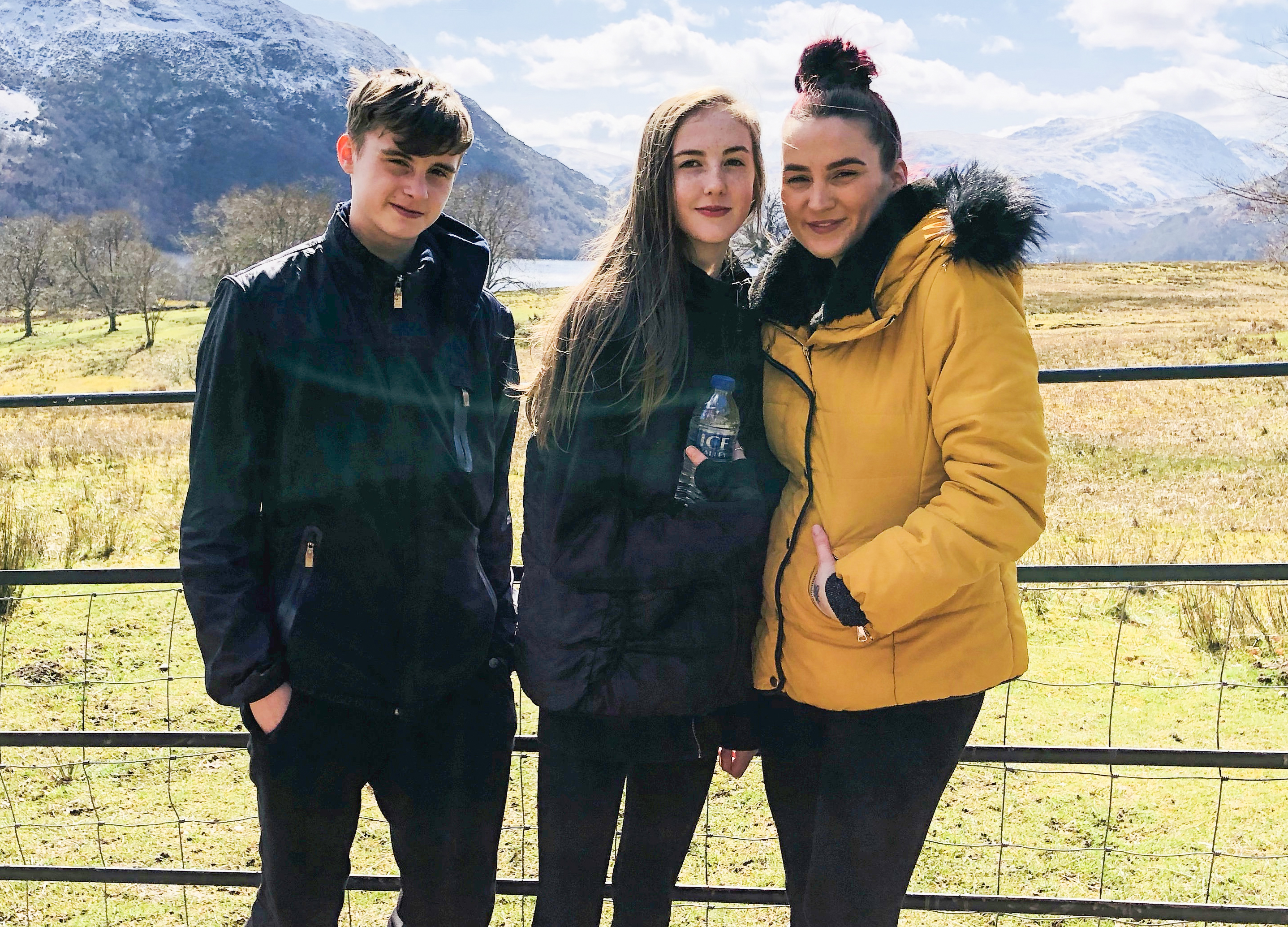 Jade first fell ill unexpectedly on May 20 this year when she began complaining about having a headache and flu-like symptoms.

She went to see a GP who feared she had a minor chest infection and prescribed antibiotics.

But the next day, her grandmother Charleen Owens – a nurse – suggested Jade goes to A&E after displaying rapid breathing and appearing discoloured.

Louise took Jade to Stepping Hill Hospital in Stockport and a finger-prick test found she was in severe DKA – Diabetic ketoacidosis.

It is a serious complication of diabetes that occurs when the body produces too much ketones, effectively turning blood acidic, and can be fatal if untreated.

Louise said she had no idea her daughter's shortness of breath and frequent trips to the toilet had anything to do with type one diabetes and the disease doesn't run in the family.

She said: "Jade looked very poorly and hadn't been well all week. We went to the doctors and we thought it was just an infection and that was that.

"I had no idea it would turn out to be as serious as it did. I took her to A&E and they said she was in severe DKA. They said a virus can make it worse.

"Her body had stopped producing insulin and her muscles had started to break down."

Jade was kept in hospital overnight but was transferred to Manchester Children's Hospital on May 22 after doctors grew concerned at how she responded poorly to being given insulin.

Her condition rapidly decreased to the point where medics were forced to place Jade into an induced coma so doctors could carry out further tests and admitted she only had a "50/50 chance of survival".

A further scan discovered Jade had fluid on her lungs and she was given antibiotics, insulin and food via tubes whilst in a coma for five days.

And this seemed to work – when on May 27 Jade woke up – and uttered the words "I'm starving, can I have a McDonald's"?

Louise said: "We were over the moon. We thought we were getting normal Jade back again and it was an amazing feeling.

"It was such a relief because we were told she was severely poorly and we thought we might lose her. She was moved onto a ward and taken off intensive care.

"It as great, she was up and about, was able to shower herself and everything. At this point we were quite hopeful she might come home soon." 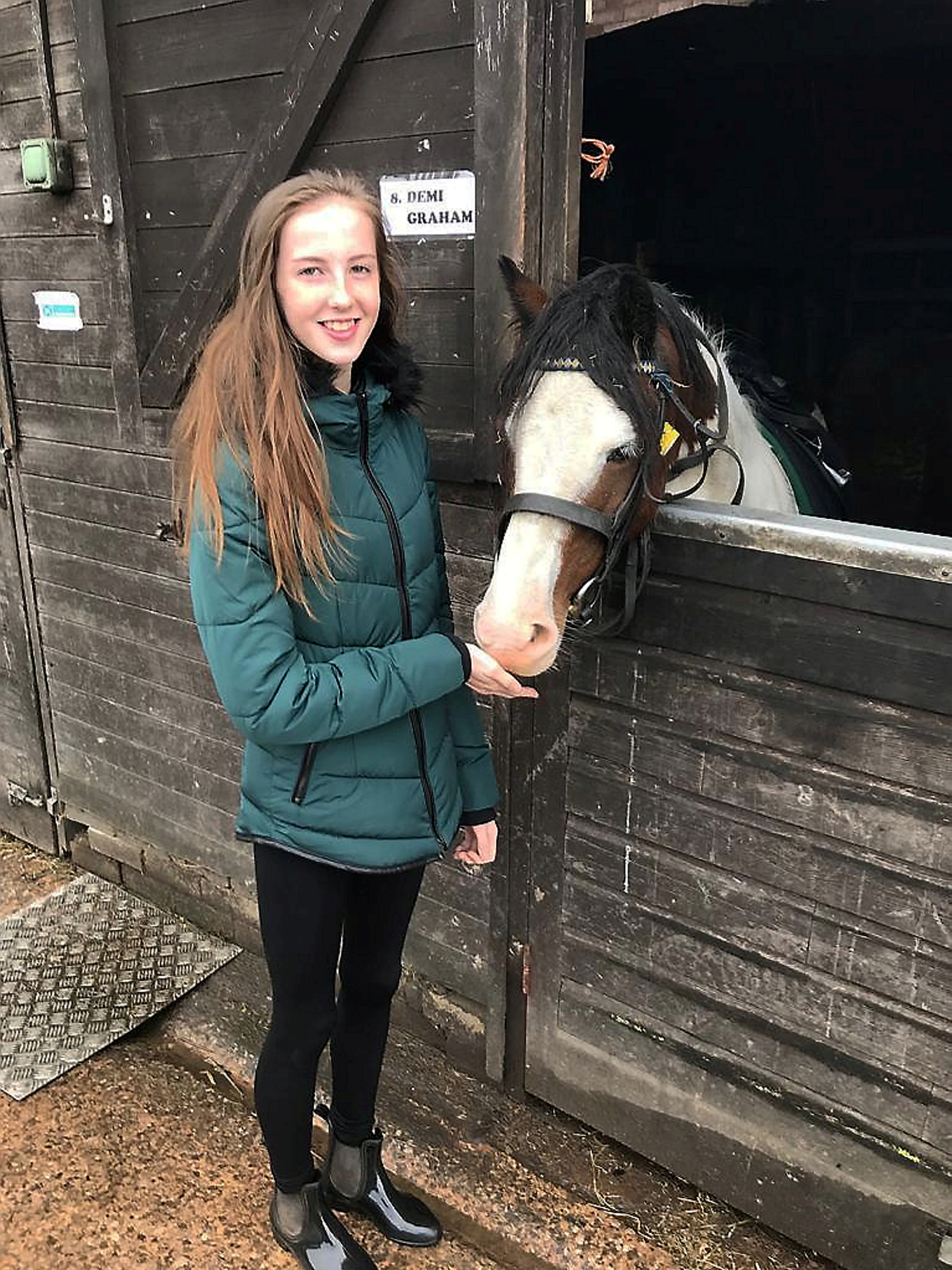 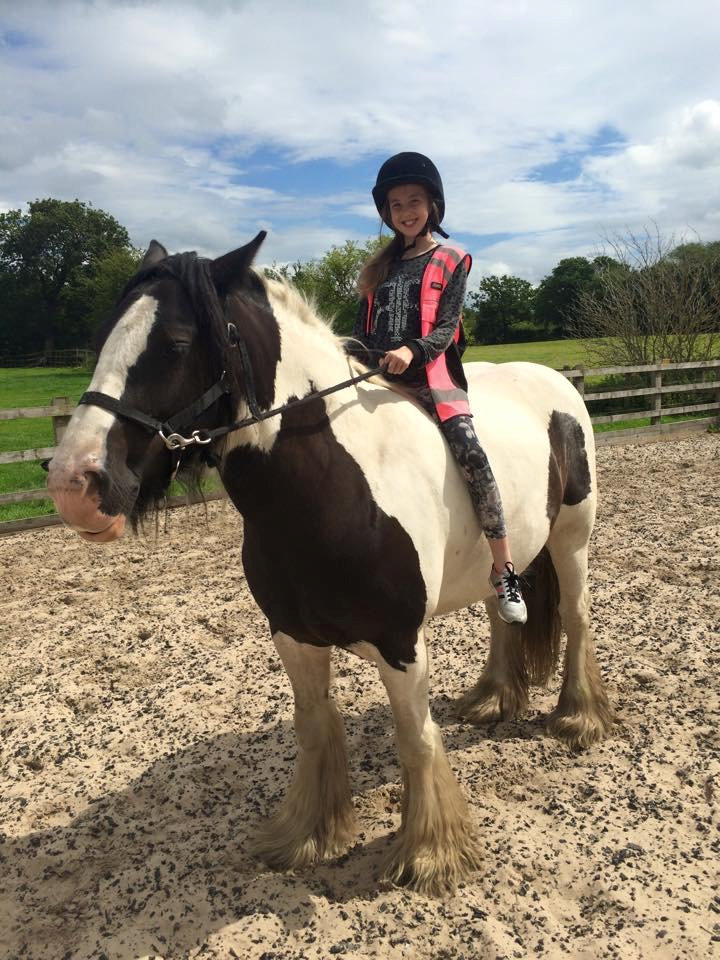 Louise said Jade was well in herself but still had fluid on her lungs and doctors were planning a procedure to drain the excess.

Jade spent "two good weeks" recovering in hospital, according to Louise, who recalls leaving her daughter in hospital on June 10 in "high spirits".

But the following morning at 8.05am, Louise said she received a phone call from her mum who was at Jade's bedside.

"All she said is that something bad is happening. I rushed down there as fast as I could.

"We were ushered into a room and the doctor said she was coughing up blood and they were trying all they could to stabilise her.

"They were working to save her. I didn't know what to think. I was a mess. Twenty minutes later they came in and told us she had died. It was so sudden and unexpected." 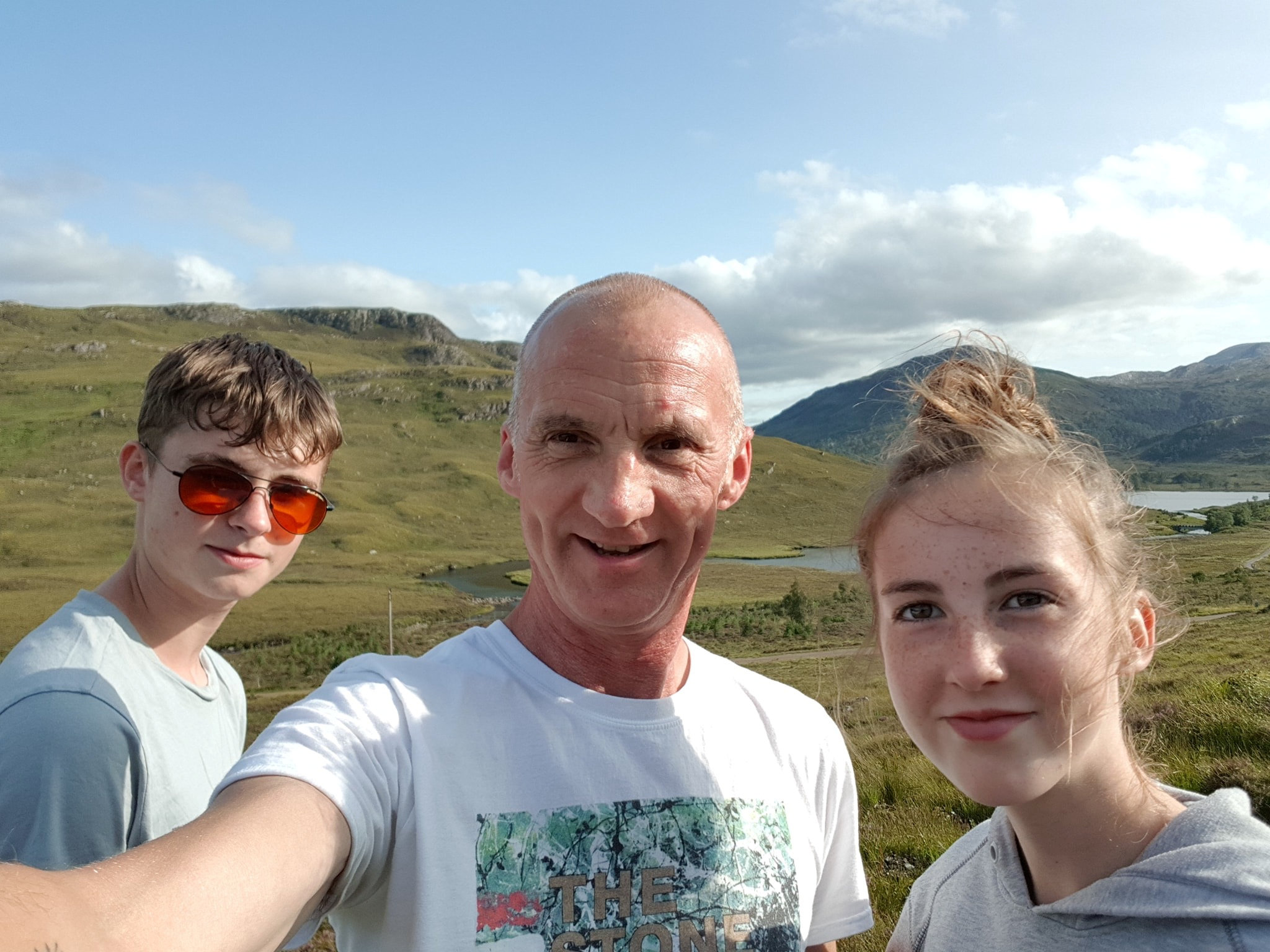 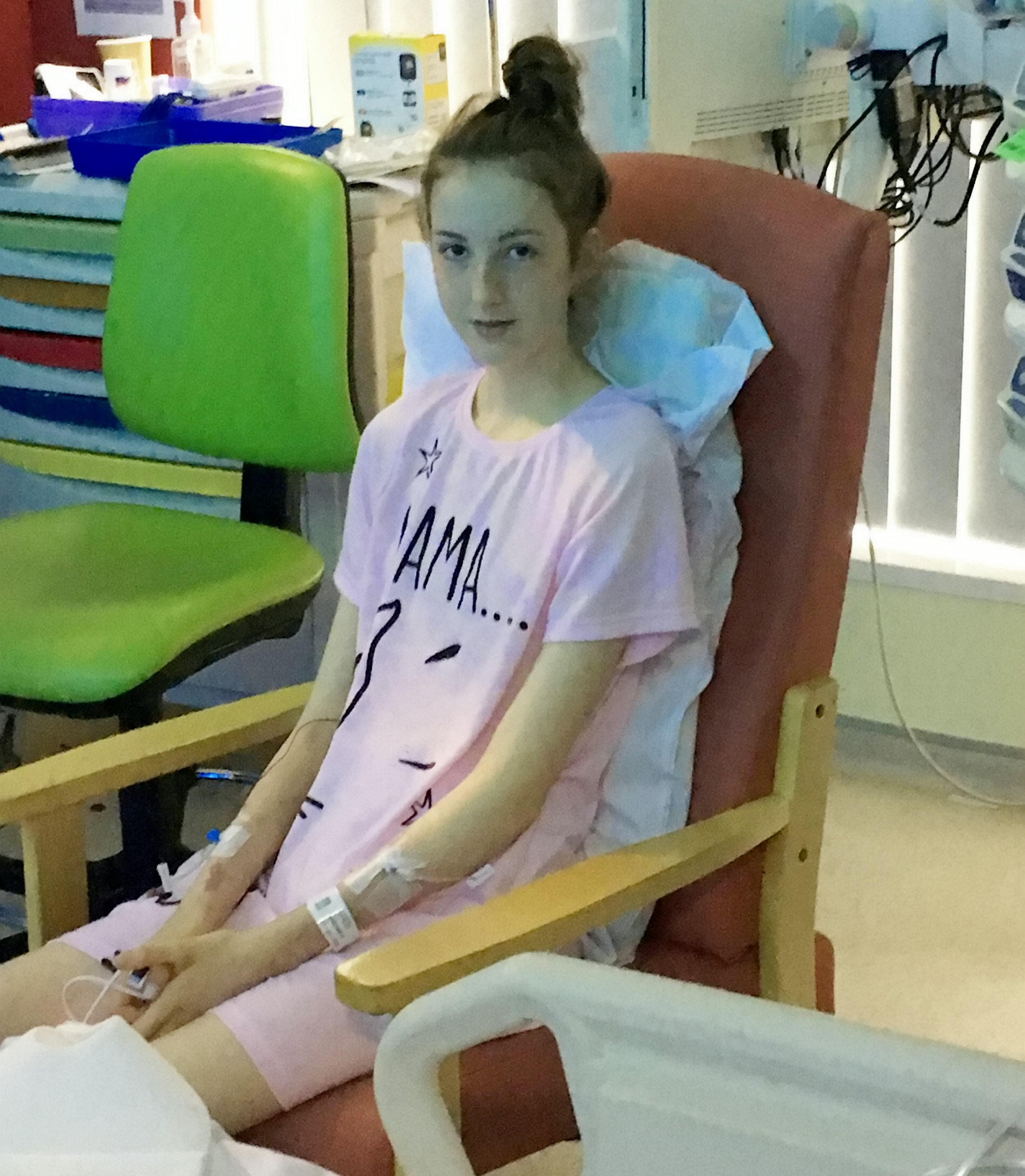 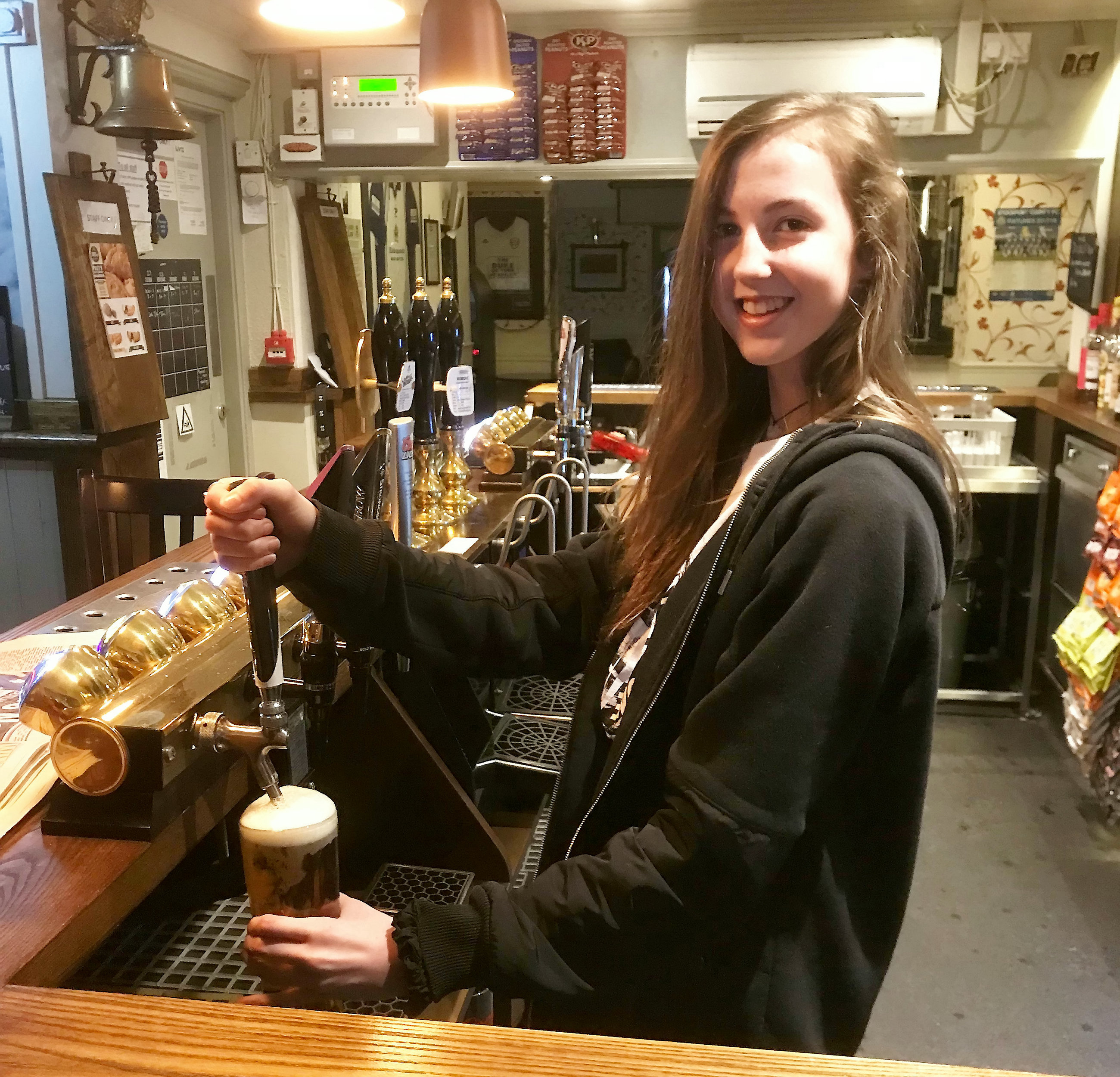 Louise said the cause of death has already been confirmed as mucormycosis, a fungal infection only found in an average of 1.7 out of every one million people.

People who go into DKA, like Jade, are placed at increase risk of developing the toxic infection that can be extremely difficult to treat if not spotted early enough.

The infection effectively invaded Jade's immune system and ate away at the inside of her throat, airways and passageways to her lungs.

This caused the tissue to go through necrosis – the premature death of cells in living tissue – leading to the fatal bleed.

A devastated Louise said she's still struggling to come to terms with her "angel", and wants to speak out about the symptoms of type one diabetes to help raise awareness to others.

She said: "I miss her every single day, our lives will never be the same without her. To go what we have gone through is horrific. I wouldn't want anyone else to go through what we have.

"She was very tired and had experienced some weight loss but she was hungry a lot, too.

"Since all this happened we have learned more about diabetes and they are symptoms of it."

Jade's funeral, which featured a horse-drawn carriage, was held on July 10.

It's another blow to the family after Jade's dad and Louise's ex Paul Daniels died suddenly in 2016.

The 36-year-old tree surgeon is believed to have fallen while at work on a golf course in Cheshire. 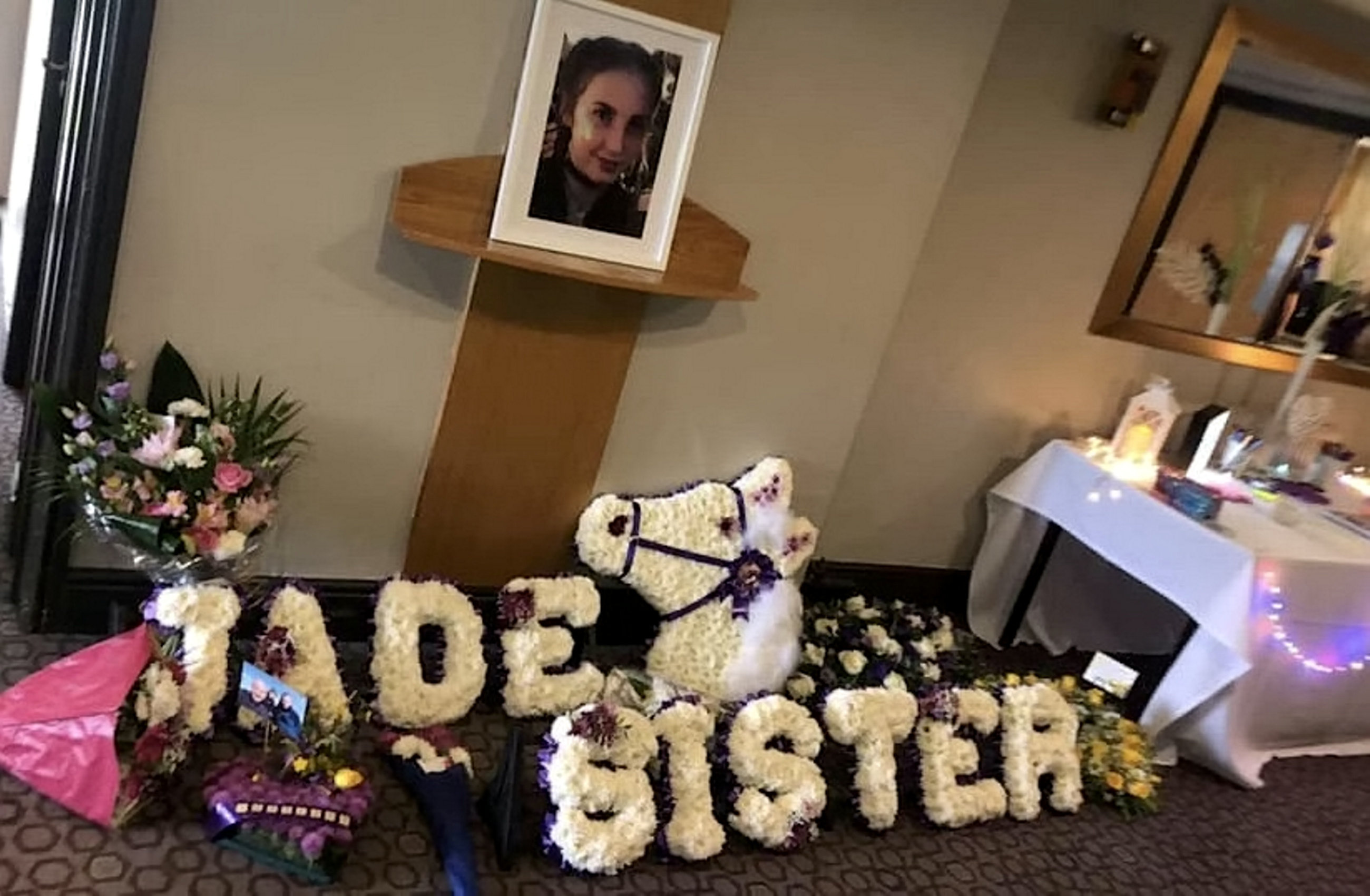 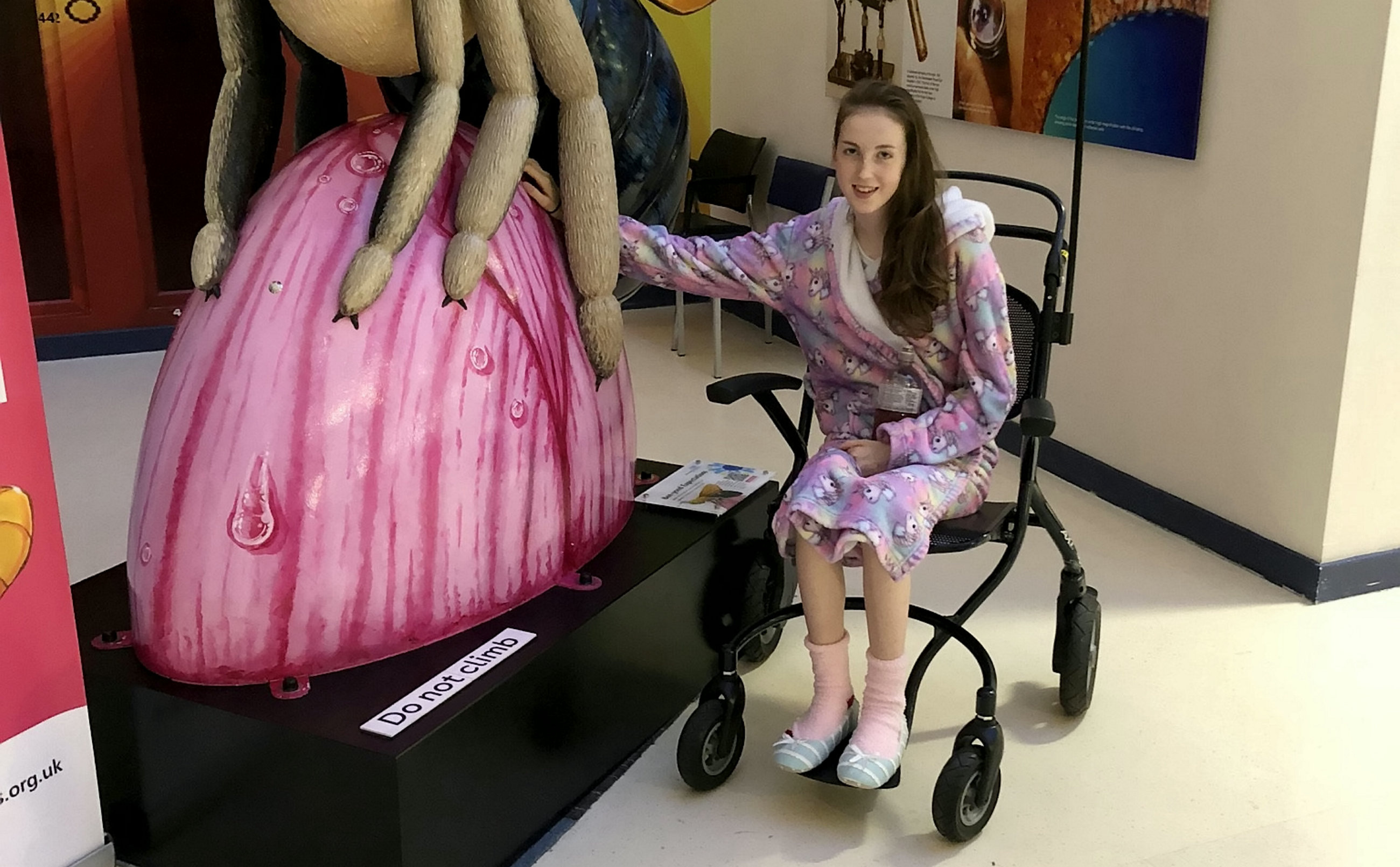 Floyd Mayweather ex, and mother of his 3 kids, found dead in her car – The Sun