A three-year-old Westlife fan was left fuming after she tried to get an Alexa speaker to play her favourite song but had a little trouble being understood.

Alyssa, from Ballymoney, Northern Ireland, wanted to hear Hello My Love by the boy band but ended up being played Hallelujah by past X Factor winner Alexandra Burke.

In a video filmed by her mother Sylvia McIntyre, 35, the youngster is seen getting angry with the Amazon Echo gadget as she tries her best to ask for the tune.

Alyssa is seen telling the small Amazon Echo Dot speaker to play Hello My Love by Westlife while standing in her kitchen during the hilarious clip.

Despite putting her all into the request and repeating the song’s name several times,  the little girl cannot get the speaker to understand her.

After a few more tries and Alyssa jumping up at the counter, Alexandra Burke’s X Factor winners song Hallelujah – which was originally sang by Jeff Buckley – plays. 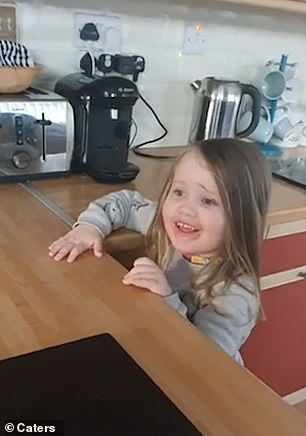 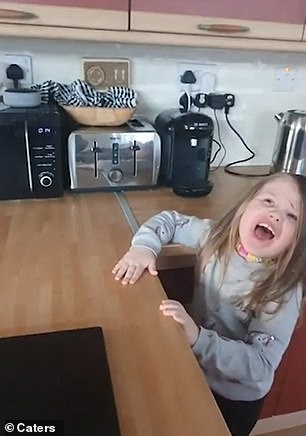 Three-year-old Alyssa, from Ballymoney, Northern Ireland, ended up in a hilarious fight with Alexa after she asked for a Westlife song but ended up with Hallelujah by Alexandra Burke

The toddler then lets out a frustrated moan before her mother Sylvie steps in to help by telling Alexa to stop playing the music.

Alyssa then says ‘try again’ but Alexa thinks it’s being instructed to replay Alexandra Burke’s track – not the Westlife one that’s really wanted.

Sylvie encourages her daughter to keep trying and can be heard giggling as the fight with the speaker continues. 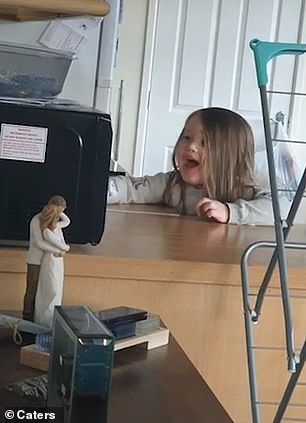 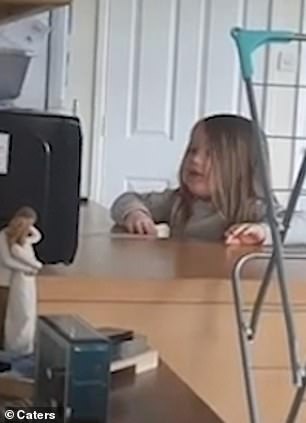 Keeping at it! Alyssa kept trying to get the song, but in the end had to get some assistance from her mother Sylvie before calling it quits and telling Alexa ‘bye bye’

However after a couple more attempts Alyssa laughs as she turns to her mother and tells Alexa ‘bye bye’, seemingly giving up on getting to hear her favourite tune.

Although not getting to dance to the Westlife tune, which was released on their 2019 Spectrum album, Alyssa appears to be in good spirits and smiles as the clip ends.

Alexandra Burke, 31, won the X Factor in 2008 and released a version of Hallelujah as her first single. She went on to release tunes including Broken Heels and star in West End show The Bodyguard.

What did Alex Jones say about the Sandy Hook Shooting?