Finally, the life they deserve! Young orangutans are reintroduced into the wild in Indonesia after being starved, neglected and sold in the illegal pet trade

These heart-warming young orangutans have been reintroduced into the wild after enduring the horrors of the illegal pet trade.

In the past couple of years, Leo, Aruna, Cut Iuwes and Ully were confiscated from the wildlife trade and brought to the Orangutan Reintroduction Centre of the Sumatran Orangutan Conservation Programme (SOCP), in Jantho, Aceh province, Indonesia.

At the time of their confiscation, Leo had a terrible skin disease which affected almost his whole body, while Aruna was extremely malnourished and dehydrated.

As shown in the pictures and video taken by photographer, Sutanta Aditya, the youngsters have since undergone extensive medical treatment at the SOCP’s Quarantine and Rehabilitation Centre and are now fit, healthy and ready to return to the trees 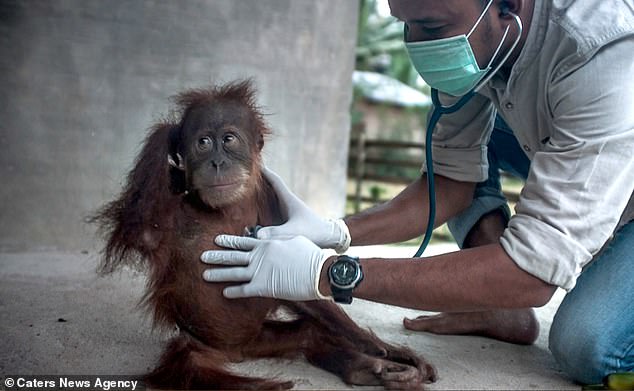 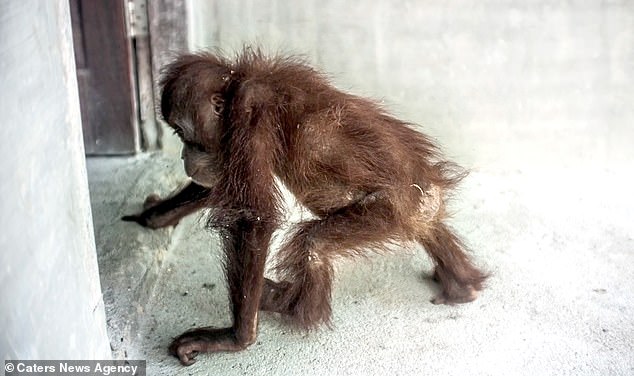 Doctors at the center administer treatments and medicines to bring the young primates back to full health at the center, where they are also allowed to walk through buildings

Last month, as this adorable footage shows, they were given a taste of their new home, as their caretakers took them to the Jantho forest to let them acclimatise to the new environment and unfamiliar food.

Dr Ian Singleton, Director of the Sumatran Orangutan Conservation Programme, said: ‘It’s always a very special time when these orangutans graduate from the quarantine centre and move on to the next and final stage in the reintroduction process.

‘When you remember the pitiful condition some of them first arrive in, it’s really heartwarming to see them get this far, and even more rewarding when you meet them again later, living free in the forest.’

These orangutans are joining 109 other orangutans already reintroduced into the Jantho Pine Forest Nature Reserve, as the SOCP is gradually establishing an entirely new wild population of this critically endangered species there. 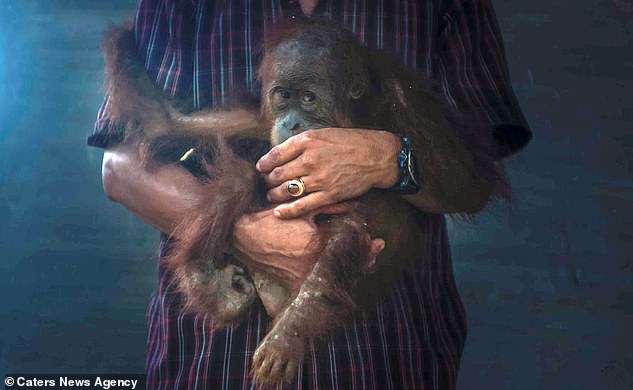 Conservationists have been able to release hundreds of orangutans back into the wild, although the illegal pet trade is still roaring 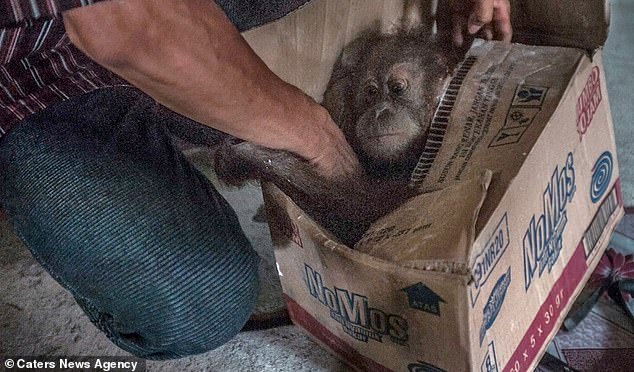 The orangutans were brought to the rehabilitation centers in shocking states, including  one who was packaged in a cardboard box 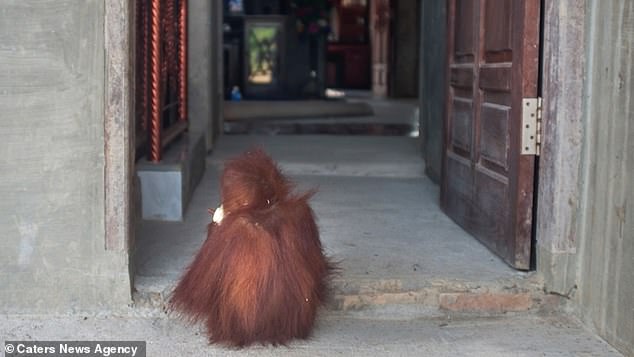 Dr Citrakasih, SOCP’s Reintroduction and Quarantine Supervisor, said: ‘Prior to us starting reintroductions in Jantho, there was no longer any wild orangutan population in the area, even though there had been some historically.

‘By releasing orangutans like Leo, Aruna, Cut Luwes and Ully, we are gradually recreating a wild population of orangutan, as a kind of safety net in case anything happens to the remaining real wild populations South of the island.’

Testament to the fact that the new population is doing well are two recent births in 2017, both to orangutan mothers previously released in Jantho in 2012.

Mukhlisin, Manager of the Jantho Reintroduction Station for the SOCP, said: ‘As wild orangutan females normally have their first infants when they’re around 15 years of age, and as most of the orangutans we’ve released in Jantho were between five and ten years old at the time, we knew when we started reintroductions in 2011 it would be a few years before we could see new infants being born. 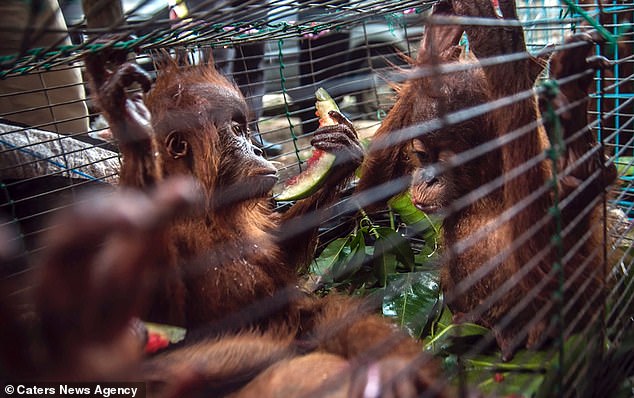 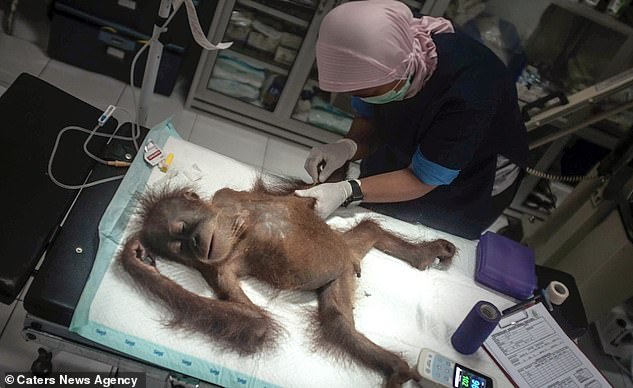 One of the orangutans being released was brought in with a skin disease which affected almost his whole body, while another was extremely malnourished and dehydrated

‘But now that we are finally seeing them, the first generation of a brand new wild population, and we are of course looking forward to many more in the coming years.’

However, Sapto Aji Prabowo, Head of the Aceh Conservation Agency, says that despite the progress the SOCP is making, the issue of illegal trading remains a very serious one.

He said: ‘Whilst the new population we’re creating in Jantho is doing extremely well, we still need to deal with the root of the problem – the fact that orangutans like Leo, Aruna, Cut Luwes, Ully and many others like them are still being captured and kept illegally as pets in the first place.

‘It’s imperative that people are informed and understand that it is illegal to capture, kill, trade, own or even transport an orangutan in Indonesia, and prosecutions are on the increase.

‘People need to be aware that they face prosecution, large fines and lengthy prison sentences if they are caught engaging in these criminal activities!’ 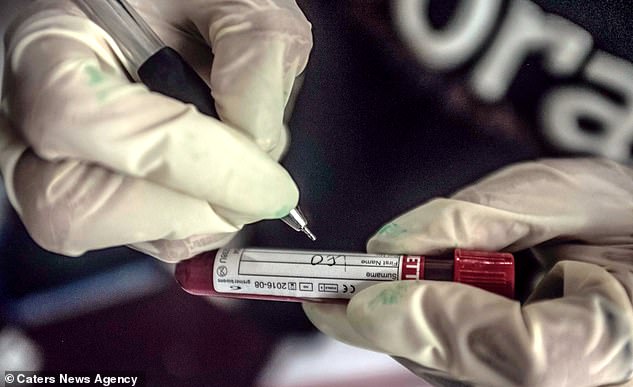 Escape from Kabul: one woman’s perilous path to freedom