Rio de Janeiro: A man opened fire in a cathedral in southern Brazil after Mass, killing four and leaving four others injured before turning a gun on himself, authorities said. 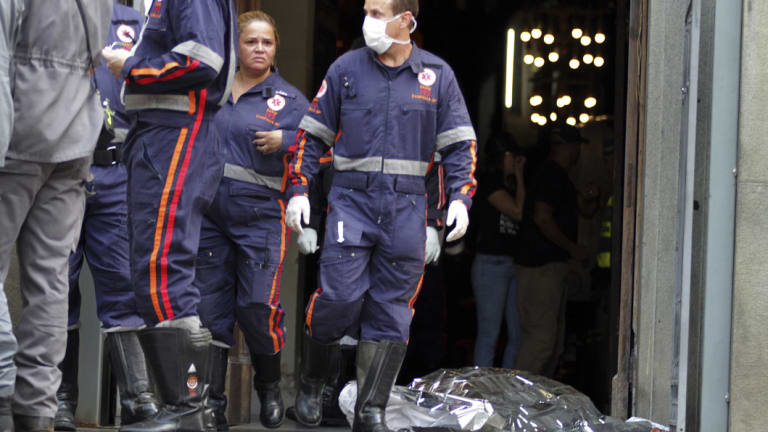 A firefighter walks next to a victim killed at the Metropolitan Cathedral in Campinas, Brazil, Tuesday, Dec.11, 2018. Authorities say an armed man entered the cathedral in southern Brazil on Tuesday afternoon and opened fire, killing at least four people before killing himself.Credit:AP

The incident happened on Tuesday at the Metropolitan Cathedral in Campinas, a city about 100 kilometres north of from Sao Paulo.

Wilson Cassante, a spokesman for the Campinas archdiocese, told The Associated Press that the shooting happened right after Mass was celebrated. He said the officiating priest had left before the shooting began.

A spokesman for Sao Paulo state firefighters told the AP that four injured had been taken to local hospitals. Their conditions were not immediately known.

Cassante said church officials did not recognise the shooter or have any ideas about his motive.

"It's so sad," said Cassante. "It's hard to imagine the pain this has caused."

Globo News reported that the man entered went to the front of the church and began shooting from two handguns.

The motive was isn't clear. Authorities have yet to release the name or age of the suspect.

Offensive conversations in your own home are NOT a hate crime