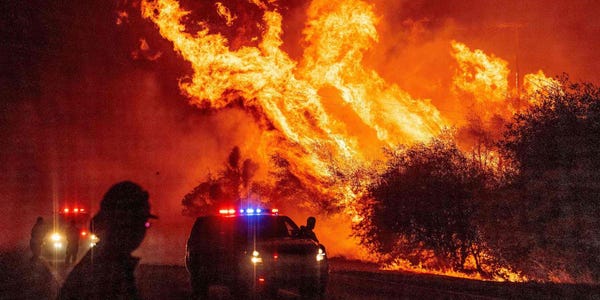 About half of all Americans, or 162 million residents, will likely see a decline in the quality of their environment as the climate crisis continues to cause natural disasters all across the country, ProPublica reported.

The changes would mostly be extreme heat and less water. Around 93 million of them would see severe changes to their environment, and for four million the changes would be almost inhabitable in the next 50 years.

The assessment comes as wildfires ravage the West Coast, hurricanes hit the East Coast, and other natural disasters hit regions all across the country.

Tens of thousands of people have already fled their homes in Washington, Oregon, and California, as unprecedented wildfires have been raging.

The situation also potentially poses health risks. The smoke can damage the lungs, blood vessels, and immune system, which could people to be vulnerable to COVID-19 or other respiratory illnesses.

The conditions could result in migration across the US, potentially causing other issues such as poverty.

A 2018 study, published in the Journal of the Association of Environmental and Resource Economists found that over the next 45 years, a little more than 8% of Americans in the southern part of the country will move toward California, the Mountain West, or the Northwest.

Earlier this year, a State of the Climate report said that on a global scale an estimated 22 million people were displaced because of disasters in 2019. Additionally, the crisis caused 22 million in the Horn of Africa alone to suffer from food insecurity.

In the US, the climate crisis will likely lead to the growth of cities that are not prepared to handle the increased population. The cities' inability to provide basic services will increase already existing inequalities, ProPublica reported.

However, according to ProPublica, the impact is so widespread and diverse that Americans looking to flee one disaster in one part of the country, are likely to run into another issue in another part.

At least 28 million may face mega-fires in areas such as Texas and Florida, while another 100 million in mostly the Mississippi River Basin will likely face extreme humidity that working or playing outside could cause heatstroke.

Additionally, crops will "decimate" in areas all across the middle of the country.

More so, millions of Americans living near coastlines in various parts of the country will most likely have to move as sea levels rise, and as not all cities can afford to mitigate those effects.

ProPublica added that while the effects of climate change have been felt for a while in the US, Americans have relied on wealth so they don't have to relocate or address the issue in the same way others across the globe have.

Furious wife drags ‘cheating’ husband down road by his manhood