Exclusive: More than half of Britons have NOT hugged a friend or relative since restrictions were eased – and only a fifth plan to go abroad on holiday this summer

More than half of Britons say they have not yet hugged a relative or close friend since restrictions on personal contact were eased, MailOnline can reveal today.

Some 51 per cent of those polled for this website claimed they had yet to take advantage of the easing of restrictions introduced on May 17 that allow them to wrap their arms around a loved one.

And in a blow to holiday firms and airlines, the same poll by Redfield and Wilton Strategies found that just a fifth of Brits are planning to take a foreign holiday this year.

More than half of those polled said they didn’t plan to take any form of holiday away from home this year, either abroad or in the UK.

The findings show that the country is being extremely cautious in emerging from more than a year of lockdowns and travel restrictions despite the widespread roll-out of Covid vaccines. 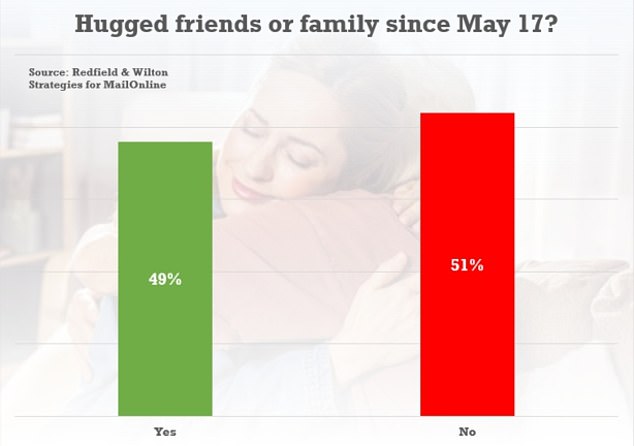 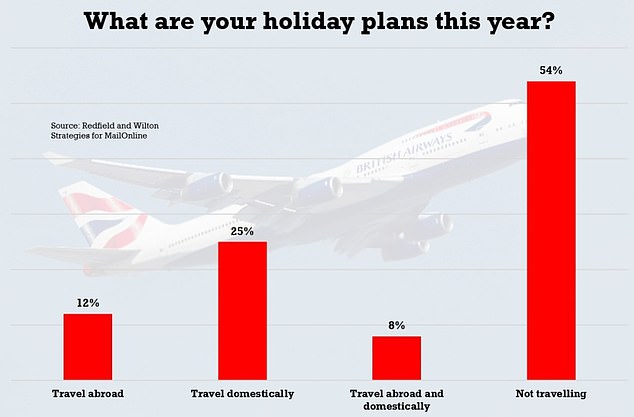 While hugging has been permitted since Monday week, the Government has advised people to exercise common sense, by staying away from those most at risk from Covid, including the elderly and vulnerable – even if they have been vaccinated.

Likewise, while foreign travel has also been allowed since May 17, it has been strictly controlled by a traffic light system that only allows quarantine-free travel to a dozen countries.

Travel to other nations is allowed but is advised against for all-but essential trips, like for funerals.

The Government has come under pressure over the traffic light system, with critics saying that it is confusing for potential travellers.

However, the R&WS poll for MailOnline shows that most people understand how it works and what the restrictions are.

Two two-thirds (67 per cent) said they understood the guidance, against a third (33 per cent) who did not.

And more than six-in-10 (61 per cent) understood that travel to amber list countries like France, Spain and Italy was against Government guidelines but not illegal.

Just 8 per cent though it was still  illegal and 10 per cent didn’t know what the situation was.

More than half 53 per cent said the traffic light system was easy to understand but 39 per cent thought it was confusing.

Grieving daughter loses her father, 78, and son, 28, within weeks

Charlie Hebdo suspect told police he was 'targeting the magazine'