HEARTBREAKING tributes have today been paid to a 13-year-old boy who died after being pulled from a river.

William McNally, 13, passed away just days after he was rescued from the River Gryffe at Auchans Farm, near Houston, on Wednesday evening. 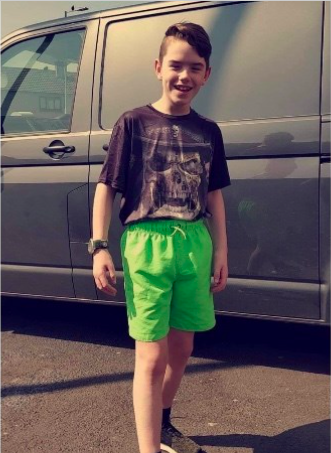 The teen has been described as a "character full of life" who had "many quirky traits".

Cops raced to the river side around 6.50pm on Wednesday and William was rushed to the Royal Hospital for Children in Glasgow in a "critical condition".

Police Scotland confirmed William passed away in hospital in the early hours of yesterday morning.

Tributes poured in for the teenager after his death and a fundraiser has been set up to help his "devastated" family with funeral costs.

A message on the JustGiving page read: "Sadly in the early hours of 5/6/21 13 year old William lost his life in a tragic accident. His parents made the selfless decision to donate his organs and help Save the lifes of many other people. William was a character full of life and had many wonderful quirky traits.

"Any donations would be greatly appreciated to help a devastated family that have had their world turned upside down. Lets help give him the send off he deserves. Rest in peace William."

Paying tribute to William, one person wrote on the fundraiser: "RIP William, I'd never met you but from what I heard from my cousin (your big brother) you were a lovely wee boy."

An investigation into William's death is understood to be ongoing.

Donations can be made to the fundraiser here.