HEINZ was accused of "cultural appropriation" of the classic British breakfast fry-up after promoting their sauce alongside eggs and bacon with ciabatta toast and slices of avocado – but no sausage.

The TV ad for their tomato ketchup showed a brekkie plate with cherry tomatoes and beans placed in a small bowl. 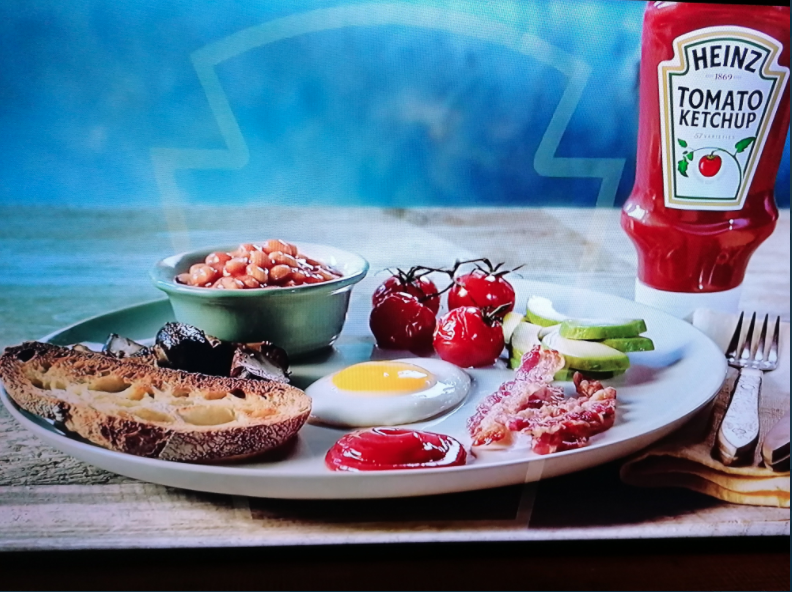 All of the grub was neatly spaced apart, provoking a furious backlash.

Comedian Jason Manford led the outrage, blasting to his 380,000 online followers: "Someone needs a word with @HeinzUK! This is cultural appropriation of a British classic and you've absolutely butchered it!

The TV favourite was responding to a post from angry fellow funny-man Joe Heenan, who said: "This is the fry up Heinz have used for a TV ad. 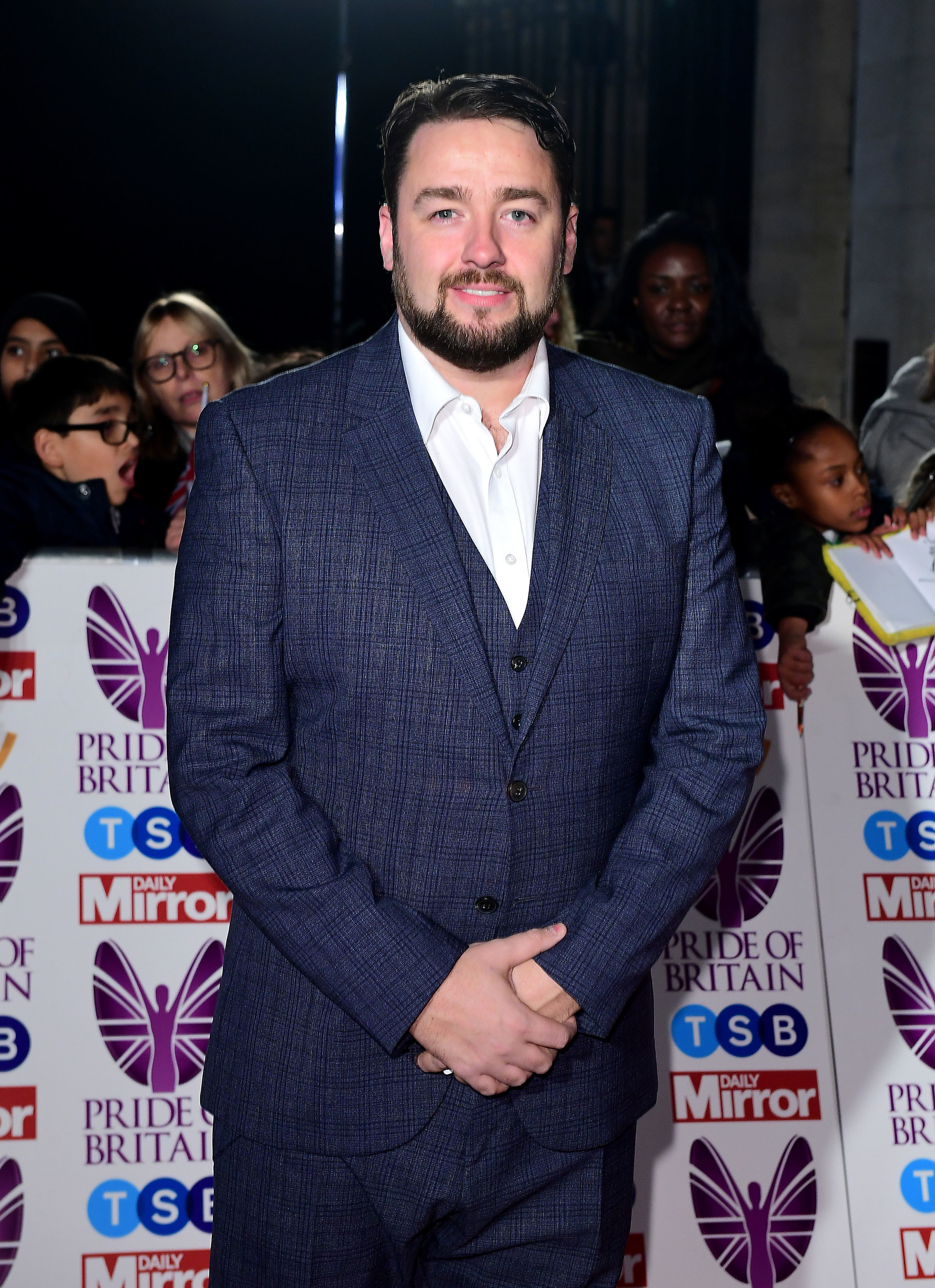 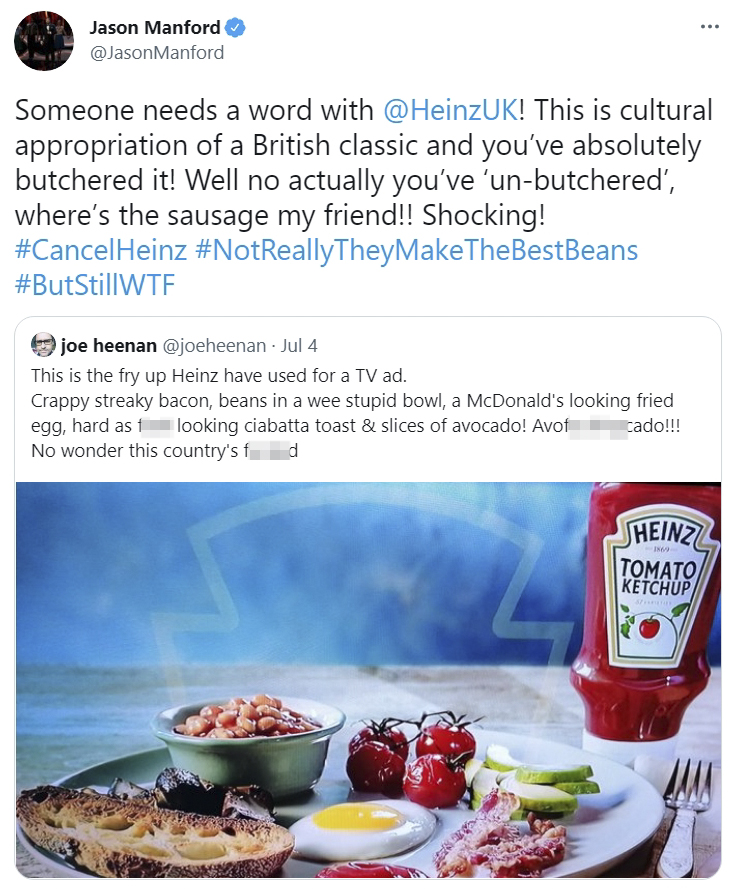 Others were quick to join the condemnation on social media.

Stephen Jordan wrote: "Nobody has a breakfast like that."

Another fan chipped in: "Simply put, that is nowhere near a fry up. They are joking surely?"

One angry sauce lover said "What the hell? I'm a vegan and even I find that utterly horrifying.

SEE YOU IN COURT

Mum's agony after son, 5, 'stabbed to death' as cops quiz woman on murder

Screams heard after boy, 5, 'stabbed' to death as woman, 49, arrested

"A fry-up should be plentiful, rowdy and crowded together like good friends.

Heinz chose not to comment on what many online users called a "PR disaster".