Help for Heroes have announced that 142 of its staff roles are at risk of redundancy after its income has plummeted by almost a third during the coronavirus pandemic.

The military charity, which supports war veterans and their families, announced on Wednesday that it is forced to undergo a ‘major restructure’ to protect its services from the ‘devastating financial impact’ of Covid-19.

In a statement on its website, the charity predicted that there will be an estimated 90 redundancies out of the 142 staff roles that are currently at risk.

Help for Heroes, who employ ex-servicemen and women on its staff, relies on public donations for 97 per cent of its income. 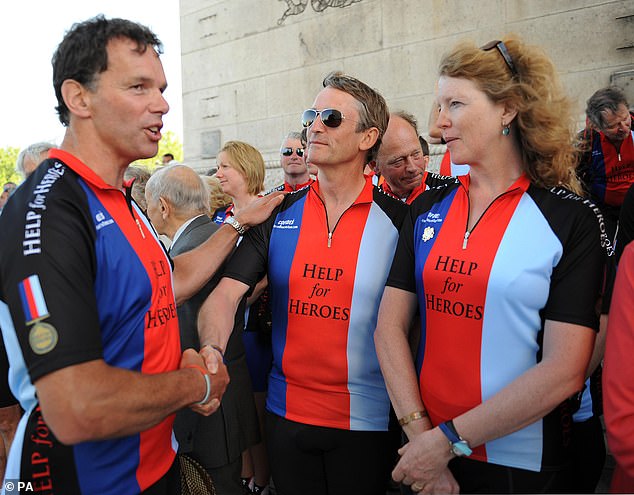 Help for Heroes announced on Wednesday that there will be an estimated 90 redundancies out of the 142 staff roles that are currently at risk due to the coronavirus pandemic. Above, the charity’s founders Barry and Emma Parry (right)

But donations have reduced amid the coronavirus lockdown as face-to-face fundraising events since April have been cancelled or postponed.

It comes after the charity had to furlough nearly 40 per cent of its staff for up to seven months at the beginning of the Covid-19 pandemic in March.

And the charity is now predicting its regular income will drop by 30 per cent over the coming years due to the ongoing economic recession.

A Help for Heroes statement read: ‘This loss of income, coupled with a significant surge in demand for our recovery services during the height of the pandemic, means we have no choice but to review our service delivery and put 142 staff roles at risk.

‘As a result of the proposed changes, we anticipate making up to 90 redundancies.’

Help for Heroes was founded by married couple Barry and Emma Parry in 2007 to provide lifetime support for wounded, sick or injured service veterans. 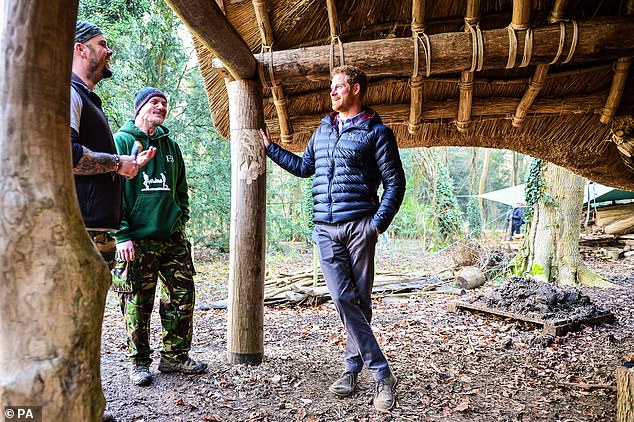 Help for Heroes has had royal support since its founding, as Prince Harry visited the charity’s recovery centre at Tedworth House in Wiltshire in 2017 (above) 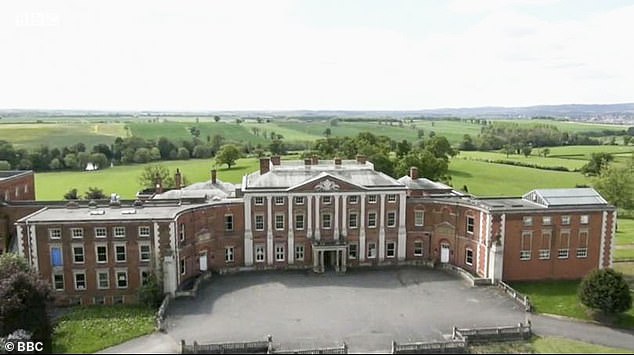 Speaking about the redundancies, the charity’s CEO Melanie Waters said: ‘The crisis has had a devastating impact on the whole UK charity sector, with lasting consequences, and it has hit us hard.

‘These tough decisions have been made to protect the future of the charity and have been taken with our beneficiaries in mind.

WHAT DO HELP FOR HEROES DO?

Help for Heroes was founded by Bryn and his wife Emma Parry OBE in 2007, to provide lifetime support to those wounded in the service of their country.

The couple decided to launch the British charity after visiting soldiers at Selly Oak Hospital in Birmingham.

Mr Parry had served with the Royal Green Jackets, an infantry regiment of the British Army, for ten years and Mrs Parry is the daughter of a soldier.

Help for Heroes started as a bicycle ride to raise £10,000 for wounded soldiers, sailors and airmen but quickly turned into a much bigger venture.

The charity aims to offer war veterans who have been wounded or injured in the line of duty a second chance at life.

Help for Heroes has also been involved with Sports Recovery since 2008, giving the charity’s beneficiaries access to over 50 sports every year.

The military charity also works alongside the Defence and National Rehabilitation Centre, known as Stanford Hall, in Loughborough, which opened in 2019.

It is where the injured or wounded are taken for physical, neurological or mental health rehabilitation after medical treatment at Queen Elizabeth Hospital in Birmingham.

Bryn and Emma Parry devoted nine years to supporting those who are wounded, injured or sick as a result of service in the Armed Forces.

But they stepped down from their executive roles in late 2016, with Melanie Waters being appointed as the new Help for Heroes CEO.

Mr Parry is a cartoonist based in Wiltshire and his work has been published in twelve books, appeared in magazine and is used on stationary and gift products.

‘We remain absolutely committed to our wounded and their families and will continue fighting for, and changing the lives of, those we support for as long as they need it.’

Help for Heroes held £25.38million from investments in the charity’s account in 2019, with an additional £21.14million in cash, totalling a staggering £46.9million.

Three of the charity’s recovery centres – in Catterick, Colchester and Plymouth – will remain closed for the foreseeable future as they continue to offer their support services remotely.

But centre-based services will reopen from its Recovery Centre at Tedworth House in Wiltshire in a Covid-secure setting over the coming months, as the charity hopes to reopen its community office in Wales.

Help for Heroes said demand for its services rose during lockdown, with a 33 per cent increase in new people coming forward for mental health support in May and June this year, when compared to the same period in 2019.

The charity added that it saw nearly 30 per cent more new referrals into its physical health services across the same period.

Help for Heroes are building new Community Rehabilitation Teams from October to increase the amount of staff working on the ground in England and Wales amid the coronavirus crisis.

The charity has received royal support since it became operational in 2007, with its founders Mr and Mrs Parry both having been awarded an OBE.

Prince Harry has visited the charity’s recovery centre in Wiltshire and Prince William attended the launch of the Help for Heroes facilities at Headley Court in 2010.

Harry, who served in the military for ten years, spoke about the importance of mental health when visiting the Wiltshire site in 2017.

Headley Court, which provided clinical Rehabilitation to ex-servicemen and woman, was replaced by the Defence and National Rehabilitation Centre (DMRC) at Stanford Hall in Loughborough in 2019.

Help for Heroes work with the vital centre to provide neurological care, occupational therapy and physical rehabilitation to service personnel.

The DMRC has a specialised Help for Heroes Swimming Pool Complex to help those wounded, injured or sick while serving for their country.

DMRC facilities were situated at Headley Court in Surrey from 1947 until 2018 before being moved to Stanford Hall in Leicestershire – with Help for Heroes’s charitable assistance moving across with them.

Help for Heroes contacts those that are being supported at the DMRC to start planning their individual recoveries, and continues to assist them after their rehabilitation due to its pledge of lifetime support.