A HILARIOUS frantic fail at sea has gone viral after a family crashed their tiny boat into a Russian billionaire's £360 million super-yacht.

The incident, which happened off the coast of Galicia, Spain, occurred after they sailed out to get a better look at Andrey Melnichenko's colossal vessel – only to veer into its hull. 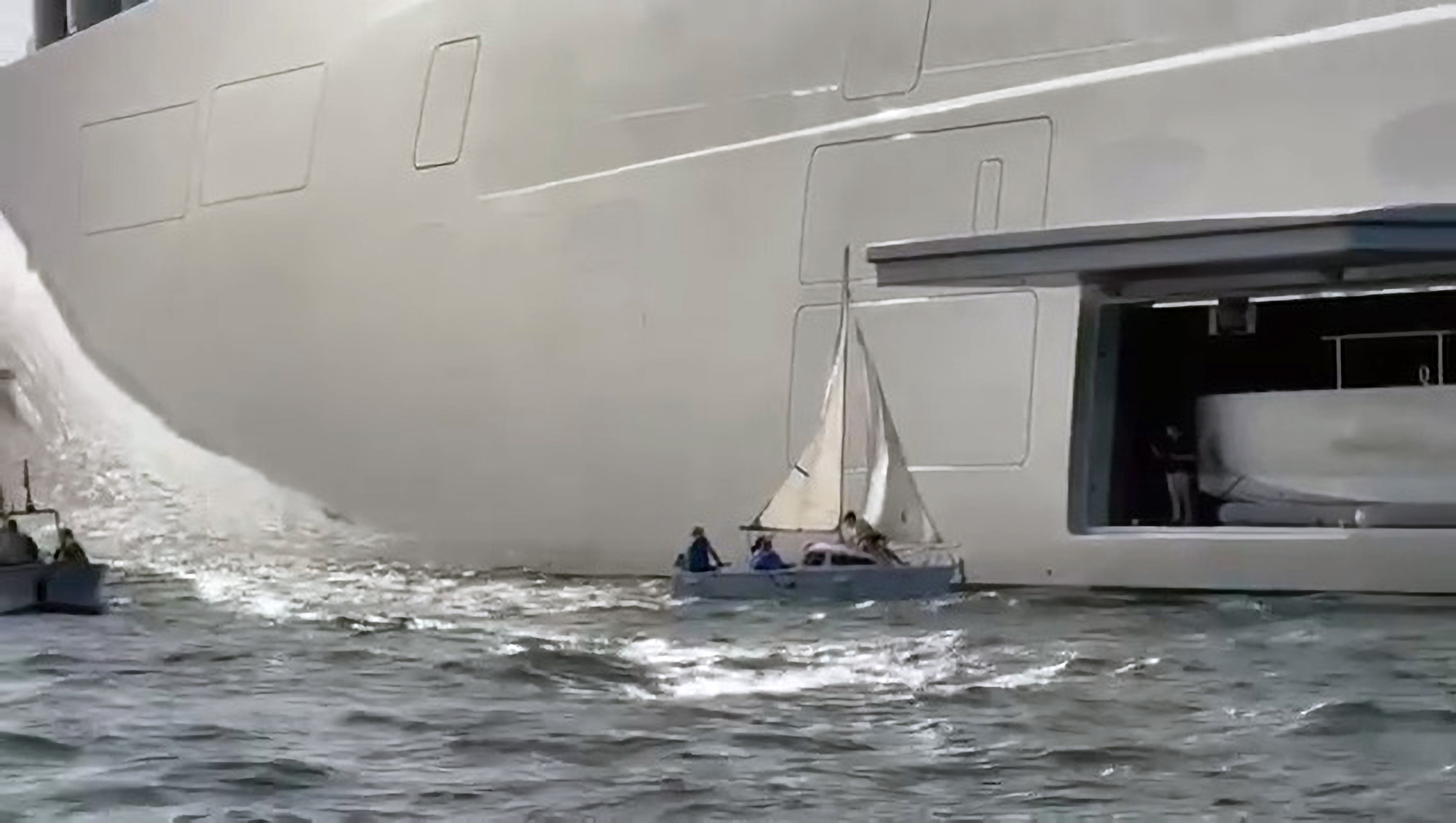 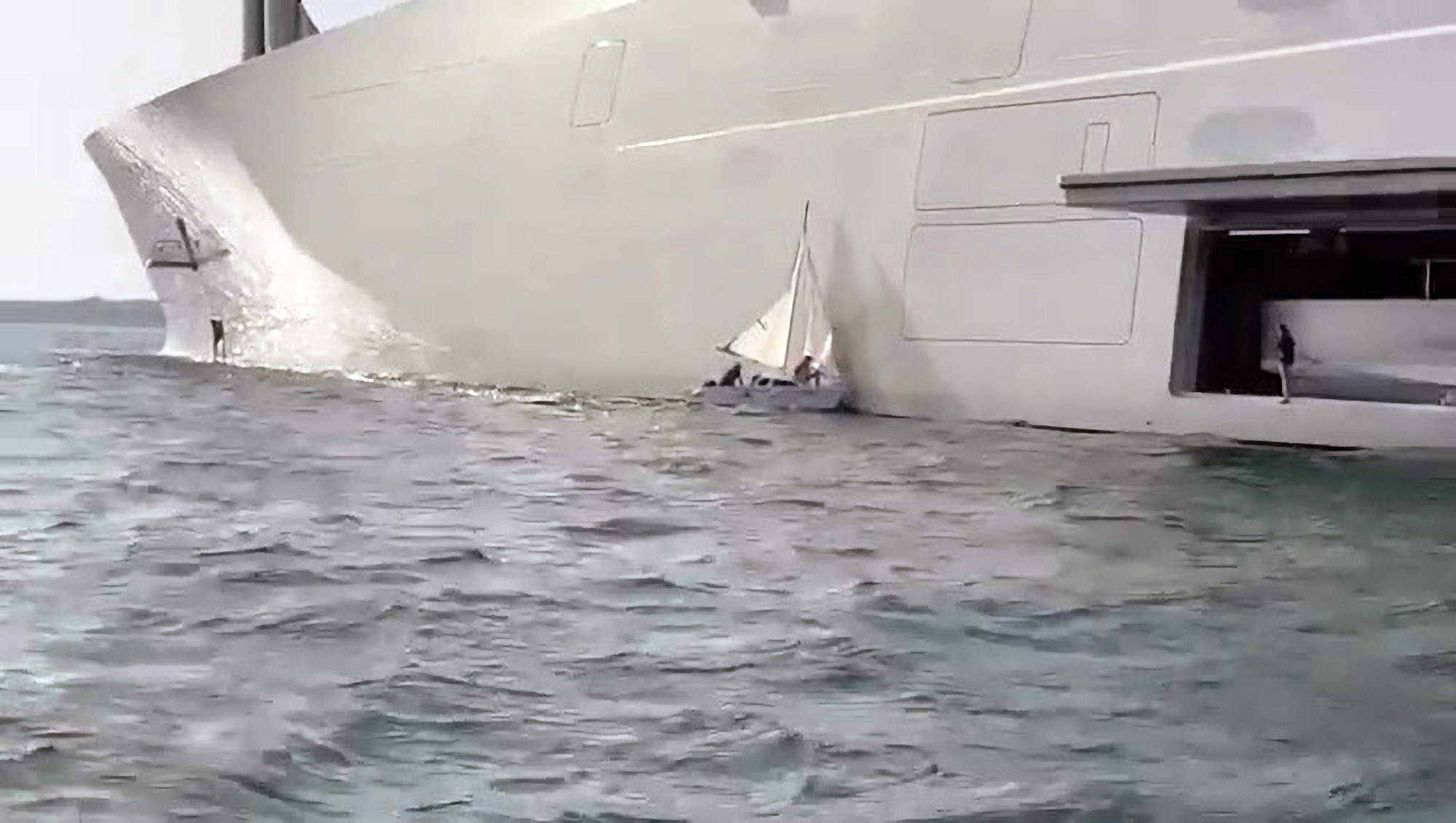 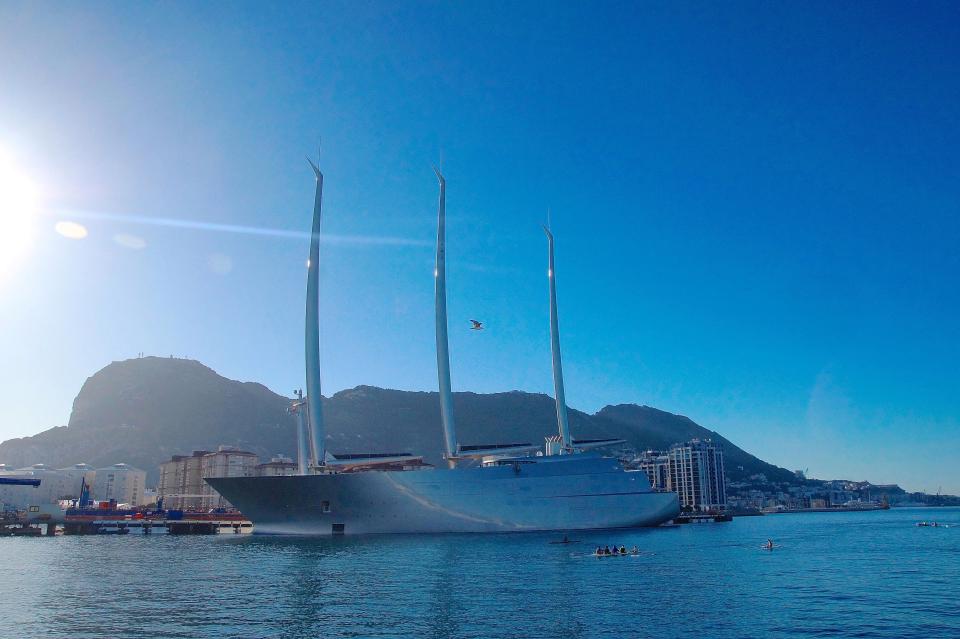 As the boat crashes, the children aboard can be heard yelling at their father in Spanish as he frantically tries to steer the ship away.

The little boat then scrapes against the shiny exterior, with two crew members peering downwards to watch the family struggle.

Much to the fury of the captain, this collision reportedly caused a scratch to the ship measuring several metres.

The magnificent vessel spans the length of more than one and half football pitches and has three masts taller than Big Ben.

Around 50 smaller boats flocked around the spectacular vessel on the day of the crash, when it was moored off Galicia over the weekend.

The enormous super-yaught is owned by the 48-year-old Russian industrialist Melnichenko, who is worth an estimated $17.9 billion (£13 billion) by Forbes. 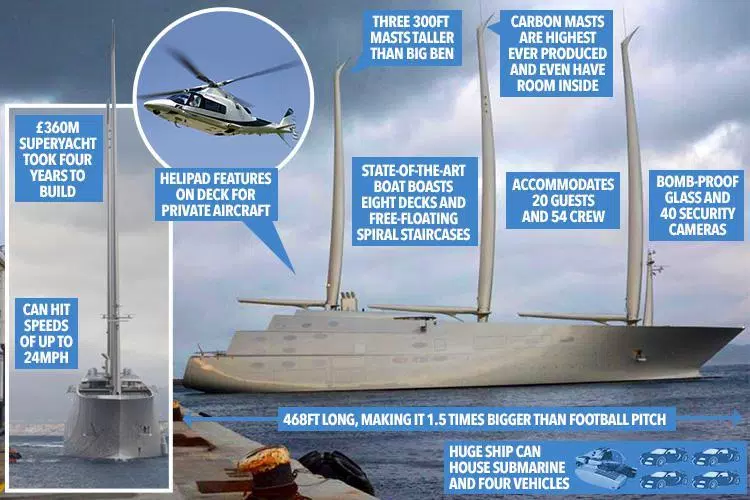 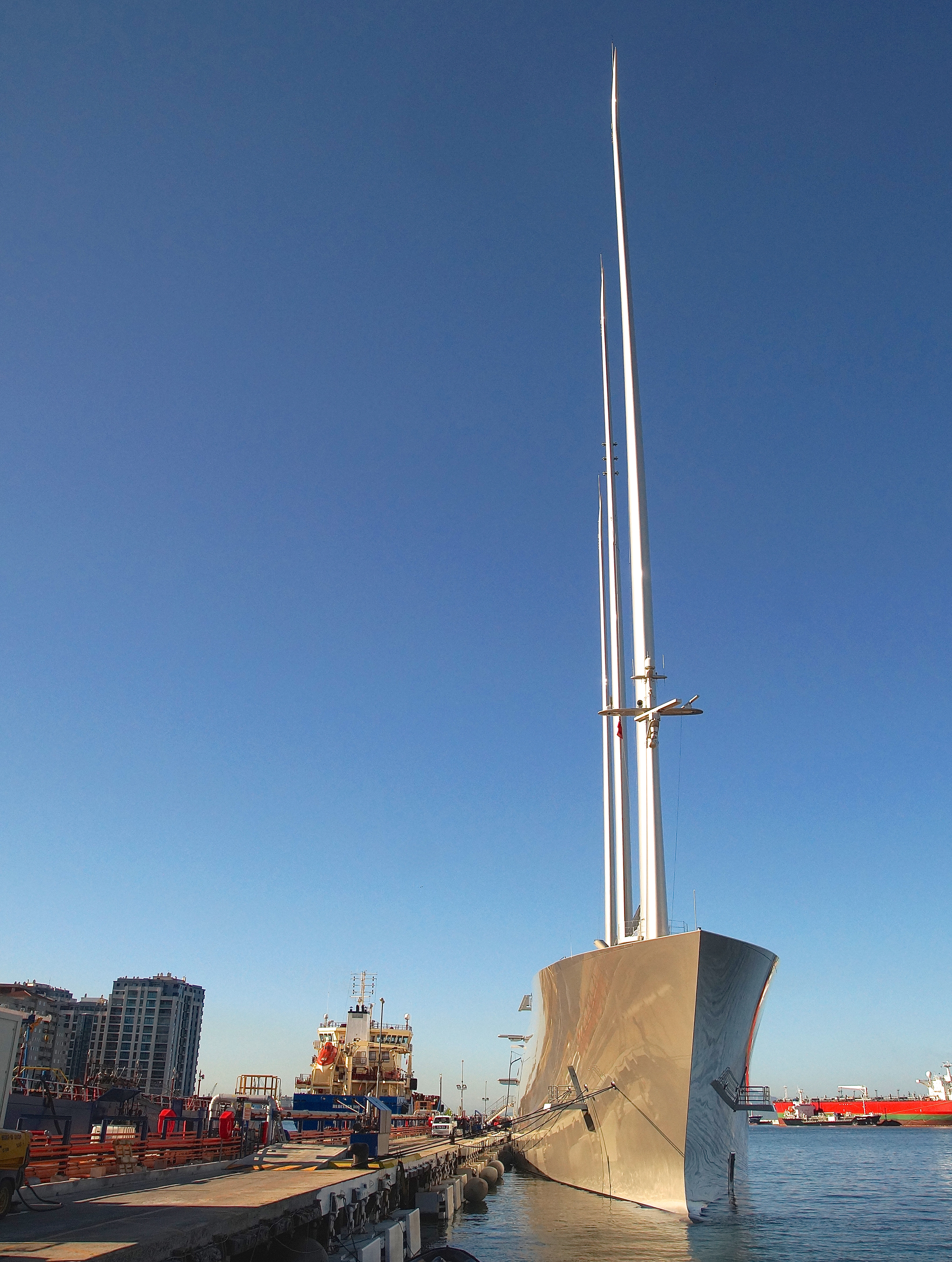 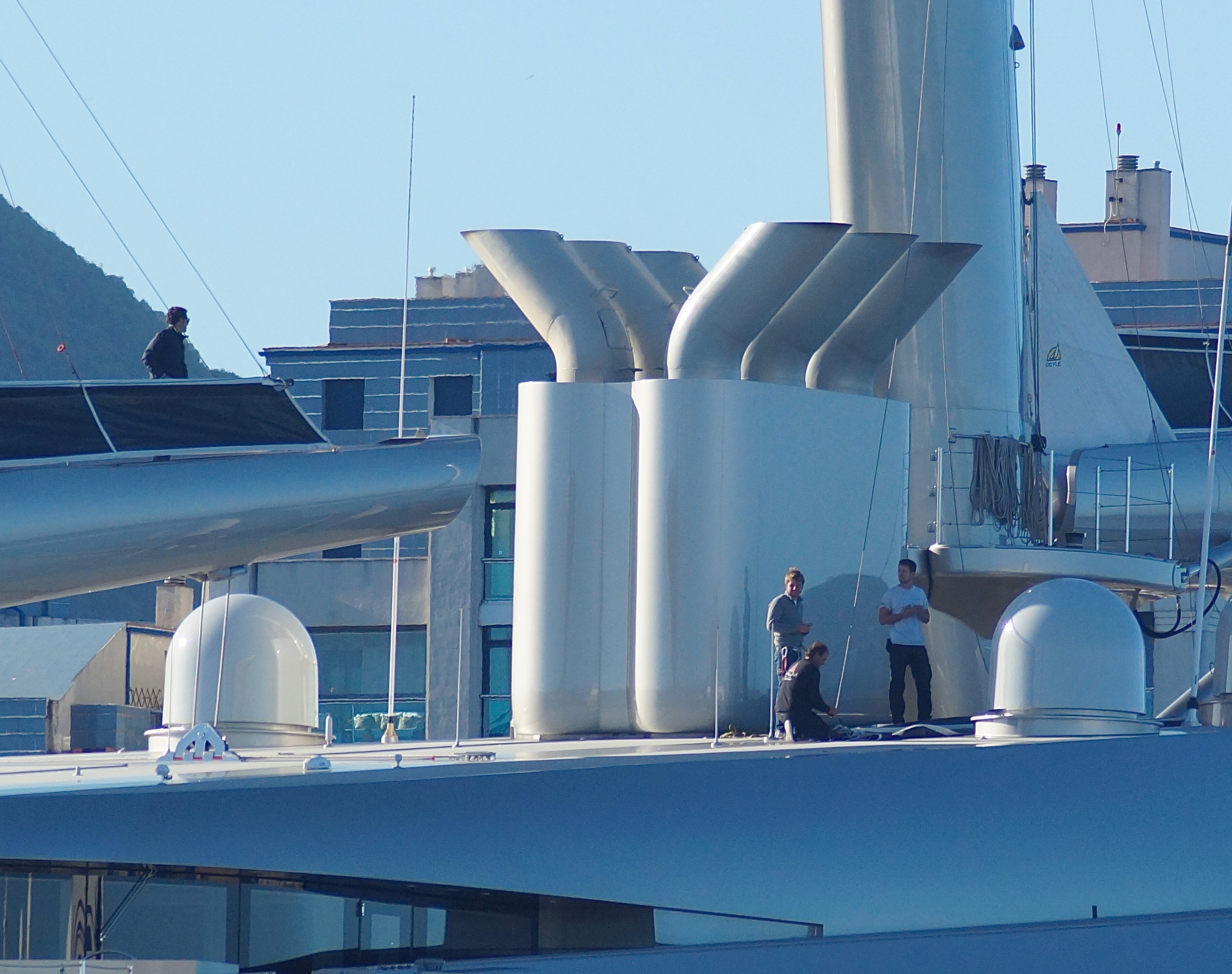 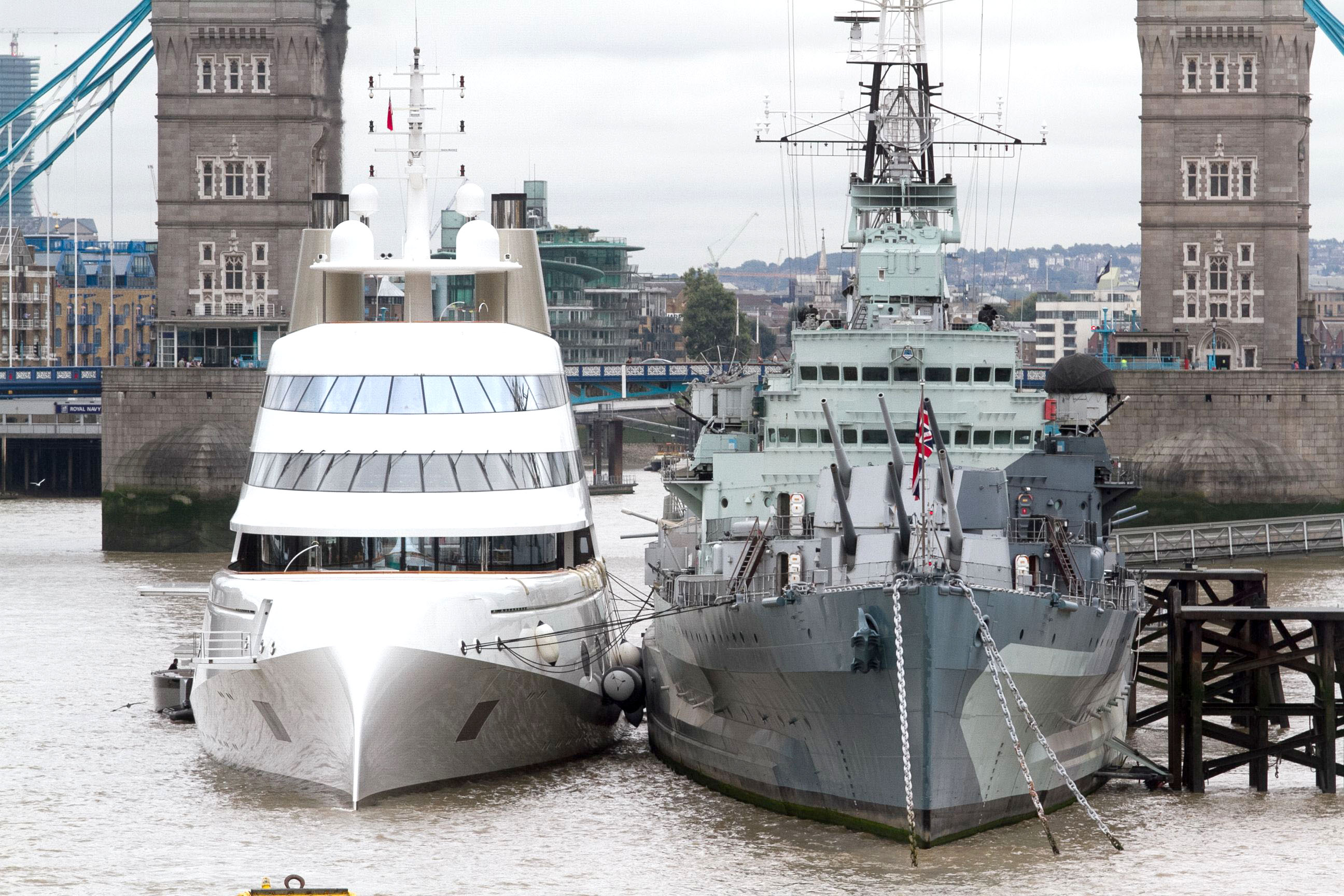 Man in his 30s dies after high street fight as two men, 24, arrested on suspicion of murder

Swiss brothels CAN reopen from June 6 with 'safe' sex positions