This is the shocking moment a hit-and-run driver mounts the pavement and ploughs into a teenager as he races to move out of a car’s way.

Security cameras capture the teenager, who miraculously escapes with minor injuries, as he walks with his friend by a road in Itapetininga, Sao Paulo.

The pair soon spot the car approaching behind them and dash to keep out of its way.

But the vehicle, which appears completely out of control, then swerves suddenly onto the pavement. 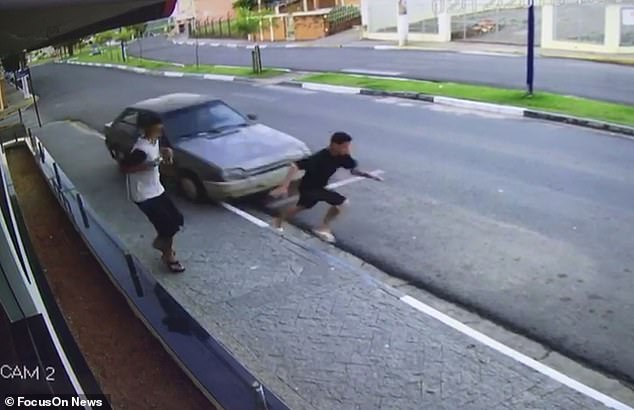 At the last second, the driver dashes to the left – just as the teenage rushes in the same direction to avoid being hit.

The 17-year-old slams onto the bonnet and is propelled down the road by the car which appears not to slow down.

He is then thrown off to the side of the road by the car, tumbling into a strip of grass at the centre of the two lanes.

The motorist continues along the road, dashing past a parked car on the right before disappearing into the distance, 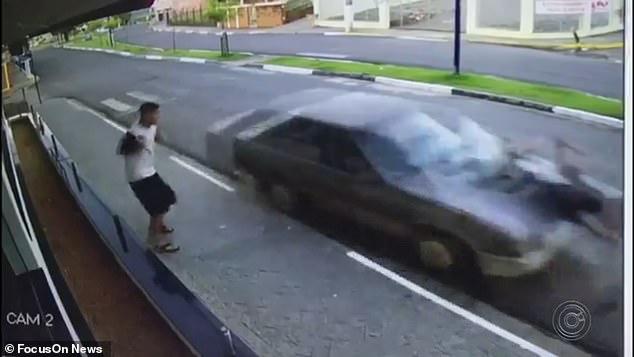 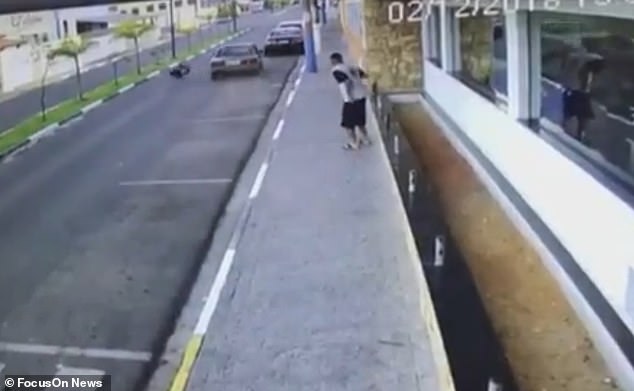 His stunned friend, who has been rooted to the spot in panic, then runs over to his friend.

But the teenager, who has asked not to be identified, miraculously only suffered cuts and bruises to his back, legs, feet and arms, and said he was lucky as the outcome could have been worse.

‘It was very horrible, I could have died,’ he told Globo News after being discharged from hospital.

‘It’s been very difficult to go through this, especially because the driver drove off without helping me. I want to know who did this because they should take responsibility for their actions.

‘I’m in a lot of pain because of the accident, but I’m glad it was not more serious.’

Investigators said witnesses reported that the driver was a woman.

An investigation has now been launched to identify her.