Priti Patel has hit back at the Police Federation as a furious row over a pay freeze for officers rumbles on.

The Home Secretary said frontline staff are ‘not interested in politics’ and they want ministers to ‘take practical action that helps them get on with their job’.

The comments will be seen as a rebuke for the Police Federation after its members passed a motion of no confidence in Ms Patel last week.

The organisation, which represents more than 130,000 officers from the rank of constable to chief inspector, has demanded a U-turn over the pay freeze and warned its members feel ‘taken for granted’. 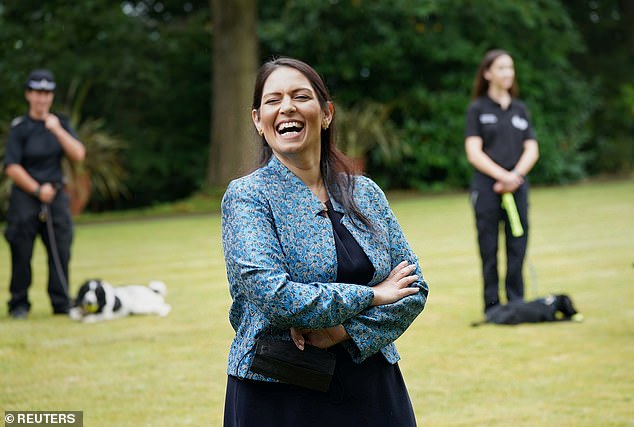 Officers who earn more than £24,000 are subject to a pay freeze this year, compared with NHS staff who will receive three per cent and firefighters and local government workers who will receive 1.5 per cent.

As a result the federation has walked away from the Police Remuneration Review Body, which was set up to advise the Government on pay.

The letter said that for many the pay freeze was the ‘final straw’ following the challenges of policing through the Covid-19 pandemic.

It criticised the Government over its ‘endlessly changing and confusing Covid legislation’ and ‘failure’ to take seriously requests that officers should be given early priority for vaccination.

But Ms Patel has now responded to the broadsides as she appeared to accuse the Police Federation of playing politics.

Writing in the Daily Express, Ms Patel said: ‘The message I have heard this week is the same one I hear from Cleveland to Cornwall when joining officers on the beat – they’re not interested in politics, they want their Government to take practical action that helps them get on with their job.

‘They want to clamp down on violent crime, smash up county lines drug gangs and get knives off our streets. 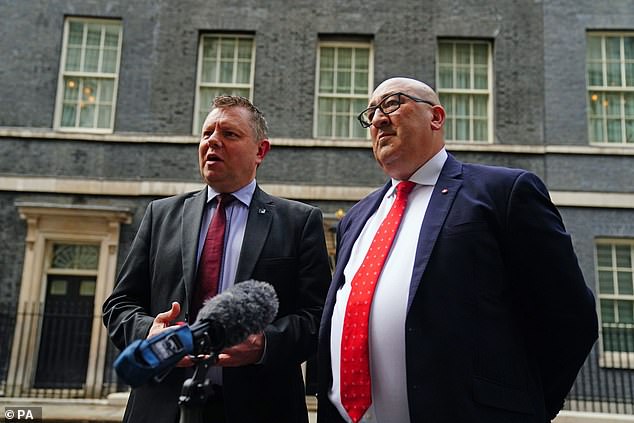 ‘I will always fight to give them what they need to do their job. And the action this Government has taken so far is making a real difference to policing and is having a real impact across the country.’

She added: ‘There are no easy days in policing. Officers make extraordinary sacrifices but they have my unconditional support to cut crime and keep the public safe.’

Mr Apter and Mr Marsh posed on Whitehall in front of a vehicle carrying a large banner criticising Ms Patel when they delivered their letter earlier this week.

The banner showed a picture of the Home Secretary and the message: ‘No Covid vaccine. No police pay rise. No confidence in Priti Patel. Police officers have given everything. Yet you’ve given us nothing. #FairPayForPolice.’

A Home Office source later described the billboard as a ‘cheap political stunt’ and a ‘deeply unpleasant, nasty and personal attack’ on Ms Patel.

UK Weather: 50 flood warnings issued across Britain as river banks burst after downpours ahead of 'warmest NYE ever'