HOMELESS people will be prioritised for the Covid vaccines.

The Health Secretary Matt Hancock said it was important “no one gets left behind” in UK’s race to jab the population. 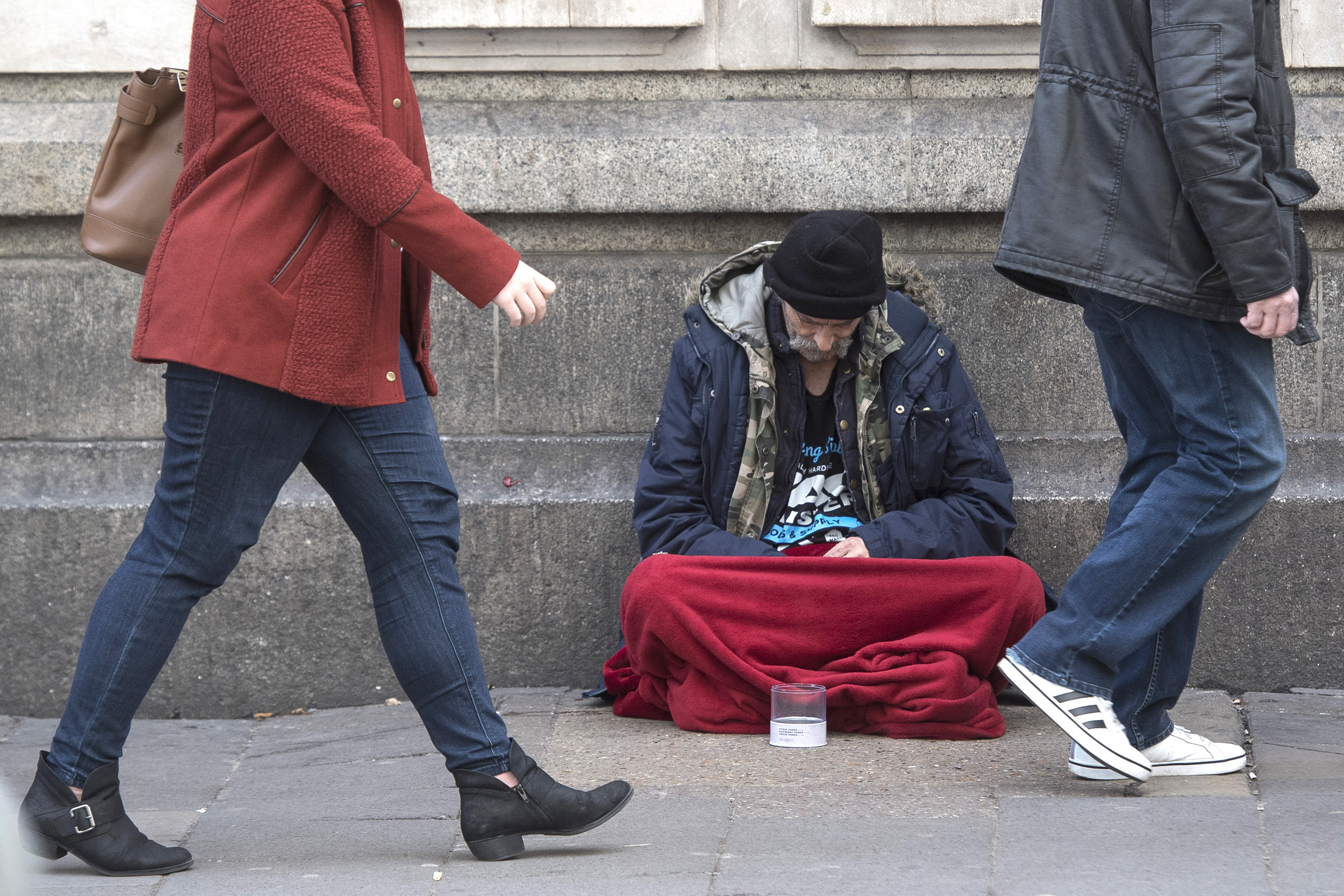 It comes after a recommendation from the Joint Committee on Vaccination and Immunisation (JCVI) – the independent committee that has been advising the Government on how best dole out jabs.

Mr Hancok said: “Our vaccination rollout is moving at an incredible speed with two in every five adults now having received at least one vaccine.

“It’s so important that nobody gets left behind in this national effort.

“We know there are heightened risks for those who sleep rough and today I have accepted the advice of the independent experts at the JCVI to prioritise those experiencing rough sleeping or homelessness for vaccination alongside priority group 6.

“This will mean we will save more lives, among those most at risk in society.”

Group six also include adults of all ages who have severe health conditions.

There are nine priority groups in total that the Government have pledged to reach by mid-April, including all over 50s.

Minister for COVID Vaccine Deployment, Nadhim Zahawi said: “This is a very challenging period for people who are homeless.

“We know those experiencing rough sleeping or homelessness aren’t always able to access healthcare routinely and therefore can often have a range of health issues which can leave them at an increased risk of this virus.

“Following the recommendation by the JCVI local teams will now be able to prioritise this group for vaccination alongside priority group 6 and make sure fewer people fall seriously ill or die from COVID-19.”

The JCVI chose to bump homeless people up the list because they are likely to have undiagnosed health conditions.

Underling ill health is a risk factor for severe Covid disease – for which the vaccines have been proven to effectively prevent.

Professor Wei Shen Lim, COVID-19 Chair for JCVI, said: “The JCVI’s advice on COVID-19 vaccine prioritisation was developed with the aim of preventing as many deaths as possible.

“People experiencing homelessness are likely to have health conditions that put them at higher risk of death from COVID-19.

“This advice will help us to protect more people who are at greater risk, ensuring that fewer people become seriously ill or die from the virus.”

The lockdown has seen thousands of people who sleep rough housed in emergency accommodation.

Housing Secretary Robert Jenrick said 37,000 people “at risk of rough sleeping” had been housed during the pandemic.

This makes it easier to offer those people a vaccine – which will likely be the Oxford/AstraZeneca jab that does not need to be stored at freezing temperatures.

Rosanna O’Connor, Acting Director for Health Improvement at Public Health England, said: “People who are homeless or who sleep rough face reduced access to healthcare, and experience some of the highest rates of poor health outcomes and undiagnosed health issues.

“We welcome this decision of JCVI.”

The JCVI will continue to consider the emerging evidence and will keep its advice under review.

It recently gave up update on how the vaccine programme should be deployed beyond the top nine priority groups.

Teachers and police officers will not be given prioritisation ahead of anyone else because evidence does not suggest they are at an increased risk of Covid death.

Instead, the programme will continue to move down the age groups, starting with people aged 40 to 49, as the JCVI says age is still the single biggest risk factor for Covid-19.

Teaching unions reacted angrily to the news, while the national chairman of the Police Federation of England and Wales said it was a “deep and damaging betrayal” of police officers, which “will not be forgotten”.

But Mr Hancock defended the plan, saying it is the “fastest and simplest way to roll out the jabs”.

England’s deputy chief medical officer, Professor Jonathan Van-Tam, said that prioritising by occupations would “damage the pace of the vaccine rollout so much” because it would be complicated to arrange.

Calls for those of ethnic minority to be invited for a jab first were also ignored – but the JCVI said there should be “flexibility” at a local level.

Leading doctors warned the failure to prioritise people by their ethnicity would cost lives, calling the vaccine strategy “colour-blind”.

Jilted Fiancé Allegedly Stabbed Woman to Death After She Broke off Engagement, Gave Back Ring