A cat owner has taking paying tribute to his pet to the next level with a giant topiary in its honour outside his home.

The two metre tabby cat has been expertly shaped into the existing foliage on a street in North Shields, North Tyneside, delighting passers-by and proving popular with dogs too.

The owner, who wishes to remain anonymous, regularly tends to the garden to ensure the hedge is kept in perfect shape. 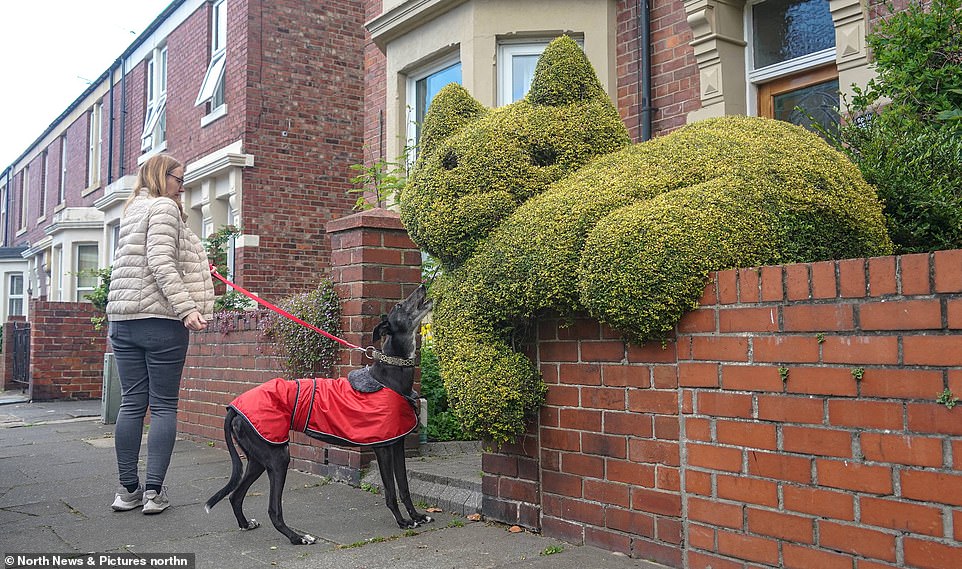 The two metre tabby cat has been expertly shaped into the existing foliage in the garden, bringing delight to passers-by

These pictures show one dog barking at the sight of the giant cat lounging on the garden wall.

Recent data estimates that there are around 12 million cats being kept as pets in the UK, putting them on a level playing field with dogs, also at 12 million.

They are followed by indoor birds at 1.3 million, domestic fowl at 1.2 million, rabbits at one million, guinea pigs at 0.8 million and hamsters at 0.6 million.

More unusual pets are horses and ponies, with estimates suggesting there are 0.5 million in the UK, pigeons, also at 0.5 million and tortoises and turtles at 0.4 million. 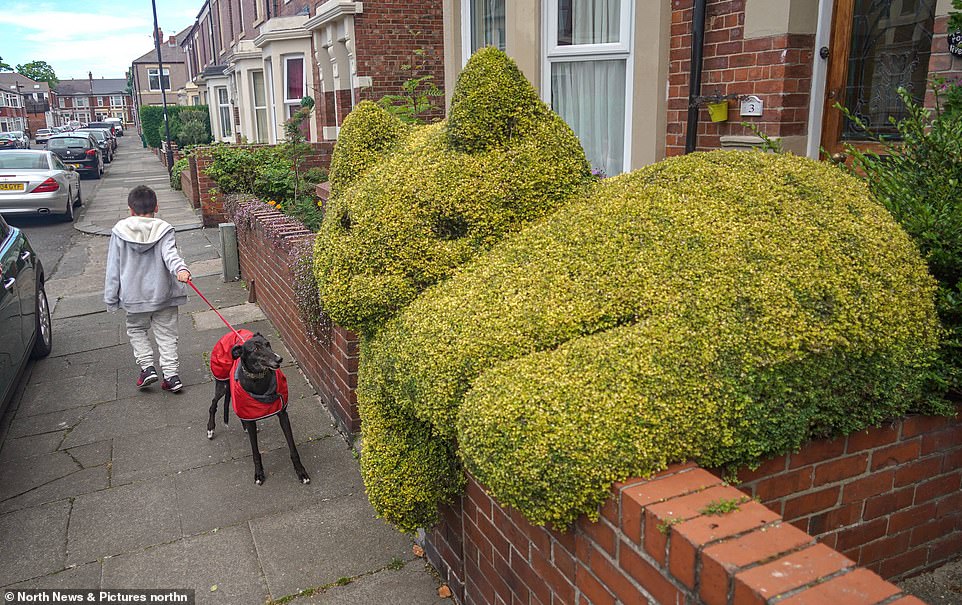 The huge tribute is causing quite a stir with local dogs, with reports that some are stopping to take a look at the hedge

Dogs Trust reviewed advertisements from the past three years on some of the UK’s largest classified advertising websites and found significant price hikes including for Dachshunds that cost an average of £973 before March with prices rising 89 per cent to £1,838 just months later.

Other breeds to have experienced a price increase include English Bulldogs, French Bulldogs, Pugs and Chow Chows

Staffordshire bull terriers, chihuahuas and cocker spaniels are among the most sought-after breeds being targeted by dognappers who are looking to cash in during the pandemic. 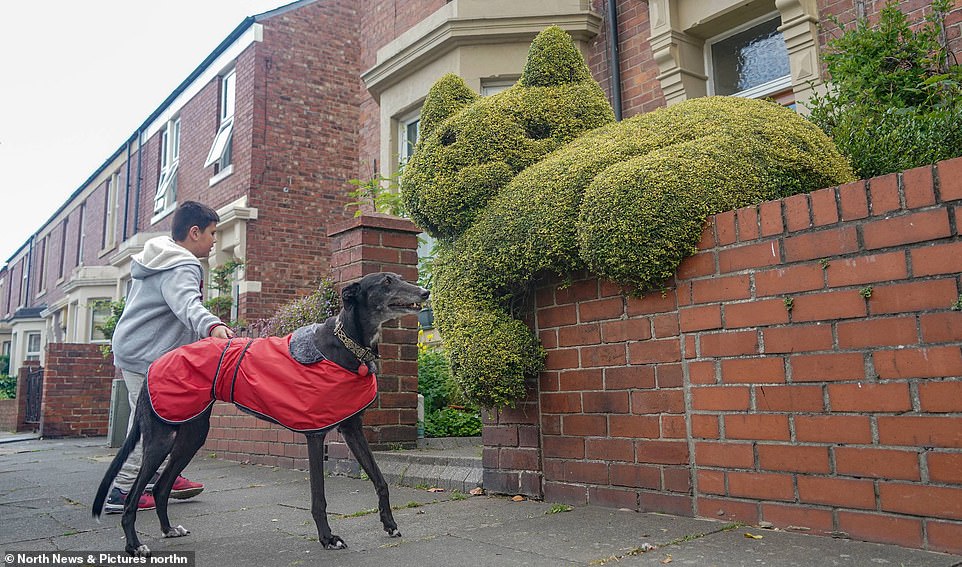 The owner, who wishes to remain anonymous, regularly tends to the garden to ensure the hedge is kept in perfect shape

Last month, Prime Minister Boris Johnson announced that his government is looking at tough punishments for thieves or people who abandon their pets.

Plans to prosecute people under animal welfare laws instead of the Theft Act 1968 are being considered.

Ministers are said to think this change will mean ‘the emotional attachment between owners and their pets’ is considered in more cases.