Hospital worker’s incredible antiques treasure trove including an embroidery from 1680, teapot from 1770 and globe from 1810 could fetch £30,000 at auction after being unearthed following her death 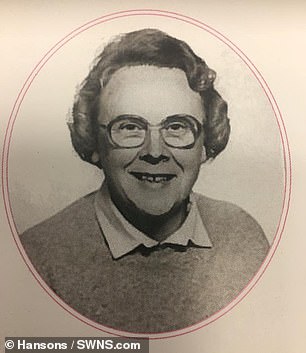 The Aladdin’s cave of treasures was discovered at the late Priscilla Kidman’s (pictured) home in Quarndon, Derby

An incredible collection of antiques amassed over 70 years by a hospital worker before her death could fetch £30,000 at auction after recently being unearthed.

The Aladdin’s cave of treasures was discovered at the property in Quarndon, Derby, which belonged to the late Priscilla Kidman, who died at the age of 97 on January 4 this year.

Antiques experts, appointed to handle the sale of contents of the home, were left ‘stunned’ by a rich array of 150 items which feature fine ceramics, silver, paintings, centuries-old letters and vintage greetings cards.

Some of antiques and ephemera include embroidery dating back to 1680 and a globe from 1810 – made only 40 years after Captain Cook discovered Australia.

Other items include a diamond crescent brooch, an Edwardian emerald, a diamond brooch a Meissen teapot from 1770.

Now the former Derbyshire Royal Infirmary almoner’s treasures, which were collected over her lifetime, could make tens of thousands of pounds at auction.

They are expected to fetch over £30,000 when they go under the hammer at Hansons Auctioneers, in Etwall, Derbyshire, on February 24.

Charles Hanson, owner of Hansons, said: ‘The collection of the late Priscilla Kidman captures the art of collecting over 70 years. 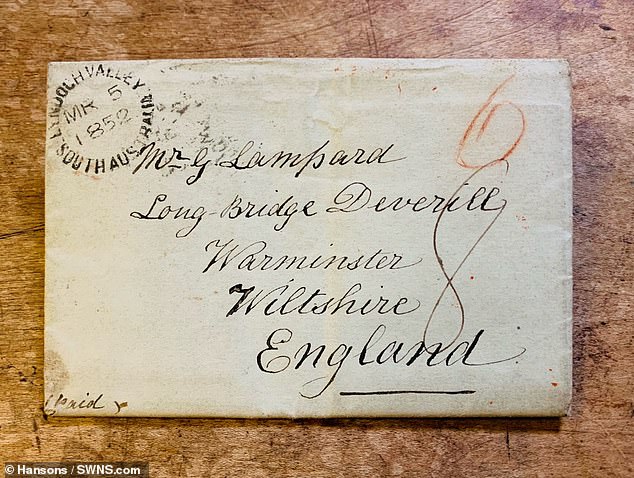 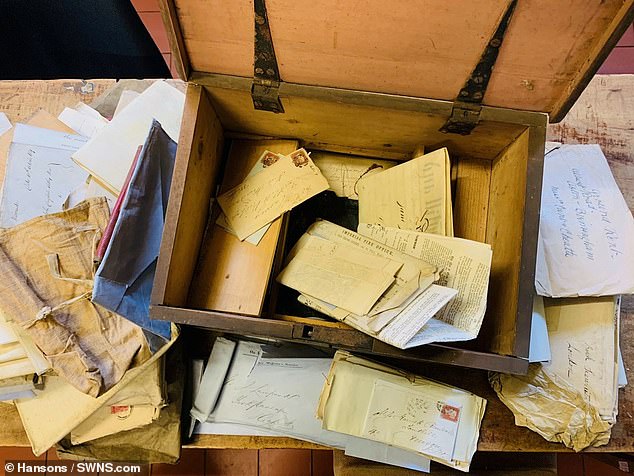 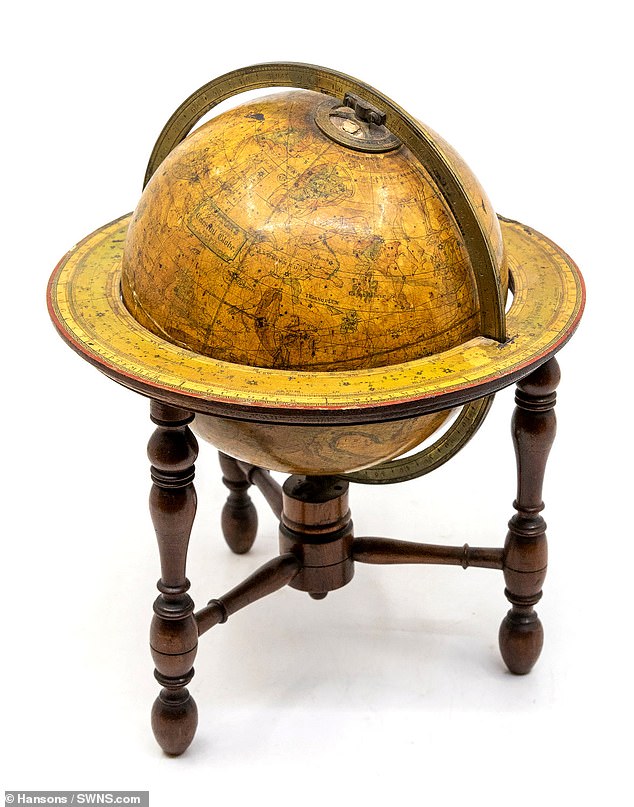 ‘Our valuers have been amazed by the finds during what has been a fascinating cataloguing process.

‘For example, uncovered from a cupboard was a stump work embroidery dating back to circa 1680.

‘Depicting a lady in a landscape with acorn leaves, it was made during the reign of Charles II.

‘There were other unique historical finds, too. In one box, we came across a letter sent from Australia to Wiltshire in 1852 talking about the Australian Gold Rush. 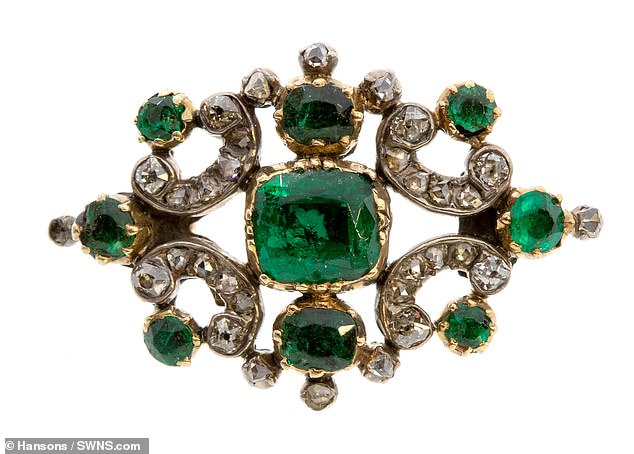 A victorian diamond and emerald brooch. One of 150 lots in total, which could fetch in excess of £30,000 in Hansons Auctioneers’ Winter Fine Art Auction on February 24 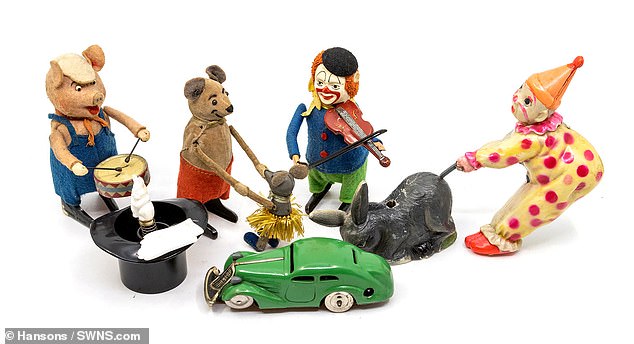 Vintage toys discovered at the property show a pig playing a drum, a clown playing a violin and a clown pulling a donkey’s tail 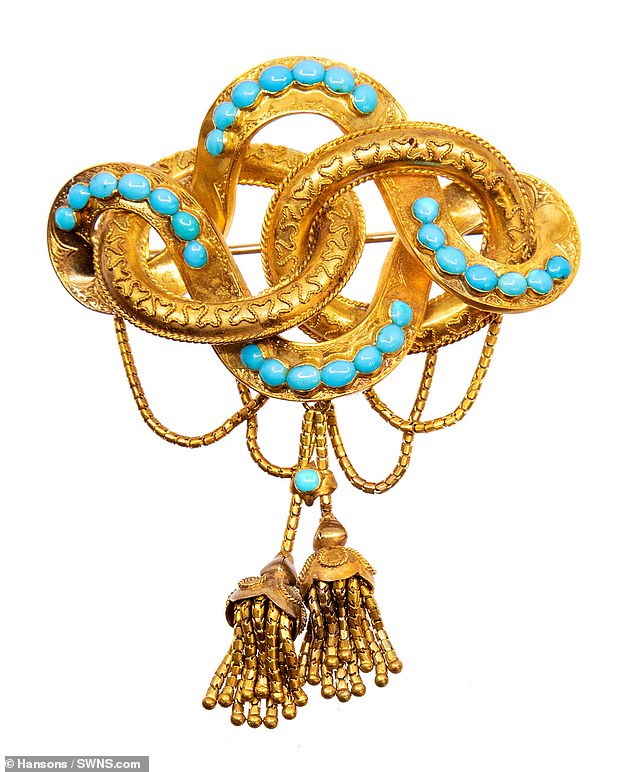 A Victorian Etruscan revival love knot brooch. The brooch was made by A.B Savory & Sons London, jewellery makers and silversmiths with roots dating back to mid-1800s

‘In another box we found an 1813 workhouse token from Birmingham with an oval portrait of a young gentleman with a lock of his hair.

‘Other items include a beautiful diamond crescent brooch, an Edwardian emerald and diamond brooch, a Meissen teapot from 1770, an important carved Cantonese ivory glove box, which is expected to make over £1,000, and a beautiful table globe, circa 1810.

‘The Globe was made only 40 years after Captain Cook discovered Australia.’

Priscilla, who was born in Derby in 1923, was the daughter of Dr George Kidman, a general physician at Derby Hospital.

A keen sportsman, he played rugby for Guys Hospital in London and for the Barbarians against Wales. 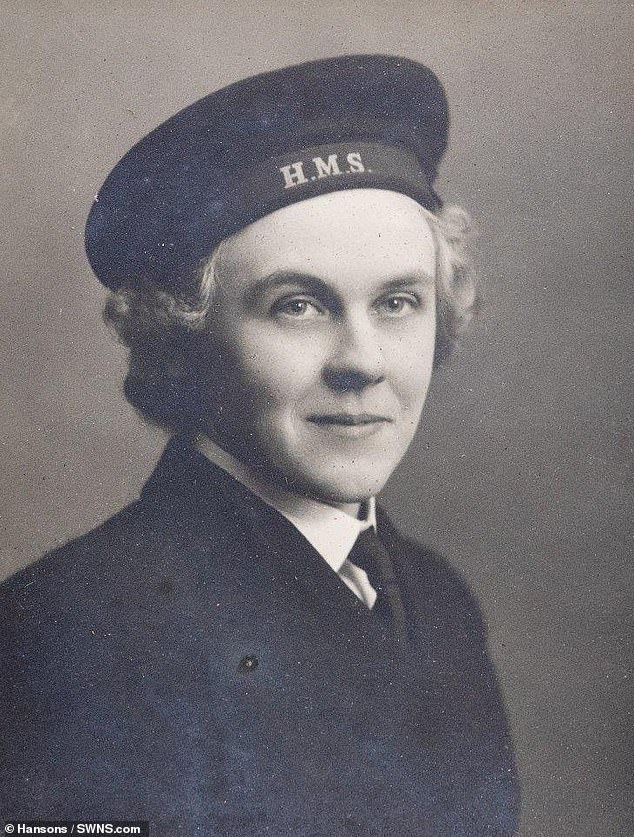 Priscilla Kidman in her youth. In 1941 she gained a place at St Anne’s College, Oxford and in 1944, during the Second World War, she joined the Wrens and served in Portsmouth until 1946 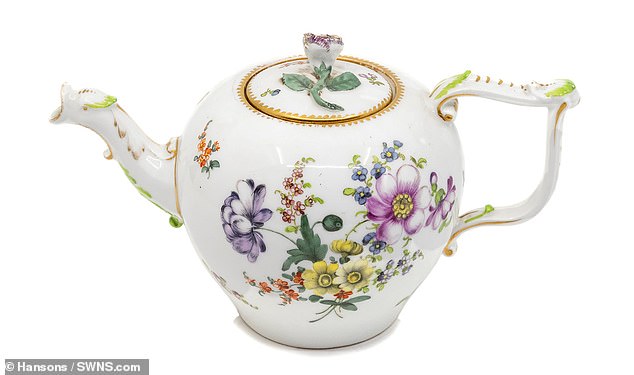 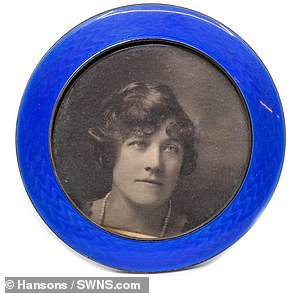 Priscilla Kidman in her youth

Meanwhile her mother, Marjorie, was known for her many philanthropic activities in Derby and was involved in the music scene.

Priscilla was educated in Derby until the age of 13 before transferring to St Mary’s School in Calne, Wiltshire, a private boarding school.

In 1941 she gained a place at St Anne’s College, Oxford and in 1944, during the Second World War, she joined the Wrens and served in Portsmouth until 1946.

Afterwards, she qualified as an almoner in Winchester and returned to her home city where she worked for 30 years.

After retiring in 1984, Priscilla lived life to the full and pursued many hobbies and interests, travelling the world for more than 25 years visiting friends and family. 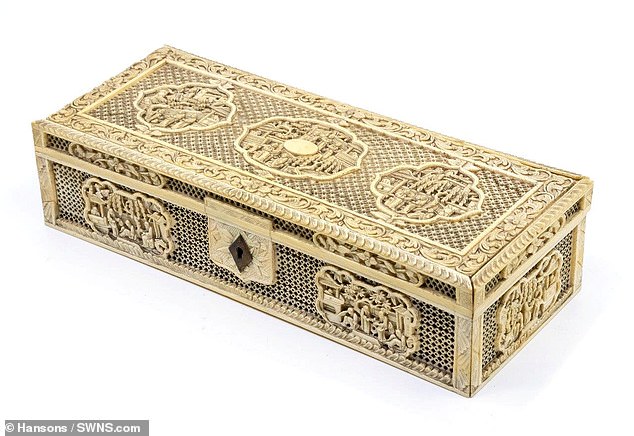 An ‘important’ carved Cantonese ivory glove box, which is expected to make over £1,000 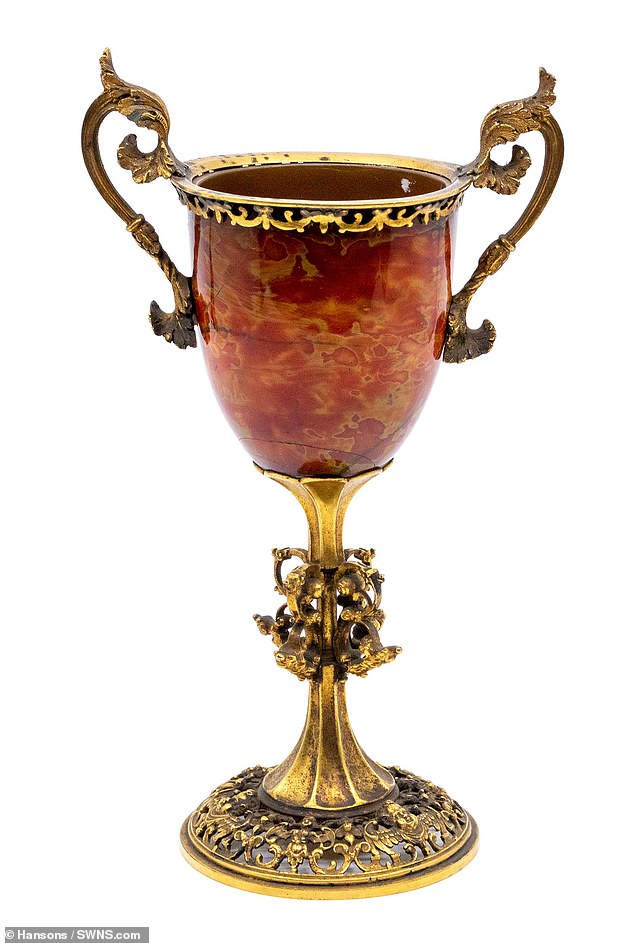 A golden goblet found at the home. After retiring in 1984, Priscilla lived life to the full and pursued many hobbies and interests, travelling the world for over 25 years visiting friends

She loved Italy and took Italian and Spanish language lessons, tried her hand at painting and embroidery, supported various charities and was involved in church life.

Mr Hanson added: ‘Priscilla was a talented, vibrant intellectual with a tremendous eye for artistic beauty and an eclectic taste which encompassed fine antiques and items woven into world history.

‘She left a lasting legacy of both beautiful and historical objects. It has been a privilege to catalogue her items.’

In an Impassioned Speech, Biden Calls on Trump to Act on Insurrection at the Capitol: "It Must End"

Are Trump’s rallies spreading coronavirus? Why it’s hard to know the full impact