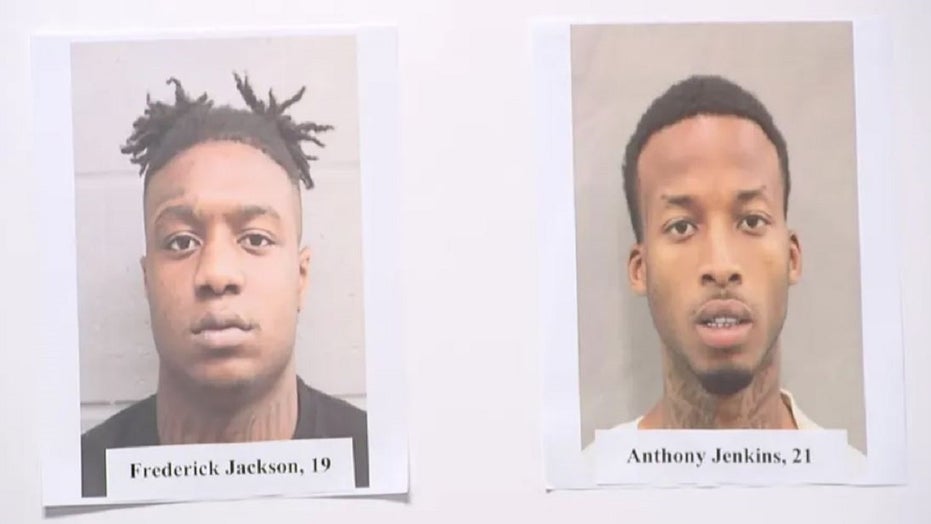 Two suspects connected to the shooting death of an off-duty New Orleans police detective and the wounding of another person during a daylight robbery at a Houston restaurant have been arrested and could face the death penalty, officials said Friday.

New Orleans police Detective Everett Briscoe, a 13-year veteran of the force, had just arrived in Houston with friends on Aug. 21 and walked over to the Grotto Ristorante after dropping his bags off at a hotel. While he was having drinks with friends, the suspects tried robbing the group and Briscoe was fatally shot. 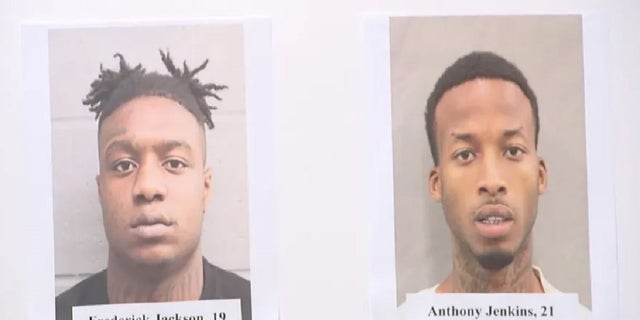 “This is what happens, and this is what we talk about: when the community and police officers come together,” Finner said. “And not only this homicide, but all homicides in our city.”

Both suspects were out on bond for other crimes, Harris County District Attorney Kim Ogg said. Jenkins was on bond for aggravated assault with a deadly weapon. Jackson was out on bond for an aggravated robbery involving a 2020 robbery of someone who was followed home from The Galleria shopping mall, the same location near where Briscoe was killed.

His bond was forfeited earlier this year, and earlier this month he failed to appear for a court hearing, which led to the discovery that his ankle monitor had been cut off.

“Death is on the table,” Ogg said. 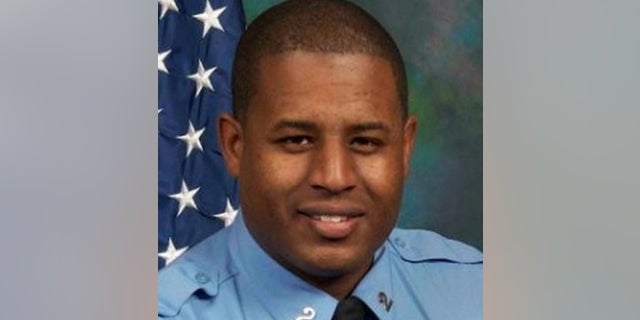 “We’re sickened by this bold attack, which left one beloved detective dead and another good friend of his still fighting for his life,” she added. “Our city is shaken on how this could happen on a weekend afternoon at a restaurant in the heart of our tourist area and the Galleria-area community.”

A third suspect is still being sought, she said. Jackson and Jenkins were seen on security video in several locations where stalked victims and committing robberies, officials said.

“In my opinion, and the evidence tends to show that they were targeting people for basically for high-end jewelry,” a police detective said.

Bricscoe had been visiting the city with members of the Zulu Social Aid and Pleasure Club, which puts on a Mardi Gras parade.

Zulu president Elroy James told Fox News that members of the club had arrived in houston Saturday afternoon. They went to the restaurant to smoke cigars and have a few drinks. At one point, James walked over to a CVS pharmacy, when he received a call from a Zulu member saying Briscoe had been shot.

“You won’t find anyone that can say anything bad about brother Everett Briscoe,” he said earlier this week. “You had to really make him talk. He was a really, really great guy.”

How many people can attend a wedding now?