Kim Soo-geun, who founded a youth group called “Welcome Committee for a Great Man”, has been drumming up donations from passers-by so they can run a subway advertisement to welcome Kim, who this year agreed to visit Seoul.

More than a dozen civic groups have sprung up to welcome Kim, visiting schools to collect welcome messages, imitating the dance moves of a North Korean art troupe and even naming their group after Mount Paektu, which Pyongyang says is the birthplace of Kim’s sacred bloodline.

Thousands of students, citizens and defectors were prosecuted, jailed and even executed under the 1948 law, which bars “praising, inciting or propagating the activities of an anti-government organization”. Most were accused of spying for Pyongyang or undertaking other pro-North activities.

Now, the rise of far-left, pro-Pyongyang activists exploiting the looser enforcement of the law has sparked a backlash from conservative groups and ordinary citizens that experts say could erode public support for Moon and his peace drive. Economic and jobs woes have already pushed Moon’s approval ratings to the lowest levels since his 2017 election.

Security officials and some defectors also say any abolition of the law could allow an influx of the North’s propaganda glorifying the Kim regime.

“Most South Koreans would support peace-building efforts with the North, but they’re not ready to praise Kim who has yet to show his credentials as a trustworthy leader,” said Cho Han-bum, a senior fellow at the Korea Institute for National Unification in Seoul.

“To them, Kim is still a dictator.”

Between January and October this year, only 15 people were charged with violating the law, the lowest level in 10 years, according to a Reuters review of Justice Ministry data submitted to Joo Kwang-deok, a lawmaker. Five years ago, 129 people were charged.

“The act is virtually not being enforced,” Kim Jong-kwi, a lawyer who worked on six relevant legal cases. “Some say it’s now almost a dead letter.”

The law was enacted by the South in the wake of a revolt by some 2,000 troops following Korea’s liberation from Japanese occupation in 1945.

Amid decades of sometimes violent confrontations with the North, the law became primarily aimed at suspected North Korean spies and sympathizers. 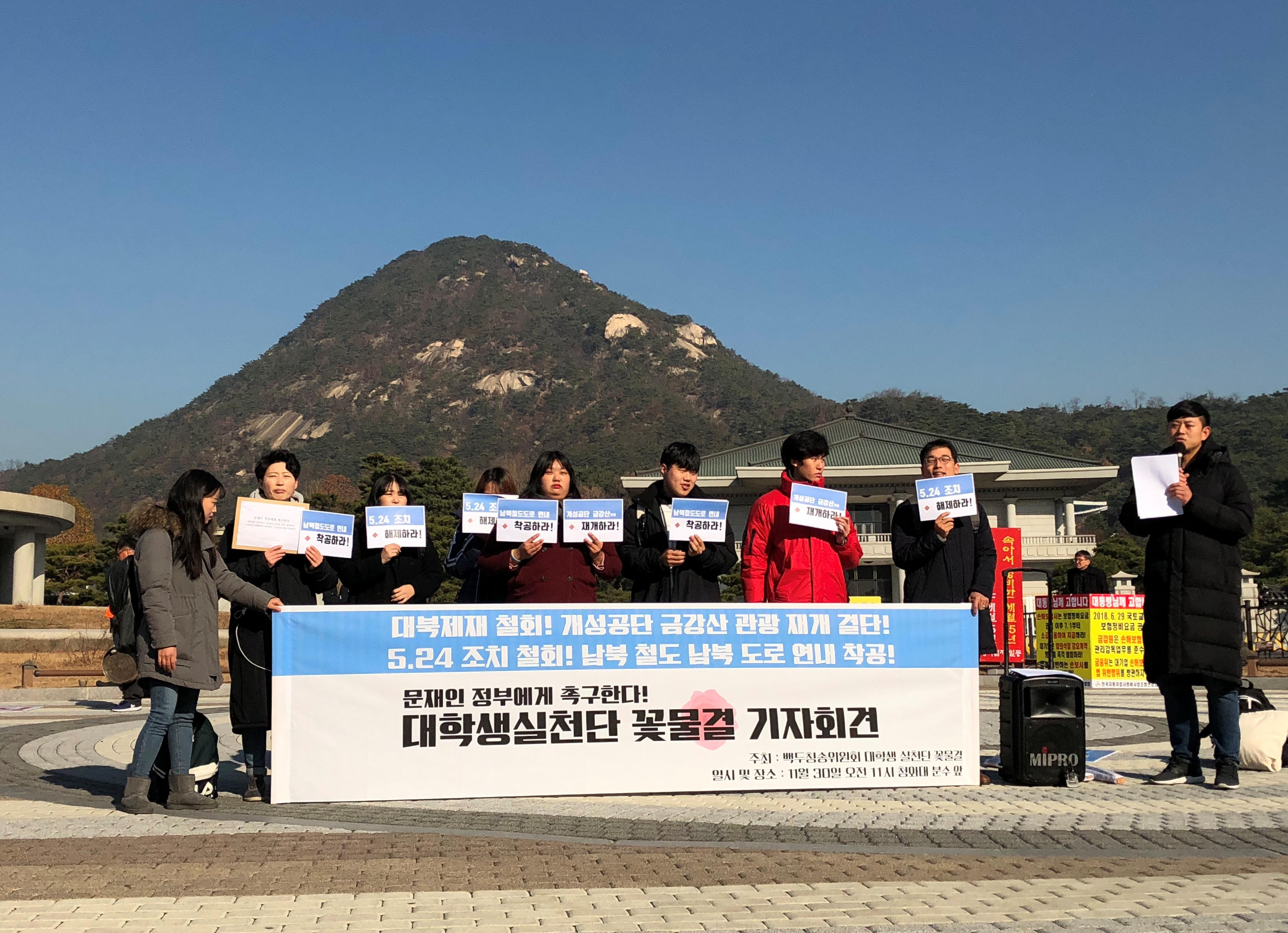 Critics say opaque definitions like ‘praise’ and ‘incitement’ in the law allowed for arbitrary interpretations that led to abuses by past military dictatorships and governments to silence dissenters and political enemies.

Between 2007 and 2016, the South Korean government paid more than 212 billion won ($190 million) in compensation to 1,311 South Koreans who were falsely charged for violating the law in cases dating back to the 1960s, according to Kim Dang, who compiled the data from the Justice Ministry and the National Intelligence Service.

Now the political pendulum has swung to the left, the same opacity is allowing the law to fade in practice, experts say.

Moon, who as a presidential candidate said the law should be amended to prevent abuse by authorities, has cut staff at agencies tasked with enforcing it.

The National Police Agency said its security investigation bureau has been cut to 479 this year from 580 last year. The administration has also reduced a military intelligence agency’s workforce by more than 30 percent to 2,900.

In an October survey of 1,013 South Koreans, more than half of them said they supported the National Security Act, while about a third said it should be scrapped or replaced, according a poll by R & Search.

“There is no reason for (the law) to exist now that a new phase of reconciliation and unity has arrived at the north-south relations,” KCNA said in a commentary.

The division in South Korea is coming to a head as Moon pushes to host Kim to Seoul as soon as this month.

On Monday, a coalition of eight defector, human rights and lawyers’ organizations said they were opposed to any more inter-Korean summits that fail to address human rights in the North.

U.N. investigators have reported the use of political prisons, starvation and executions in North Korea, saying security chiefs and possibly even Kim Jong Un should be held accountable.

“The National Security Act is an anachronism from the Cold War era that really now should be repealed,” said Phil Robertson, deputy Asia director of Human Rights Watch. “But human rights must be on the agenda for all the various dialogues and discussions between North Korea and the outside world.”

After the 40 young students staged their pro-Kim campaign, a conservative civic group filed a complaint to the prosecution against them for breaching the National Security Act. The Supreme Prosecutors’ Office told Reuters that police are investigating the complaint.

“Peace is all well and good but those organizations extolling Kim Jong Un are going way too far,” said Kim Jong-hoon, a 27-year-old IT worker. “I don’t think that’s the way to lasting peace.” 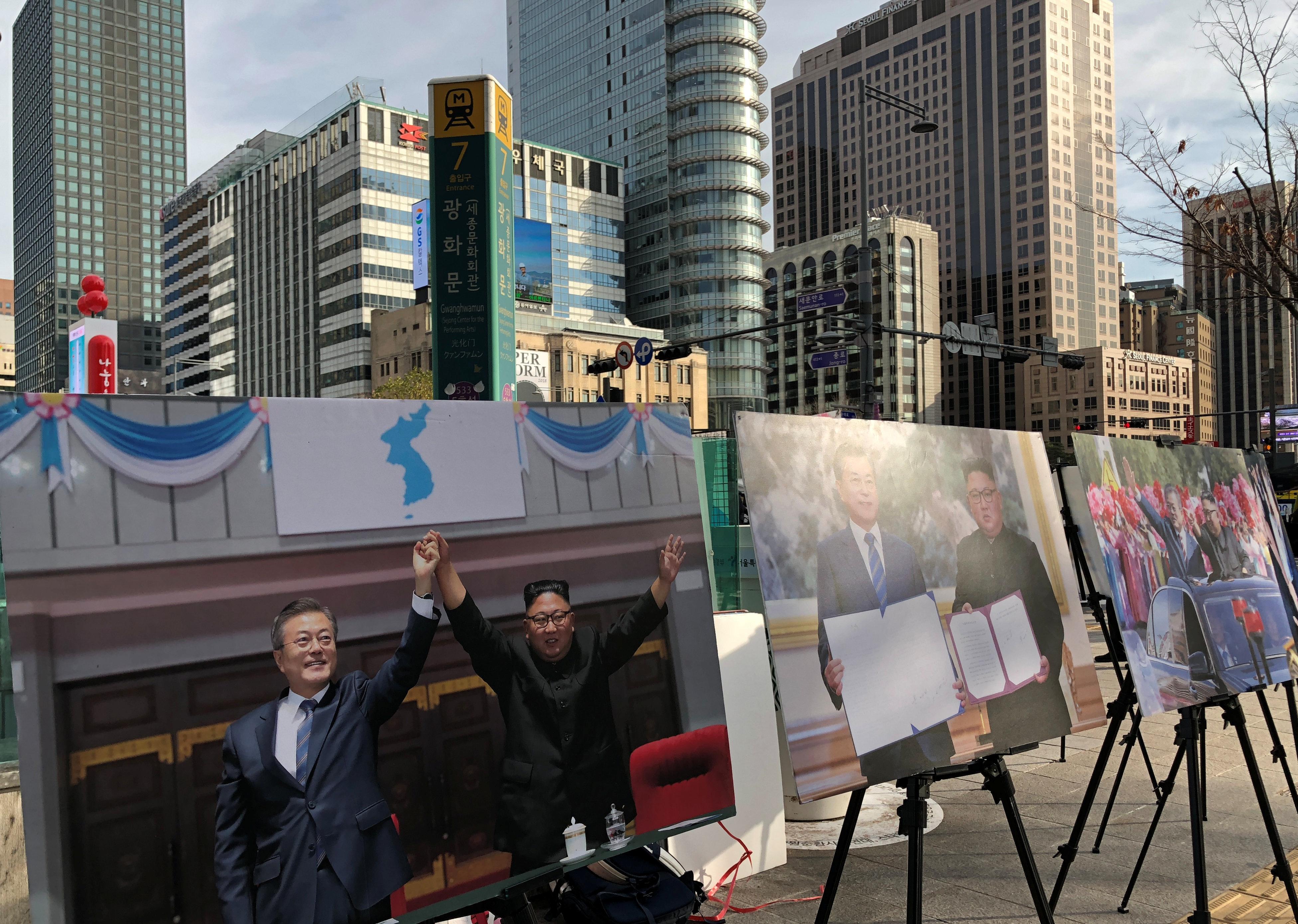 When asked about a potential souring of public sentiment over Kim’s visit, Moon said there can’t be a “split in public opinion” and he believes all South Koreans would welcome Kim “with open arms”.

“Isn’t it every citizen’s wish if it helps realize denuclearization of the Korean peninsula, and achieve peace between the South and the North?” Moon said.

Coronavirus victims who are young, fit and 'healthy' will be treated at NHS Nightingale