Trapped under quarantine and ravaged by allergies in a Perth hotel room, Jenny D'Ubois slid into an internet vortex of conspiracy theories in the week before her Boxing Day escape.

The self-described "fringe scientist" shared with her Facebook followers articles about the dangers of 5G, a post by an anti-fluoride group that suggested coronavirus was a hoax, a video about the COVID-19 test (which was blocked by Facebook) and support for Reignite Democracy Australia, an activist group that sprang up in protest against the Melbourne lockdown. 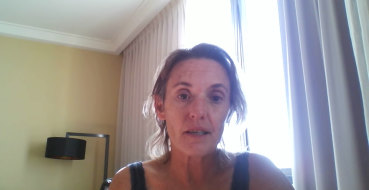 Jenny D’Ubois, who goes by the name Jennifer Gonzalez on Facebook, soaked up online conspiracies before escaping hotel quarantine.Credit:Facebook

Anti-COVID testing, anti-COVID vaccination and heavily populated by COVID-deniers, Reignite Australia was a group that clearly spoke to Ms D'Ubois and emboldened her to take drastic action against her confinement. By her seventh day in quarantine, she was spitting with fury.

"Everyone in the world is lazy and fearful," she said in a video posted to Facebook.

"They're going to use the army to mass vaccinate you for a 0.03 per cent contraction rate of a virus that doesn't exist with a 99 per cent healing rate. I'm done having to suffer because people won't stand up for their rights. 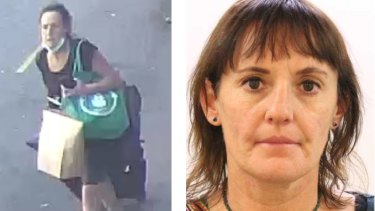 Several groups and individuals, including controversial chef Pete Evans, have been banned from Facebook. Most of them moved to other platforms, where they were free to become more radical but lost most of their followers.

But the material posted by Reignite Democracy has stopped short of breaching the tech giant's policies and the group, though its founder Monica Smit has frequently warned that it may be shut down at any moment. Its more than 50,000 members are a loose coalition of anti-vaccination wellness activists and conservative libertarians. 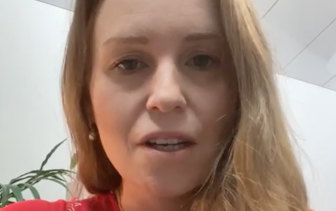 Since it was founded in August, Reignite Democracy has helped advertise protests at testing stations and given a sympathetic forum to federal Liberal MP Craig Kelly to air his concerns about police overreach during the lockdown protests and which coronavirus treatments should be available in Australia.

Extremist researcher Kaz Ross said, like "Digital Warfare", an activist group linked to the far-right conspiracy group QAnon, Reignite Democracy had engaged with the political process in a way that other groups had not. Its tactics were suggestive of a Victorian political connection.

Digital Warfare organised spam sessions among its followers to lobby and troll independent MPs at predetermined times. Reignite Democracy raised thousands of dollars from supporters to charter a bus emblazoned with the words "Sack Andrews" during Melbourne's lockdown protests and has engaged with politicians on legislation. 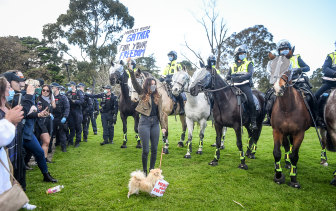 An anti lockdown rally in Melbourne in September.Credit:Justin McManus

"Reignite always stuck out as a much different type from the other Facebook groups," Dr Ross said. "They've always had a much bigger game than the lockdown and they've always had their eye on the politics of the situation."

Ms Smit did not respond to a request for an interview. She posted a video on Christmas day, telling supporters that she planned to take a week off because big things were planned for 2021.

Craig Kelly said he met Ms Smit when she contacted him through Facebook. She interviewed him for the Facebook page and later asked him for political advice.

"She said, 'I've never been involved in politics before. Who is on the left and who is on the right and how should I work it all out?'" Mr Kelly said. "I said, 'It's too difficult to explain those things. You describe yourself as libertarian'."

Divisions over the government response to coronavirus had shifted the political landscape, he said.

"A lot of younger people in their 20s and 30s have had a political awakening and realised that they come down probably on the libertarian side of politics, more the right side of politics, whereas before they would have considered themselves swinging voters.

"A few older people have gone the other way and you probably saw that in the Queensland election, the demographic of elderly, retired people like the idea of big government keeping them safe." 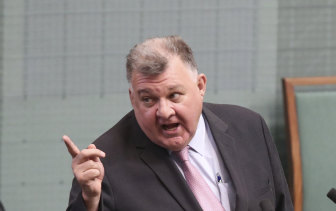 Craig Kelly said he had given political advice to the founder of Reignite Democracy AustraliaCredit:Alex Ellinghausen

Ms D'Ubois' interest in alternative health long pre-dated her interest in Reignite Australia. She began her quarantine in the Pan Pacific Hotel by giving her followers a demonstration in how to renew their body cells by priming their drinking water with a tuning fork.

By the end of the week, she was worn down by her allergies and exhorted her followers to rise up against the government.

"Dust is my worst enemy, besides the governments of the world and the people running this show," she said.

At the end of her day in the run, she turned herself into a hospital.

Man Utd have learnt to win ugly and put in 'champions' display at Burnley ahead of Liverpool, claims Dimitar Berbatov