Saudi Arabian officials’ campaign to lure Twitter workers to spy on social media users in return for cash and gifts began with a simple request to verify an account in 2014, a criminal complaint lodge by the FBI has revealed.

Ahmad Abouammo, 41, and Ali Alzabarah, 35, were cultivated by the country’s government to hand over information on users who criticized the Saudi royals.

The personal data accessed would have allowed users to be tracked down in real life, a source told BuzzFeed News.

Colleagues of Abouammo have alleged that other staff members were pressed for information by the US and foreign governments and given little training to deal with it.

Fresh examination of the FBI complaint lodged in November in 2019 reveals the extent of Abouammo and Alzabarah’s actions at Twitter and exposes the vulnerability of social media sites to infiltration. 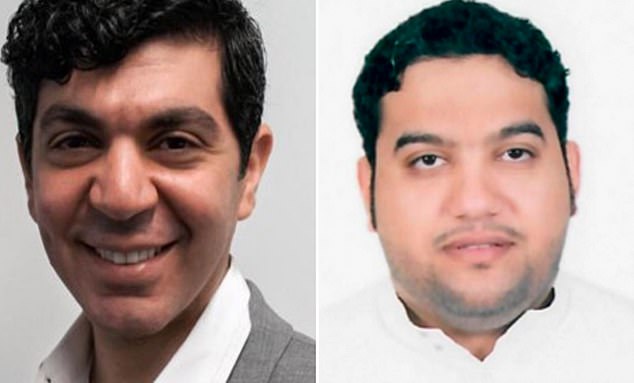 Ahmad Abouammo, 41, (left) a US citizen, and Ali Alzabarah, 35, (right) a Saudi who lived in California, were charged in San Francisco Federal Court in November in 2019. Abouammo is awaiting trial while Alzabarah has fled the country

Abouammo, a US citizen, and Alzabarah, a Saudi living in California, were reported by The Washington Post have been directed by Bader al-Asaker, a Saudi official. Prosecutors said al-Asaker worked for man named as ‘Royal Family Member-1,’ reported to be Saudi Crown Prince Mohammed bin Salman (MBS).

The pair are charged with acting as undeclared agents of the Saudi government, but Alzabarah fled the United States with his wife and daughter to Saudi Arabia a day after he was confronted by Twitter and placed on leave by the company.

Abouammo had worked for Twitter since 2013 as a media partnerships manager. He was able to access the email addresses and phone numbers of Twitter accounts and was responsible for the site’s growth in the Middle East.

He was corrupted after a PR firm representing the Saudi Embassy asked him to grant a blue tick, which shows an account has been verified by Twitter, to an unnamed Saudi news personality, the FBI says. 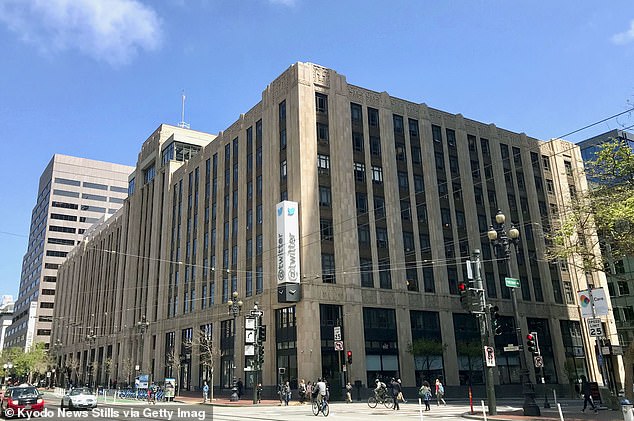 Twitter’s headquarters in San Francisco. Colleagues of Abouammo alleged other staff members were pressed for data by the US and foreign governments yet given little training to deal with it

Abouammo was then asked by the US Saudi Arabian business council in Virginia to organize a tour at the company’s headquarters in San Francisco, which al-Asaker is reported to have attended.

One week before Abouammo accessed two Saudi dissidents’ information to al-Asaker, he traveled to London and met Al-Asaker, who gifted him a Hublot watch at a meeting in London

Buzzfeed alleges that a former colleague of Abouammo said Twitter was unprepared to deal with staff who could hand data to foreign governments.

The source said that Twitter failed to carry out sufficient training on the challenges staff could face. 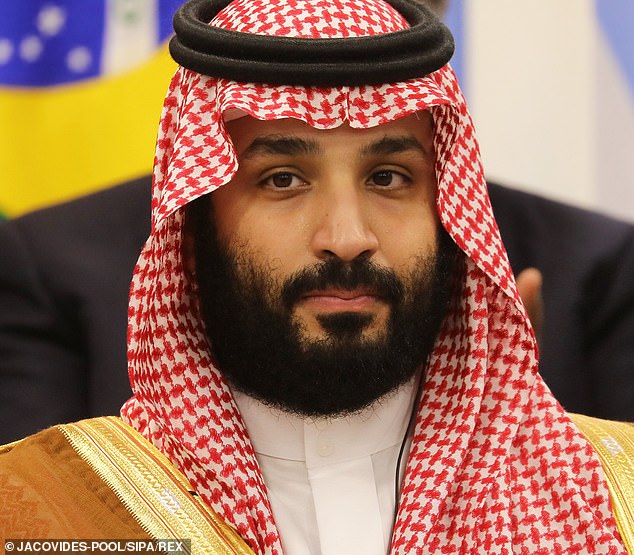 A former colleague is also alleged to have said that US, UK and Israeli security agencies have asked employees for private data, including the Pentagon and CIA.

In February 2015, Abouammo introduced Alzabarah, a site reliability engineer who had worked at Twitter since August 2013, to his Saudi contacts.

Alzabarah was later made the chief executive of the Misk Initiatives Center, which is linked to the non-profit Misk organization founded by Mohammed bin Salman.

Alzabarah accessed the data of more than 6,000 users and took notes on users’ movements.

A third man Ahmed Almutairi, 30, a Saudi marketing official with ties to the royal family was also charged on in November in 2019.

Almutairi, who is believed to be in Saudi Arabia, was allegedly a key go-between who arranged contacts.

The lawsuit was filed more than a year after the the murder of Jamal Khashoggi raised fears for the safety of Saudi dissidents.

A critic of Crown Prince Mohammed, Khashoggi was killed and dismembered inside the Saudi consulate in Istanbul.

The Saudi government has denied that the crown prince had any knowledge of the assassination, but US officials say it could not have been ordered if that was the case.

Where was the Titanic built?

Drama as guard FAINTS off the podium beside Queen's coffin

Palace refuses ‘running commentary’ on whether Queen has COVID