TWENTY years after the tragedy of 9/11, the remains of more than 1,000 victims still remain unidentified and lying in a repository behind a wall at the Ground Zero memorial.

On Tuesday, just days before the 20th anniversary of the terror attack, the New York City Office of Chief Medical Examiner (OCME) announced the identification of two new victims. 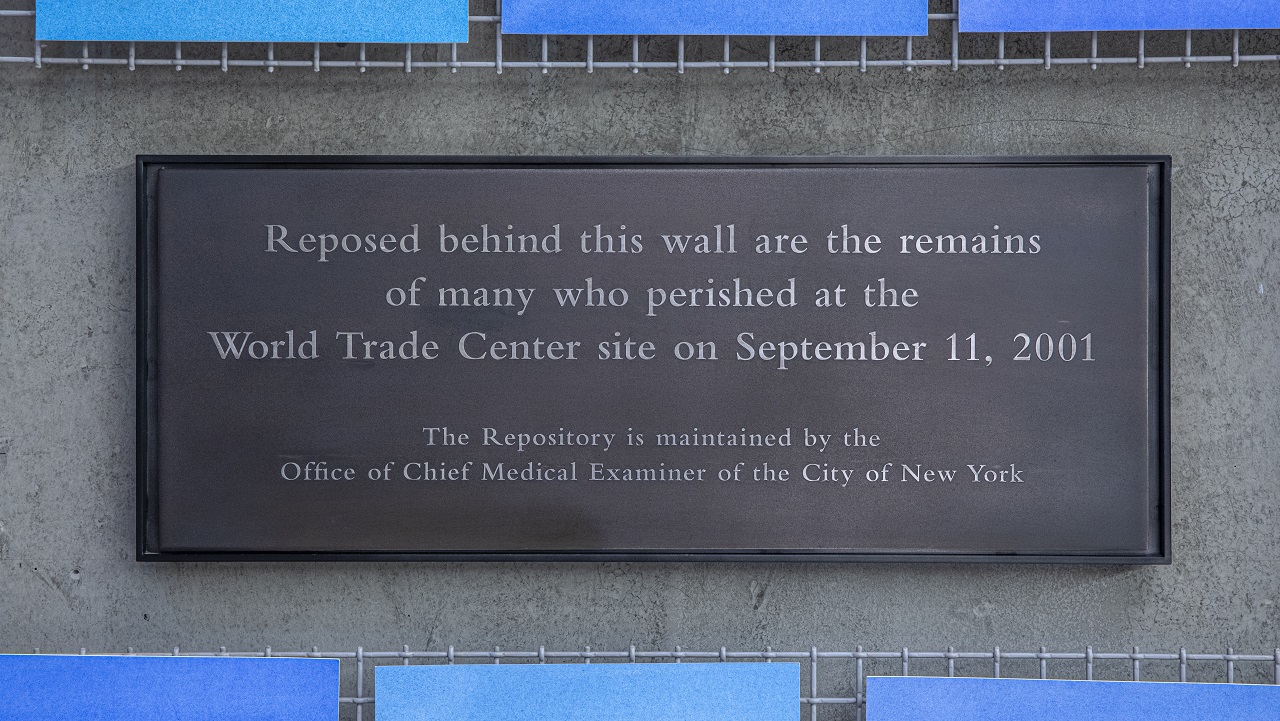 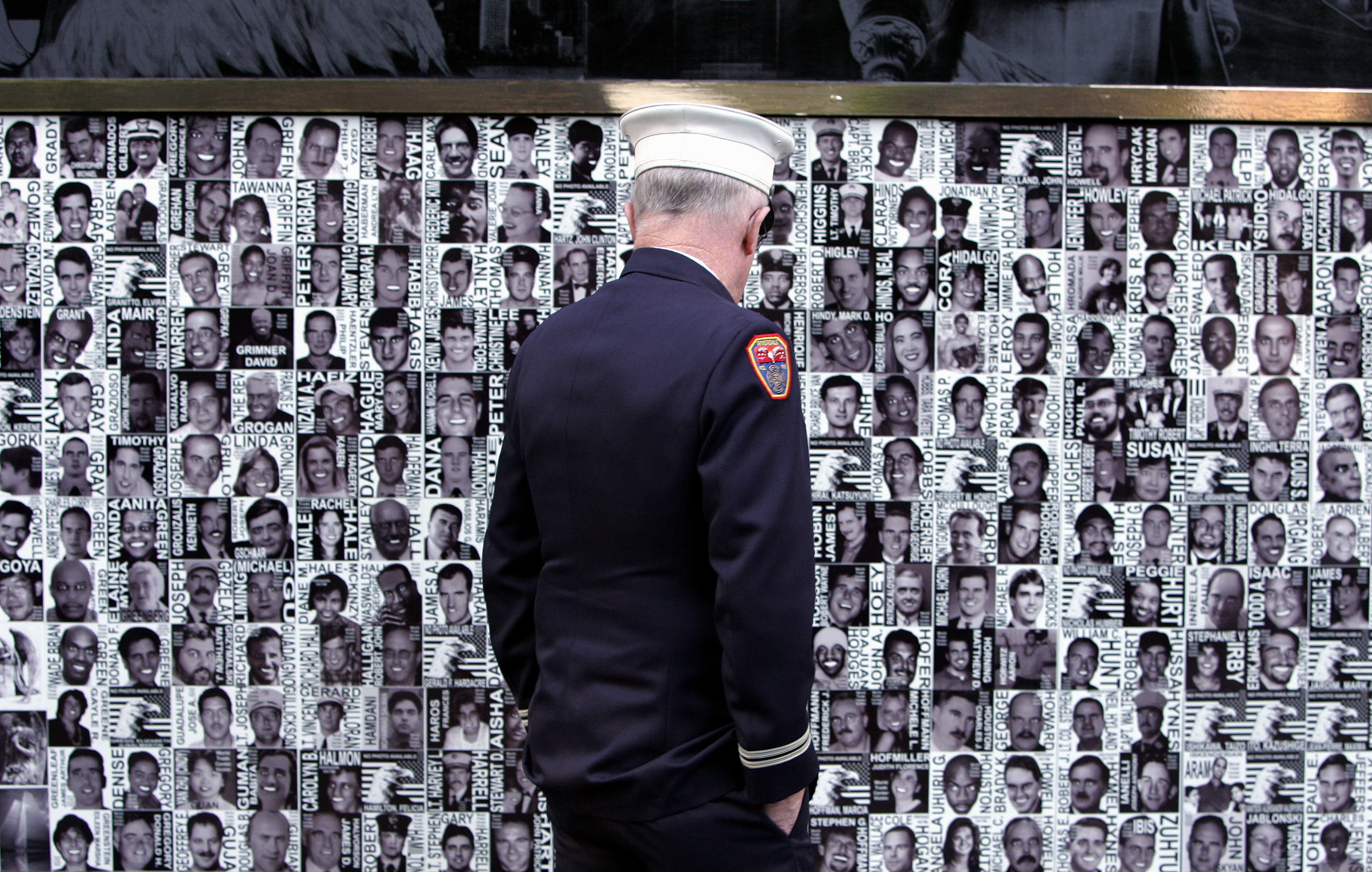 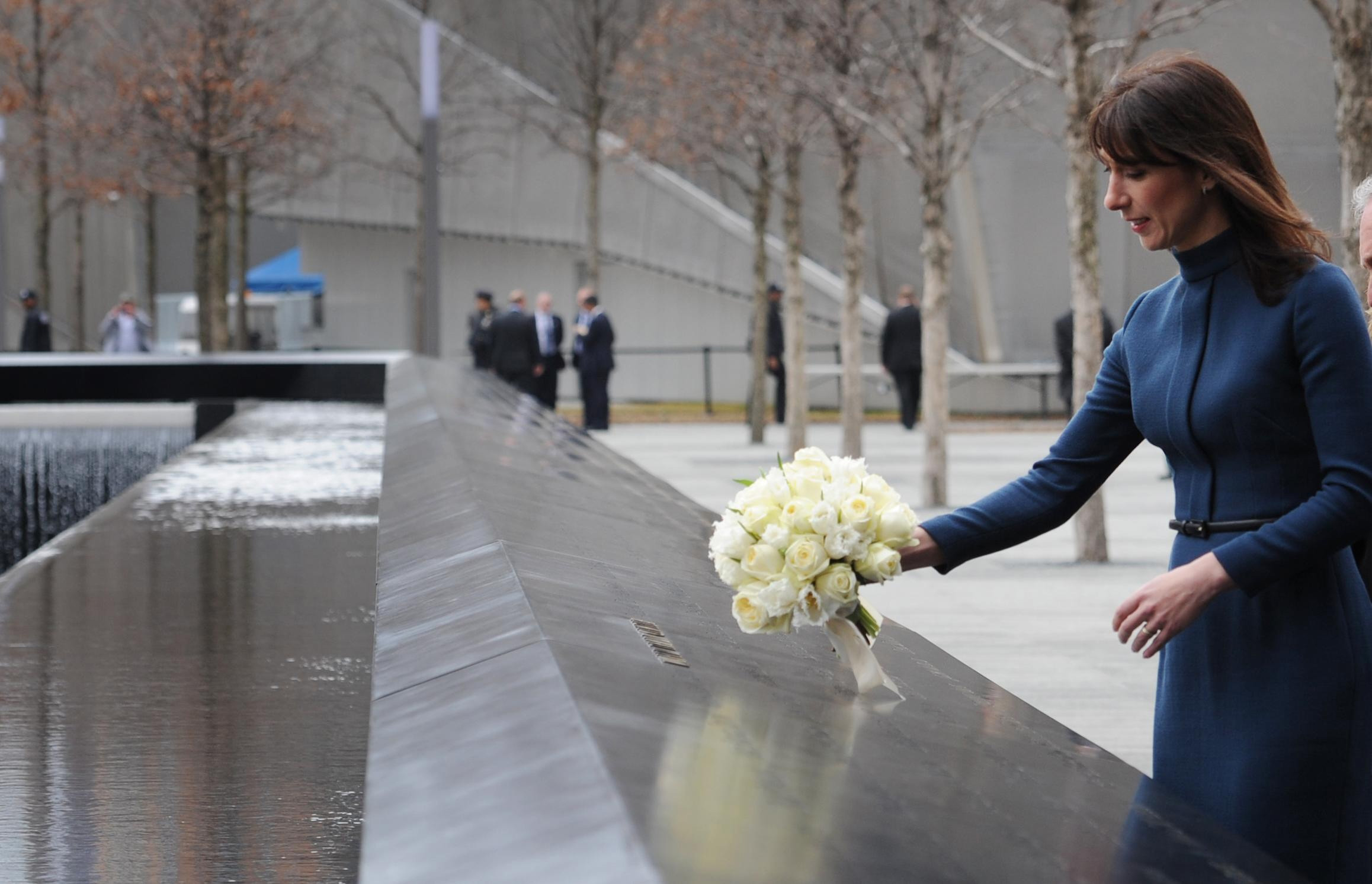 It marked the first time victim remains had been identified since October 2019.

Dorothy Morgan this week became the 1,646th person identified after DNA was confirmed in remains recovered in 2001.

A man whose family wished for him to remain anonymous was identified as the 1,647th victim after his DNA was confirmed in remains recovered in 2001, 2002, and 2006.

The announcement was welcomed as good news for two families struck by the 2001 disaster but also highlighted the ongoing battle to identify the remains of all 2,753 people who lost their lives at the World Trade Center (WTC).

There are still 1106 victims – 40 percent of the total death toll – whose remains have not been accounted for, as the OCME pushes science to its limits in an effort to help grieving families two decades on.

“Twenty years ago, we made a promise to the families of World Trade Center victims to do whatever it takes for as long as it takes to identify their loved ones, and with these two new identifications, we continue to fulfill that sacred obligation,” Dr. Barbara A. Sampson, Chief Medical Examiner of the City of New York, said on Tuesday.

“No matter how much time passes since September 11, 2001, we will never forget, and we pledge to use all the tools at our disposal to make sure all those who were lost can be reunited with their families.”

The fight to identify all victims at the WTC has become the largest and most complex forensic investigation in the history of the United States, led by Mark Desire, assistant director of the OCME Department of Forensic Biology and manager of the World Trade Center DNA Identification Team.

Desire, who was himself injured in the attack, is the longest-serving person on the team of ten, which works 24/7 on the WTC project, as well as New York City’s missing person cases.

The project began immediately, with Desire rushing to Ground Zero on 9/11, knowing that help would be needed to identify bodies.

Then a 33-year-old working on a homicide case in Brooklyn, he injured his foot and was left with a concussion after being alongside the South Tower when it collapsed.

Given his injury, when he reported for work the next day, Desire was given a job he could do sitting down.

“I got assigned to working with the families to make DNA identifications,” he told APP.com.

And 20 laters later, he remains at the helm.

'COMMITMENT AS STRONG AS EVER'

“The commitment today is as strong as it was in 2001,” Desire said of his team.

“We continue to push the science out of necessity to make more identifications.”

The OCME's first move in 2001 was to ensure that anything that could contain a trace of human remains was removed from Ground Zero and properly searched.

Over the next ten months, 1.8million tons of rubble was moved to Fresh Kills in Staten Island, where 1,000 people were involved in looking through the debris for even the smallest remains.

In the first six weeks after the attack, around 500 victims were identified, mostly through fingerprints and dental records.

However, after the first wave of identifications, the work slowed down as the team was left with hundreds of remains from which technology was not yet advanced enough to extract DNA.

Less than 10 percent of the remains found could be identified visually with blood samples and saliva being used to trace DNA.

Even within larger body parts, the remains were placed under such extreme conditions at Ground Zero that all DNA was destroyed.

"The identification of the WTC victims presents particular problems due to the extreme conditions remains were confronted with from jet fuel; to compression when the building collapsed; to sun exposure; and a list of other factors that have destroyed DNA in a body fragment," Desire explained during a press briefing on Wednesday.

After the work at Fresh Kills was complete, the OCME was then faced with the question of where to house the remains that had not yet been identified as the work continued.

The decision was made that a repository would be created in a section of the WTC memorial, and remains were moved in there in 2014.

Run by the OCME and not by the memorial itself, the repository is not open to the public but offers the chance for families to visit and speaks with the scientists and anthropologists to learn more about the work.

We were bloody and broken but we are able to use that experience to never give up.

On Wednesday, Desire said that many of the families remain “understanding” and “grateful” that the work is continuing 20 years on.

"We listen to the families, we explain technology with them, things for the future," he said.

"Dozens and dozens of bone fragments were too badly degraded and exposed to too many things," Desire continued.

"Even the most advanced techniques were not good enough. That’s why we’re pushing the science and the commitment to the families we had 20 years ago.

"We’re going back to them [remains] over and over.

"It's the most challenging project but personally, it's been the greatest honor, it's been very humbling.

"We won’t stop. We know we can continue to make identifications for those families who want us to be able to return a loved one after all these years," he promised.

"We are proud and it’s why we’ll continue this mission."

Desire admitted that the team had been "overwhelmed" by the extent of the project in the beginning but that it had "adapted."

"We’ve pushed that science over the past 20 years."

As the last remaining member of the original team, Desire said that it is "amazing" when the team finds DNA in a sample he had worked on 18 years ago with new technology.

"It gives you the motivation to know that you can accomplish something and the energy to move forward," he said.

At Wednesday's briefing, scientists with the OCME also spoke about the process involved which includes solidifying fragments with liquid nitrogen so they can be broken up into dust that can then be used to extract DNA.

"This is only the first half of the work," Carl Gajewski explained.

"We have a profile from remains but then need to have something to compare it to, a reference from families that can be searched against each other.

"We can then proceed with the process of identification." 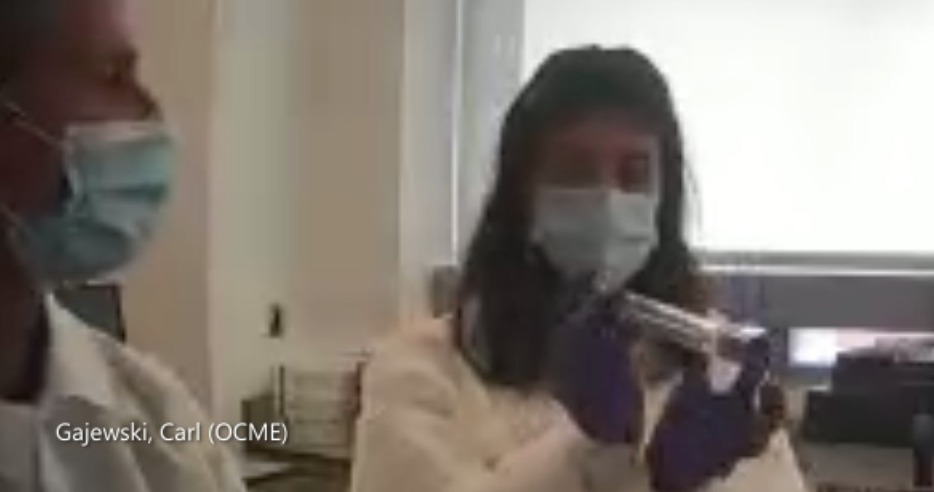 The OCME currently has the largest DNA data bank in history after collecting 17,000 reference samples from families in order to make positive identifications.

While the two victims identified this week were the first in two years, the team does identify up to 100 remains a year but mainly from victims for whom body parts were already found.

Out of some 22,000 pieces of remains initially found, 7,155 remain with no positive DNA identification made.

"Families check-in in the hopes that with advances in technology, they can identify more," Desire said.

"Every time technology advances, we make more IDs. That’s what drives us.

"We work with samples we had no hope on in the past." 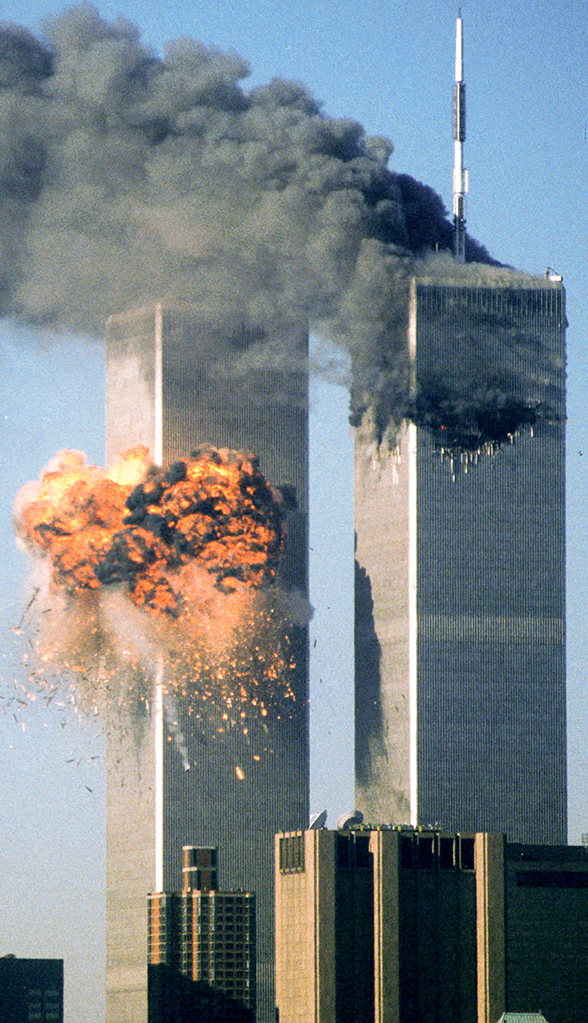 The 9/11 terror attacks occurred 20 years ago. Here is a timeline of the day:

There are also 30 DNA profiles identified in remains for which no family match has been found.

Desire said that it could be that families simply didn't give a reference sample or that no family is available.

"There are some families who accepted the family member is never coming home and didn’t want to be notified," he said.

"Anytime they don’t want to be notified, we will respect their wishes and the remains will be kept in the repository."

As for the future, the OCME does not know when the next identification will be but the commitment to help families continues.

"It gets very emotional," Desire said.

"It takes a special type of person to volunteer to be on my team, to be able to handle the emotional side.

"We were bloody and broken but we are able to use that experience to never give up," he added.

"We will not give up on it, no matter how many times those samples fail.

"I'm proud of my agency and of my city."