FAKE That! Howard Donald shares photoshopped image of himself with David Bowie on Instagram with bizarre boast about having ‘the balls to ask’ for photo with the ‘down to earth’ star

Take That star Howard Donald uploaded a photoshopped a picture of himself with music legend David Bowie to social media in an embarrassing gaff.

The image featured a photoshopped 2007 picture of the Ziggy Stardust singer over Take That frontman Gary Barlow’s face.

Mr Donald, 52, posted the image with a bizarre caption saying he was nervous to ask ‘down to earth’ Bowie for a picture, seemingly unaware himself that it was a fake. 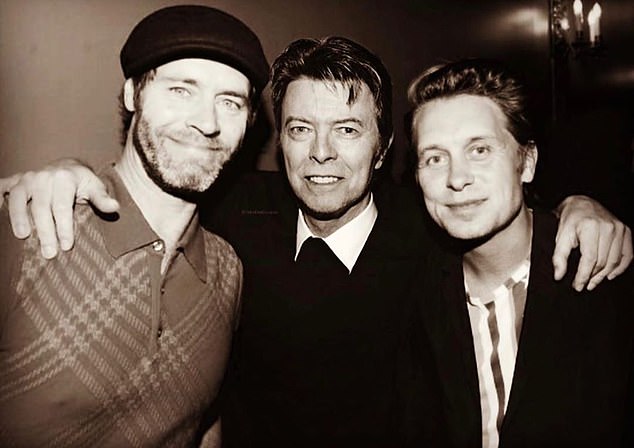 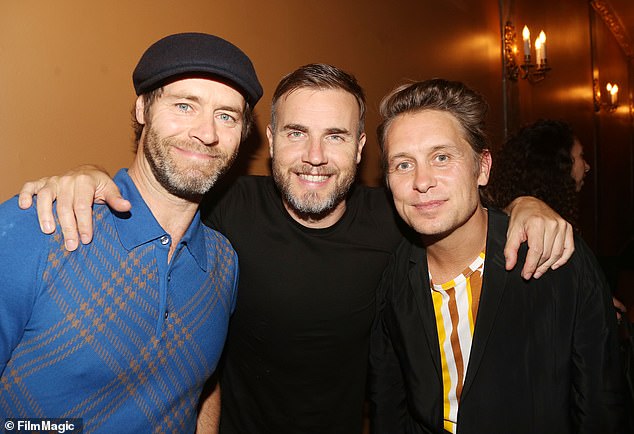 The original picture of Take That members Donald, Barlow and Mark Owen was from 2015 and the photoshopped picture came from a now inactive Twitter account, @takethatlovess.

The post said: ‘Verified I was just gonna put this on my stories but then I though this is much more worthy of the main feed.

‘For sure I was very nervous meeting @davidbowie as I’m not so comfortable around other famous people and can get star struck quite easily, but he was so normal and down to earth which made me feel at ease. 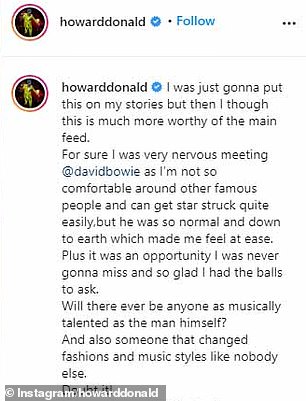 ‘Plus it was an opportunity I was never gonna miss and so glad I had the balls to ask. Will there ever be anyone as musically talented as the man himself?

‘And also someone that changed fashions and music styles like nobody else. Doubt it! Was a pleasure Mr Bowie.’

He wrote: ‘In important Take That news, Howard Donald has posted a photo of himself with David Bowie, which it later transpires is Bowie photoshopped over Gary Barlow’s face.’

Some people on social media commented how strange it was for Mr Donald to have made up an encounter with David Bowie, while others were more forgiving of the apparent mistake.

One wrote: ‘That is a very weird thing to do but then I read he may have been tricked but he wrote a lie about the photographed incident and how nice Bowie was, which is still a weird thing to do.

Another said: ‘I’m going to be nice and think he has met David Bowie and he’s assumed this was a photo of that time.’ 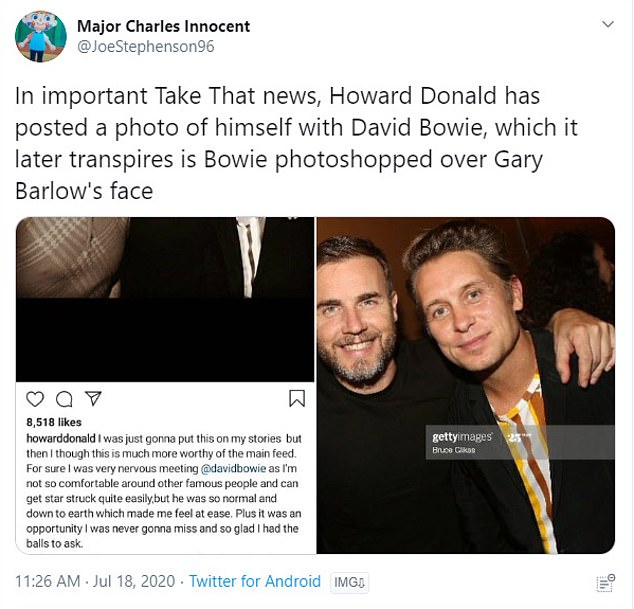 Mr Donald made headlines at the end of last month after yet more bizarre behaviour on social media.

The singer wrote he might be quitting Twitter on June 25 after a strange series of Tweets claiming ‘vaccines are questionable’, within the context of the coronavirus pandemic.

Afterwards, he wrote: ‘I think I’m gonna delete Twitter for a few weeks before I really say what I think.

‘Not saying things to wind people up,I’m just saying it because there is a bigger picture behind this and if we don’t educate, humans will have freedoms taken away.

‘I care for humans, especially kids.’

More than 1,000 migrants make desperate bid to cross the Channel and arrive in the UK in just ten days

'Green' power stations to cost £500 each, send energy bills soaring by £16 a year & may not clean up planet, report says