I feel like kitten tonight! Hungry 10ft snake tries to snatch cat from garden but owner dashes to the pet’s rescue

This is them moment a hungry snake almost managed to swipe a cat while its owner  was watering plants.

The incident happened earlier this week in Nonthaburi, Thailand.

Fortunately for the cat it was alert to the menace posed by the large snake which was approaching. 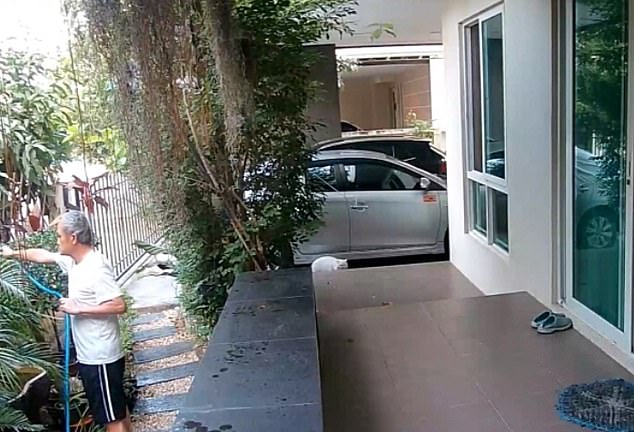 The man was watering his garden in Nonthaburi, Thailand when a large snake approached his cat 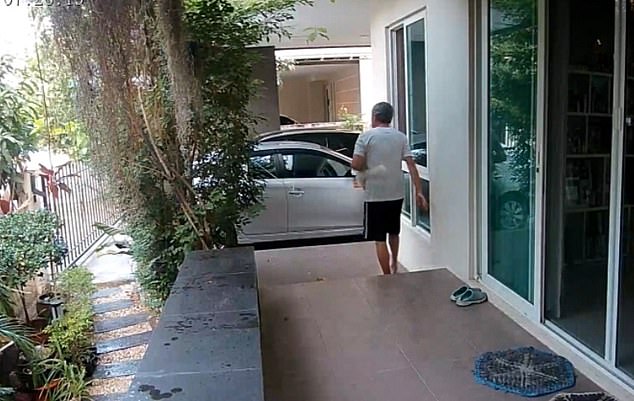 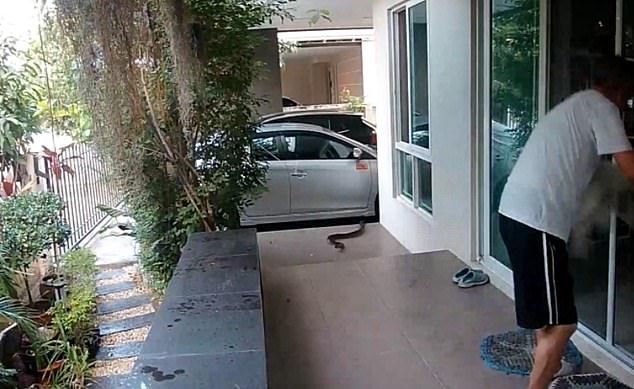 A witness said: ‘My father was watering his plants, suddenly he found a big snake on his right-hand side, was slithering inside trying to eat my cat.

‘He didn’t even hesitate, he jumped across the bench and grabbed the cat, and tried to call the security guard around there.

;At that minute he saw the snake coming closer and closer so he ran into the house, but the snake was still chasing with hunger.

‘Finally, the snake escaped to somewhere around here.’ 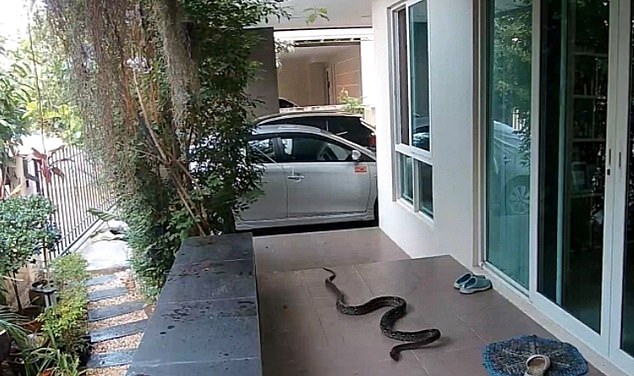 The snake, which was more than 10ft long, slithered along outside the man’s door