Hurricane Sally tore off a section of a major bridge, damaged buildings and caused “catastrophic” flooding as it pummeled parts of Florida and Alabama on Wednesday, according to reports and dramatic footage.

A swath of Three Mile Bridge in Pensacola, Fla., was shown missing after the Category 2 storm made landfall early Wednesday, packing ferocious winds of 105 mph, according to local station ABC 3.

City streets in the Florida Panhandle city looked more like rushing rivers — with feet of water threatening to engulf some cars — by Wednesday afternoon, according to footage posted by CNN.

In the city of Gulf Shores, Ala., the side of a condo tower was blown off, exposing the interior of five levels of homes, footage captured by nature photographer Brian Emfinger shows.

The slow-moving storm — which was inching along at 5 mph Wednesday afternoon — triggered water rescues, downed trees and sparked at least 500,000 power outages in the area, authorities said.

“Historic and catastrophic flooding, including widespread moderate to major river flooding, is unfolding,” forecasters said, according to USA Today.

As of Wednesday afternoon, some areas had already been flooded with 24 inches of rain and could receive up to 35 inches by the end of the week.

Forecasters warned that a storm surge will cause dangerous flooding in areas ranging from the Florida Panhandle to Mississippi and well inland over the next several days. 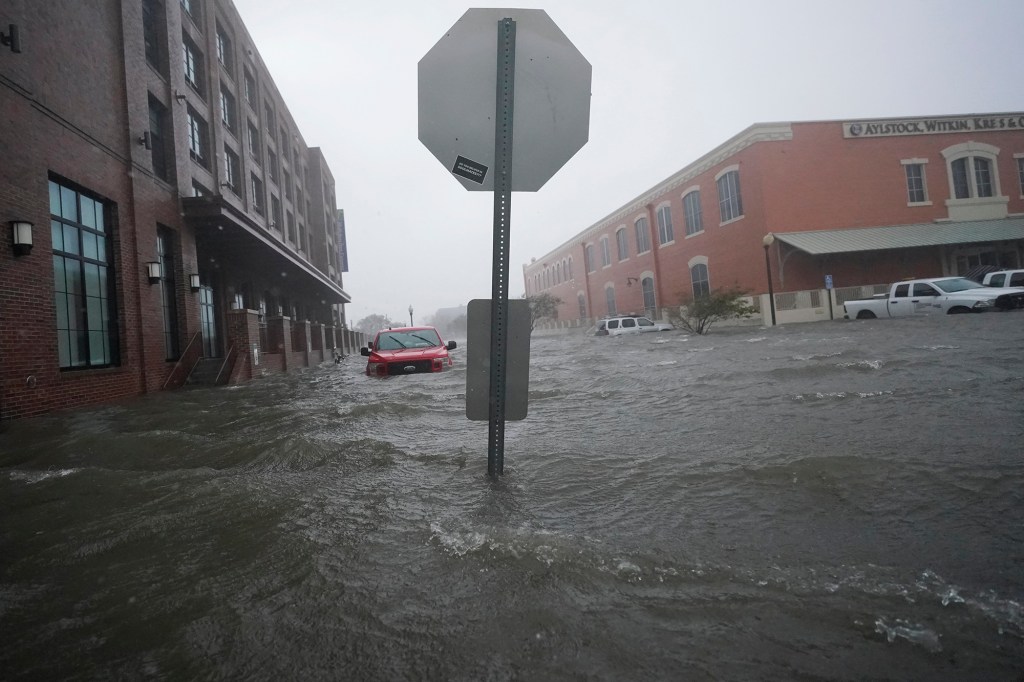 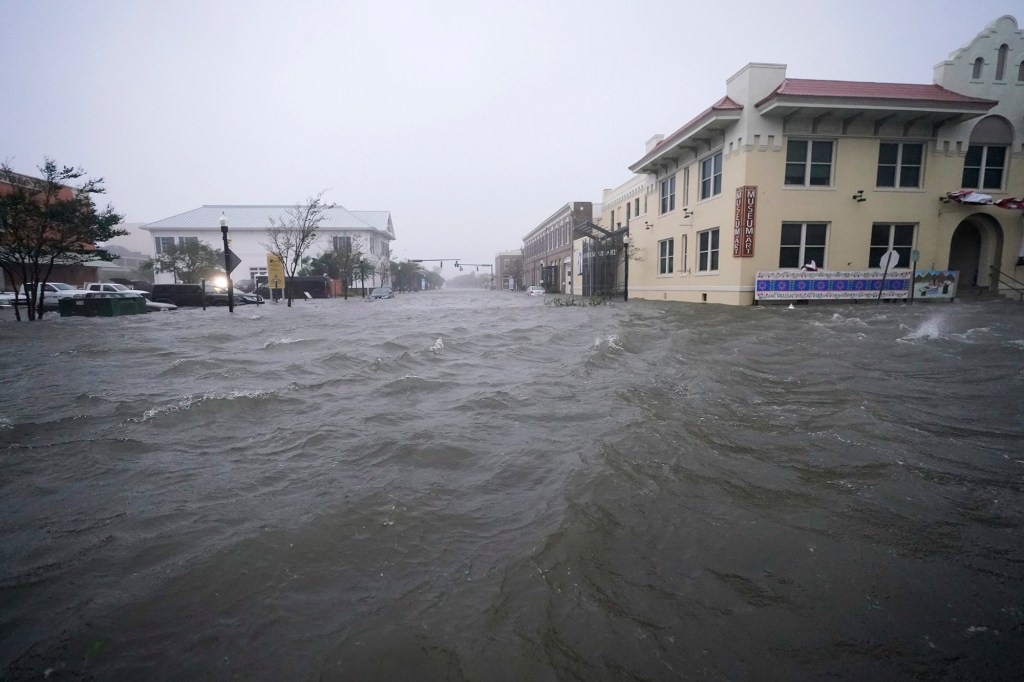 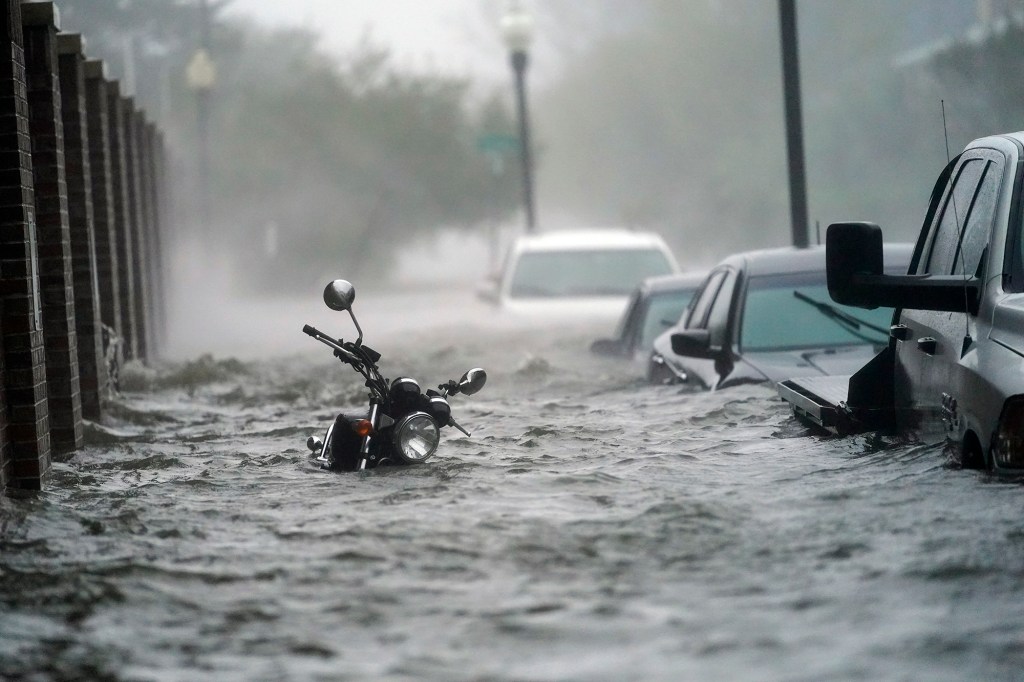 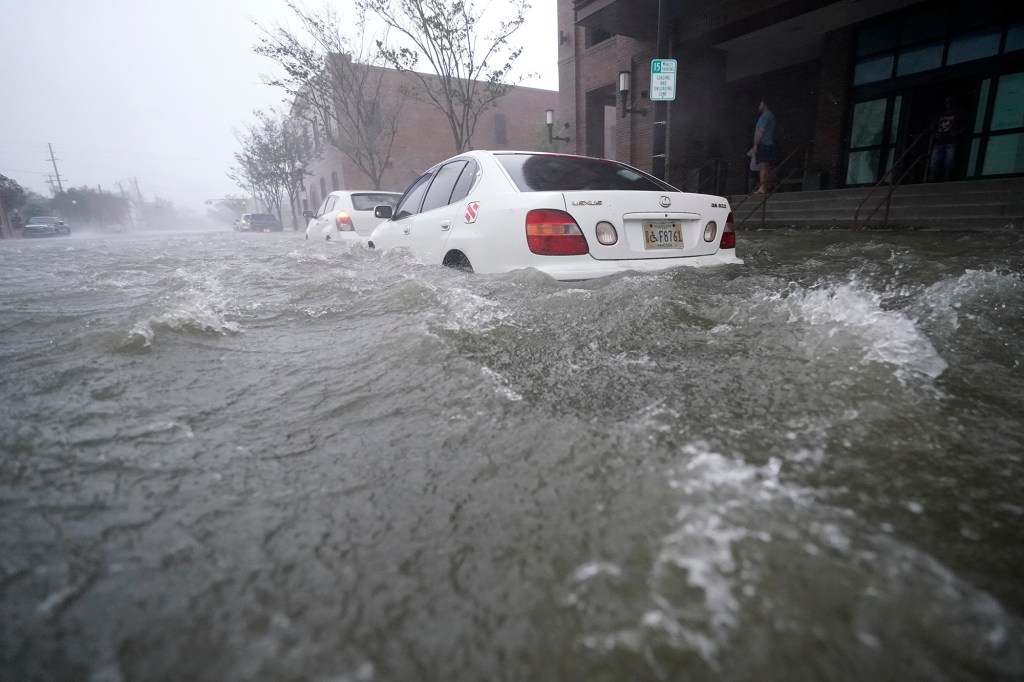 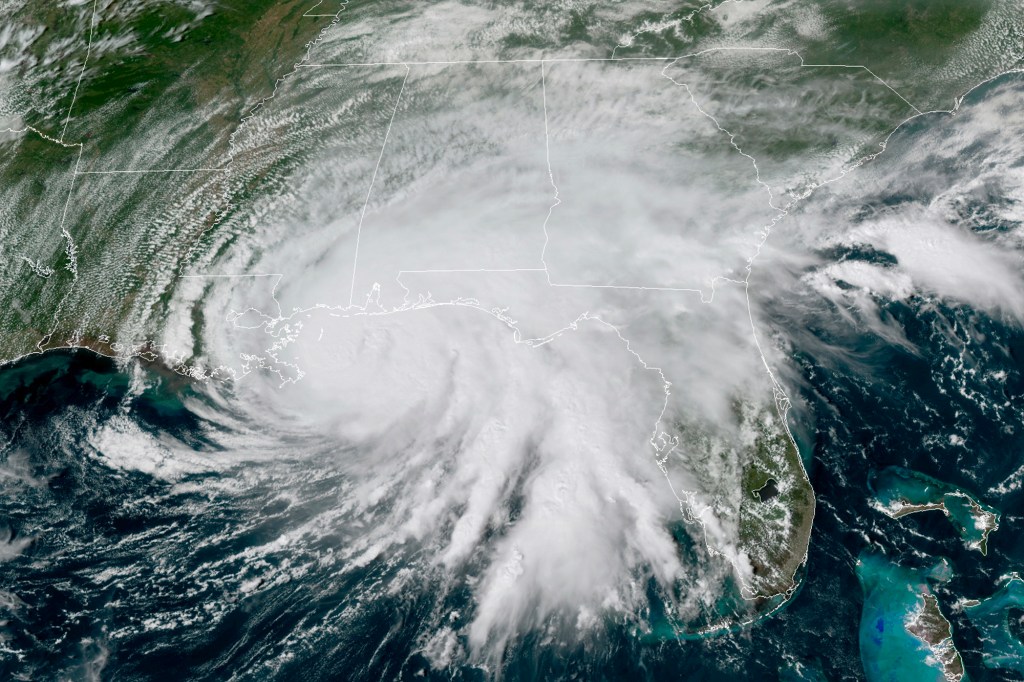