I’m flamingo-ing to turn pink eventually! Four exotic eggs hatch at Whipsnade Zoo but the chicks are yet to develop their distinctive coloured plumage

Four ‘fluffy’ flamingo chicks have hatched at ZSL Whipsnade Zoo after the eggs spent a month in an incubator.

They were incubated after keepers found that some of the zoo’s less experienced flamingo parents were not staying on their eggs for long enough, so they were swapped for ‘practice eggs’ and the real ones were placed in an incubator so they could survive and the parents could get experience caring for their young.

The zookeepers later returned each egg to its parents at its nesting site, giving them plenty of time to bond with their newly hatched chicks.

‘Flamingos are brilliant parents, working together – usually as a monogamous pair – to care for their eggs and subsequent chicks,’ said Gary Ward, curator of birds at Whipsnade Zoo. 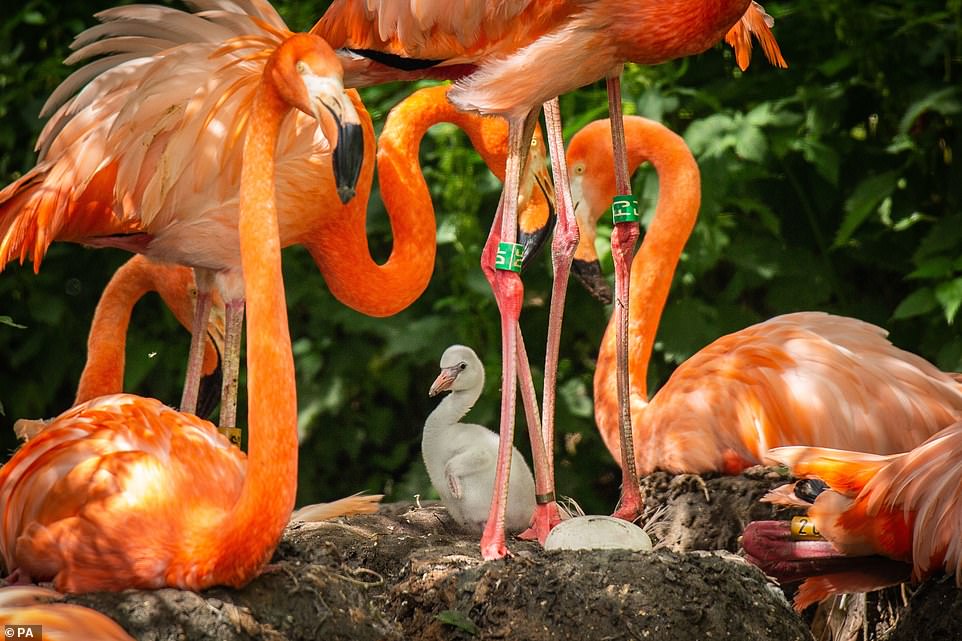 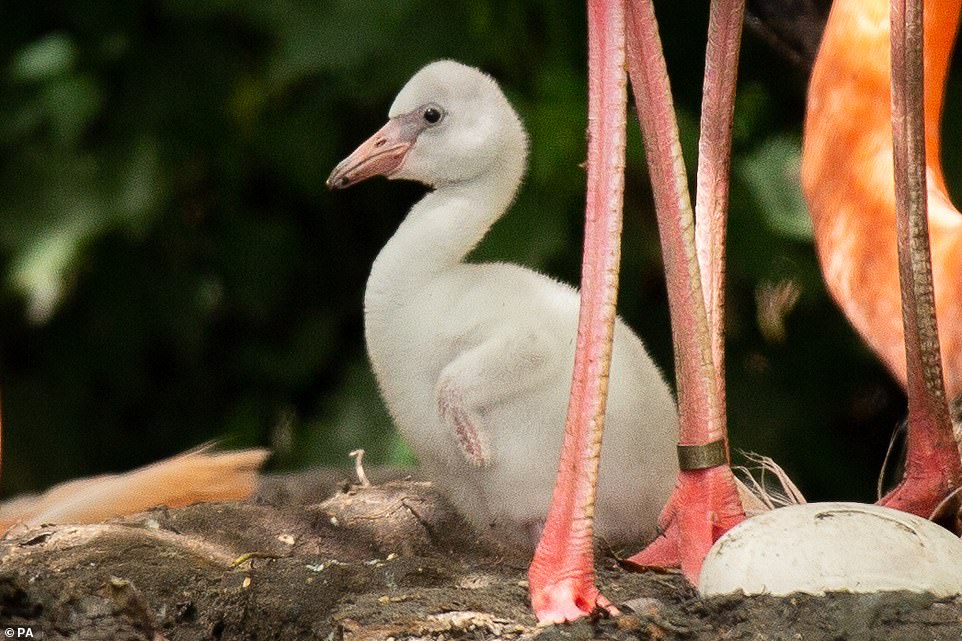 ‘However, sometimes younger birds haven’t got it all figured out yet, and so we stepped in to give a helping hand.’

The American flamingo eggs were kept in an incubator for 28 days before being returned to their nests, where they have now hatched and the chicks have met their parents.

Mr Ward added: ‘Now the chicks are growing and developing in their nests, they are being watched over constantly by alternating parents.

‘Both male and female flamingo parents feed their fluffy, grey chicks with bright red ‘crop milk’ which is made in the linings of their digestive tract, and contains fat, protein and blood cells.

‘Incredibly, you can usually spot the new parents in a group, because they give so much of their own pigment to their chicks that they almost turn white.’ 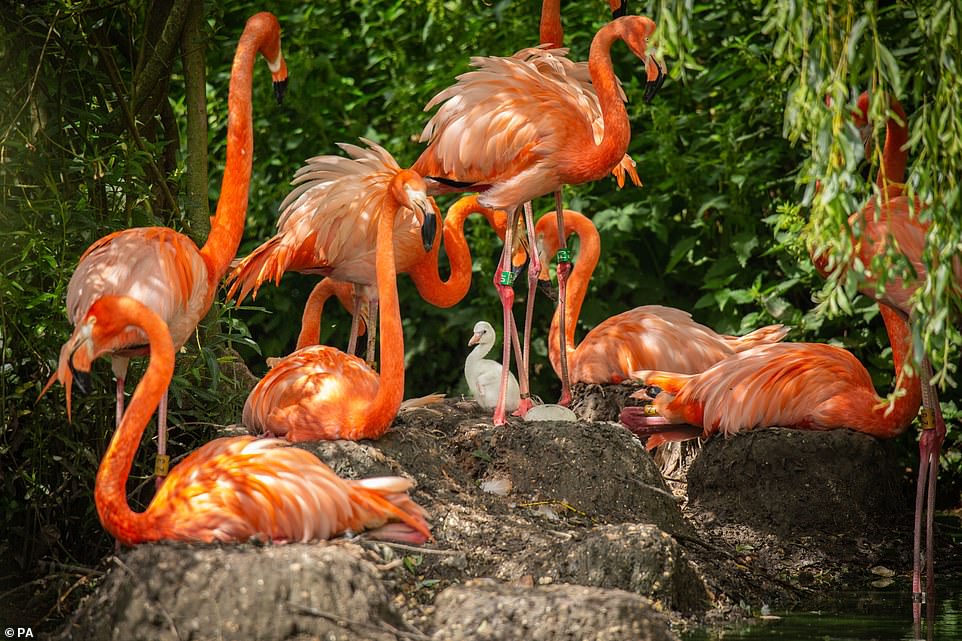 The post-birth pictures show the newborn chicks without their distinctive coloured plumage, which will come after their parents feed them bright red ‘crop milk’

The post-birth pictures show the newborn chicks without their distinctive coloured plumage, which comes from a healthy diet of mollusks and crustaceans.

The bird’s digestive system is hardwired to harvest pigment from the food it eats, which is later stored in new, growing feathers that helps shift the chick’s colour to it’s more recognisable pink.

Newborn flamingos have straight bills compared to their longer and curved parents’, meaning they require help feeding themselves as they are unable to filter water.

Flamingos have one of the longest lifespans of any bird in the world, with an average life expectancy of 40 years.

NFL Winners and Losers: If a non-QB could win MVP, Colts' Jonathan Taylor would be worthy