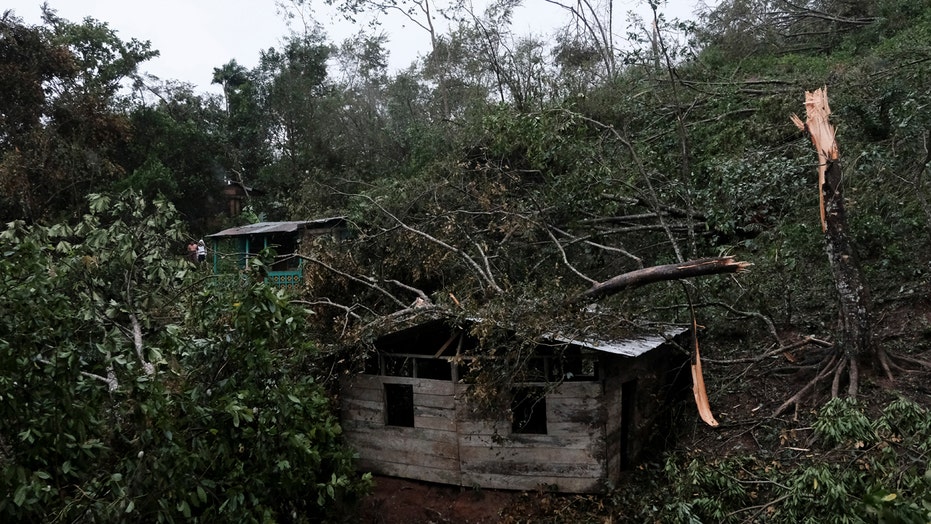 Hurricane Iota left a trail of devastation in its wake as it tore across parts of Nicaragua and Honduras.

The storm, which has now weakened to a tropical depression, made landfall as a Category 4 hurricane on Nicaragua’s northeastern coast late Monday. The hurricane hit almost exactly the same stretch of the Caribbean coast that was devastated by Hurricane Eta two weeks ago.

The hurricane was downgraded to a tropical storm late Tuesday. By Wednesday morning, Iota was over El Salvador, according to the National Hurricane Center. The storm is expected to move off Central America later in the day.

Iota battered Nicaragua's Caribbean coast and flooded some stretches of neighboring Honduras that were still underwater from Hurricane Eta, leaving authorities struggling to assess damage after communications were knocked out in some areas. 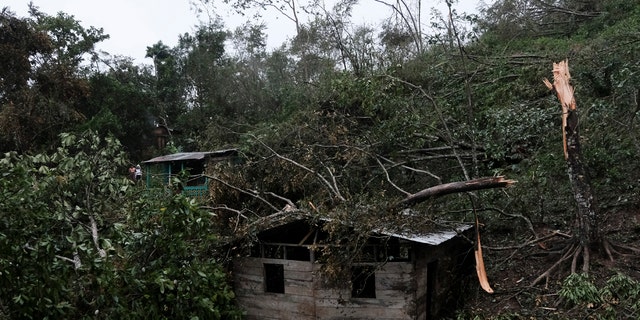 Fallen tree branches cover a house after the passage of Hurricane Iota in Siuna, Nicaragua, Tuesday, Nov. 17, 2020. Hurricane Iota tore across Nicaragua, hours after roaring ashore as a Category 4 storm along almost exactly the same stretch of the Caribbean coast that was recently devastated by an equally powerful hurricane.
(AP Photo/Carlos Herrera)

CD-SINAPRED, which is Nicaragua’s emergency management agency, tweeted images of toppled trees and damaged buildings in Alamikamba and Prinzapolka in the wake of Iota.

Along Honduras’ remote eastern coast, people had to leave damaged and flooded homes.

“What affected us most here was the flooding. The Barra Patuca sector has been flooded for the last two weeks," said Teonela Paisano Wood, mayor of the Honduran town of Brus Laguna. “We are in danger if it keeps raining.” 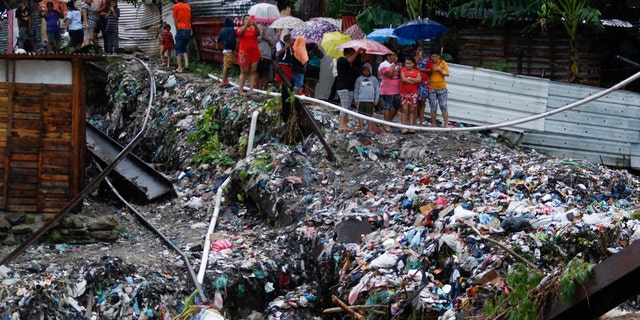 People watch the waters of the Rio Bermejo in the wake of Hurricane Iota in San Pedro Sula, Honduras, Tuesday, Nov. 17, 2020. Hurricane Iota tore across Nicaragua on Tuesday, hours after roaring ashore as a Category 4 storm along almost exactly the same stretch of the Caribbean coast that was recently devastated by an equally powerful hurricane.
(AP Photo/Delmer Martinez)

Iota remains a significant flooding threat to parts of Central America, according to the National Hurricane Center.

“Life-threatening flash flooding and river flooding is expected through Thursday across portions of Central America due to heavy rainfall from Iota,” the NHC said, in an advisory at 4 a.m. ET Wednesday. “Flooding and mudslides across portions of Honduras, Nicaragua, and Guatemala could be exacerbated by saturated soils in place, resulting in significant to potentially catastrophic impacts.”

Aid organizations are working to help those affected by Iota.

“Hurricane Iota made landfall in a region struggling to recover from the widespread devastation caused by Hurricane Eta, which left tens of thousands homeless just two weeks ago,” said Raul Pineda, Americares Latin America emergency response coordinator, in a statement emailed to Fox News. “Thousands of families have been impacted by these back-to-back storms, and Americares is ready to meet their most urgent health needs.” 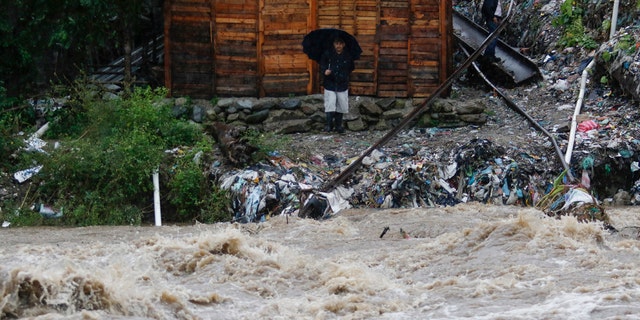 A man watches the rising water of the Rio Bermejo in the wake of Hurricane Iota in San Pedro Sula, Honduras, Tuesday, Nov. 17, 2020.
(AP Photo/Delmer Martinez)

The hurricanes have also hit the region while it is wrestling with the impact of the coronavirus pandemic.

Medical relief organization Project Hope is working in the areas impacted by Hurricanes Iota and Eta, providing PPE (Personal Protective Equipment) and support. "This is a crisis of a level that we haven’t seen before," said Andrea Dunne-Sosa, Project Hope's regional director for the Americas, in a statement emailed to Fox News.

Project Hope has noted that COVID-19 infections increased in Honduras in the wake of Hurricane Eta. Even with increased testing, the displacement of people poses a significant risk for the spread of COVID-19, it said.

The organization has also highlighted the long-term impact of the hurricanes. "We fear that outbreaks of additional infectious diseases will occur among displaced populations, and the communities’ main livelihoods of fishing and agriculture will also be impacted, resulting in increased food insecurity," it said, in the statement emailed to Fox News.

Fox News’ Janice Dean and the Associated Press contributed to this article.

Debrett's warn coronavirus is no excuse for bad manners