This was Donald Trump’s analysis of Boris Johnson’s anointment on Tuesday as Britain’s prime-minister-in-waiting.

The “British Trump” theory is a popular one: another transatlantic populist known for a sketchy relationship with the truth, colourful personal life and eye-catching hair, whose star ascended partly through a cynical appeal to his country’s recent flirtation with aggressive nationalism. 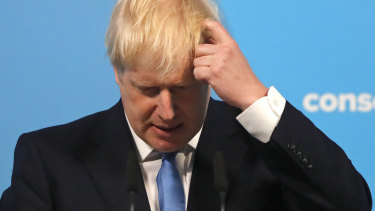 These are probably not the similarities Trump was thinking of.

And anyway, the similarities are overplayed. For a start, Johnson has twice the divorce tally, and is known for his erudition in the classics.

And there are deeper differences.

Trump inherited from Obama a strong economic recovery that continued under his watch – matching though not significantly beating Obama’s second term on most measures.

Johnson, on the other hand, inherits a post-financial-crisis recovery blunted by Brexit worries and a resulting slowdown in business investment.

The UK’s growth rate barely beats the Eurozone average, its currency has devalued significantly and the National Institute of Economic and Social Research this week warned the UK economy might already be in recession. 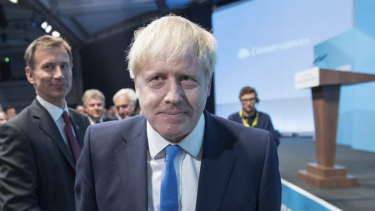 This may not be to his advantage. On the international stage Trump’s eccentric unpredictability, his regular immunity to sense and logic, has flummoxed opponents. Johnson will likely be more transparent at the negotiating table, and his stint as foreign secretary was not replete with success stories.

But Johnson's demonstrable intellect also reassures supporters, who trust that his studied buffoonery and linguistic contortions are a performance rather than a disability.

Another touted similarity between Trump and Johnson is in the positivity of the message they send – at least to their base.

Ever since the Brexit referendum Johnson has taken aim at the long queue of economists and industry groups who have warned of the dangers of taking Britain up to and over a hard or no-deal Brexit.

In repeated appeals to the history of English inventiveness and pluck, Johnson insists that a better future is within the country’s grasp, if it will only have the courage of its Brexit convictions – assuring them that he will put the Great back in front of Britain.

In the main, Conservatives did not opt for Johnson over Jeremy Hunt in an outburst of Trumpian anger. Hunt ended the leadership campaign more well-regarded than he began it. This is more like Obama’s transformative ‘hope' – that Hunt may have been a recognisable and reassuring Conservative but Johnson was something else: a political magician who would aim high, promise the world, and take his country with him.

It may be a fantasy but it’s one this nation desperately wants to believe in, stuck in the Brexit gutter but looking at the stars.