A cult-like group was raided by police in an ultra-Orthodox neighbourhood of Jerusalem in which dozens of women and children were being held and abused, Israeli officers said today.

The group have been accused of keeping up to 50 women as well as children as young as one under ‘slavery’ conditions.

A police’s undercover investigation learned the details from women who had escaped the organisation that authorities described as a ‘cult’.

The police raid was carried out in coordination with the Israeli Center for Victims of Cults. 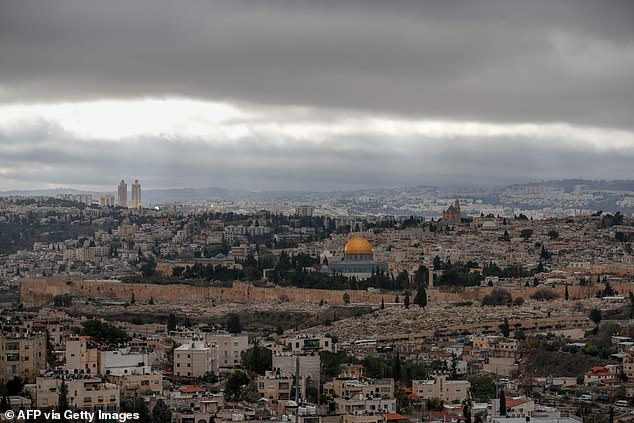 Police say a 60-year-old man, who is said to be a rabbi, was arrested on suspicion of heading the group and ‘committing severe offences’ against those under his influence.

He and eight female accomplices are suspected of isolating some 50 women in the complex, along with children between the ages of one to five, and keeping them out of contact with their families and the outside world.

The prime suspect, who was not named, is also suspected of stealing money and delving out various forms of punishment.

The raid was led by police, but also included social workers, cult experts, medical staff, firefighters and city engineers who began a detailed safety assessment of the dilapidated compound where the group lived.

Stephon Clark protests result in more than 80 arrests in Sacramento