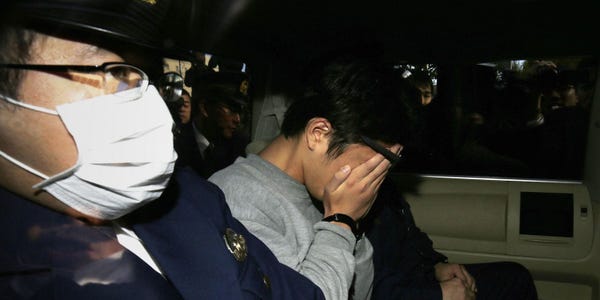 A Japanese man, dubbed the "Twitter killer," has pleaded guilty to murdering and dismembering nine people in 2017 after he lured them via social media.

Takahiro Shiraishi, 29, told a Tokyo court on Wednesday that he had used Twitter and other online platforms to contact people who had expressed suicidal thoughts.

Shiraishi allegedly told his victims that he could help them die, and in some cases, also promised he would kill himself alongside them.

He then invited them to his apartment in Zama, 25 miles south-west of Tokyo, where he sexually assaulted, strangled, and dismembered them.

Eight of his victims were young women, and one was a 20-year-old male, killed after he confronted Shiraishi about his girlfriend's whereabouts. Three of the female victims were still in high school, one of which was only 15 years old.

The defendant told the court that the allegations against him "are all correct." However, his lawyers argued that his charges should be reduced because his victims gave consent to be killed, according to the BBC.

If convicted, Shiraishi is likely to be sentenced to death. However, if he is charged with "murder with consent" he could only get a prison sentence between six months and seven years.

According to the BBC, Shiraishi had publicly disagreed with his lawyers, telling a local paper that he killed his victims without their consent.

"There were bruises on the back of the victims' heads. It means there was no consent and I did it so that they wouldn't resist," he said, the BBC reported.

Shiraishi's crimes came to light in October 2017, after police were tipped off during a missing person's investigation, who later became one of the female victims.

He told them her corpse was stored in his freezer. Eventually, police found body parts of the nine victims stashed in cooler boxes and other storage containers.

"I killed them and did some work on the bodies in order to hide the evidence," Shiraishi told the police, according to the Guardian.

The high-profile case sent shockwaves through the country and prompted Twitter to introduce new rules against promoting suicide and self-harm.

At the time, the company's CEO, Jack Dorsey, said that the case was "very unfortunate and extremely sad," according to Quartz.

Japan has long struggled with high suicide rates, although last year the country saw its lowest number since authorities started keeping records in 1978, according to the Japan Times.

Mental health experts however are concerned that these numbers will spike again as more people have struggled with anxiety and depression during the coronavirus pandemic.

Shiraishi's sentencing is expected on December 15.

Barack Obama hits the golf course in Hawaii with friends