Boy, 15, who chased down black boy and assaulted while calling him a ‘black c****’ is convicted of a hate crime – but spared jail and sentenced to ‘extra chores’ by judge

A schoolboy who launched a ‘hate crime’ assault with two friends on a black youth has been spared jail – and punished with household chores in a soft justice outrage.

His victim, 15, was held down and kicked to the head by the group, before being called a ‘black c***’ by one of the thugs.

The attack, which took place in a children’s play area in Wokingham, Berks, only came to light after sick footage of the attack was sent to police in October.

Legal reasons mean the attackers cannot be named and were referred to as boy A, boy B and boy C by magistrates hearing the case in Reading Youth Court.

But despite prosecutor Lucy Eastwood urging a stiffer punishment for the hate element of his offence he ended up with a light punishment. 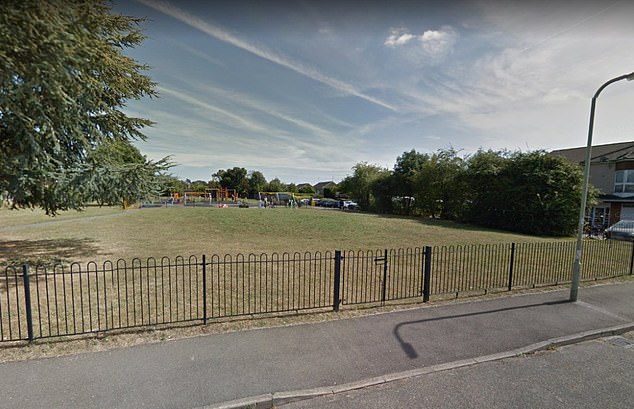 The attack happened at this children’s playground in Wokingham, Berks, back in October

Magistrate Chris Juden did give him a longer 12-month youth rehabilitation order than the other children but the order to pay costs of £127 over four weeks will be settled by his uncle.

The JP told him: ‘We do expect that the boy will be making that up to you by way of additional work around the house.

‘He has to understand the consequences of his actions. He must not walk away from this without knowing the pain of paying that back.

‘Bearing in mind how nasty this attack was, particularly with the kicks to the head and the stamping on it, you could find yourself going into custody.’

Magistrates heard how the attack had unfolded after the trio had hunted down the boy.

Describing the footage, Ms Eastwood said: “The defendants are seen to chase the victim, who slipped and fell on to the floor. 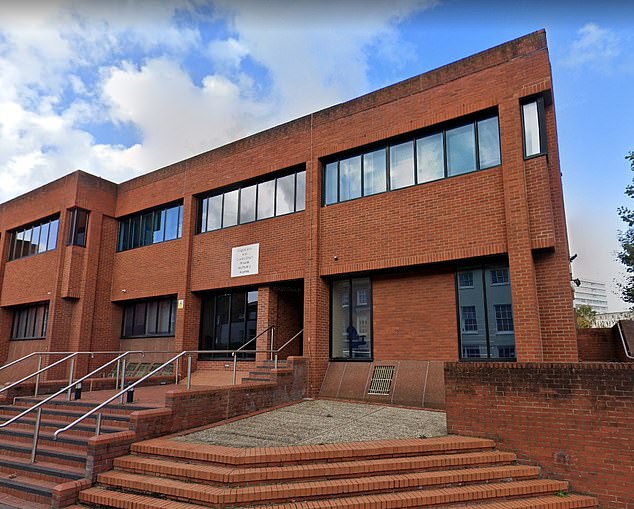 “Boy A holds the victim down while all three punch and kick him.

“Boy B continues to punch him and kicks him to the head. Boy C kicks him several times to the head and he is heard in the footage to call the victim a ‘black c***’.”

The magistrates watched footage of the boys walking away after having battered the victim, who was pushed into a bush.

Boy C had a previous conviction for criminal damage and giving a false report of a fire to the authorities, the court heard.

Speaking to the magistrates, Boy C said: “These boys came down to Wokingham and through social media asked us to come and fight them.

“When I saw him, he was with a couple of other boys and I just started fighting, I regret it now though.”

Paul Gilmartin, defending Boy C, said: “The defendant knows he should not have become involved with that but he cannot turn the clock back and make things right, as much as he wishes he could.

“He himself understands how serious this offence is and that effectively he has come to the end of the line here to the kind of offences one could commit before he goes into custody, even at 15-years-old.”

Lawyers on behalf of the defendants had said the victim was accused by three girls in the local area of assaulting them, which had sparked the confrontation.

Presiding magistrate Chris Juden sentenced Boy C to a 12-month youth rehabilitation order, which required him to comply with a supervision requirement, an activity requirement for 10 days and not to communicate with the victim.

Lawyer of Diego Maradona’s son, 8, insists it has been 'proven' the Argentina & Barcelona icon's death was manslaughter