JUST one in 1,000 people in England have Covid as infection rates continue to plummet.

The latest figures show the number estimated to have the virus has dropped 40 per cent in a week and is the lowest since early September 2020. 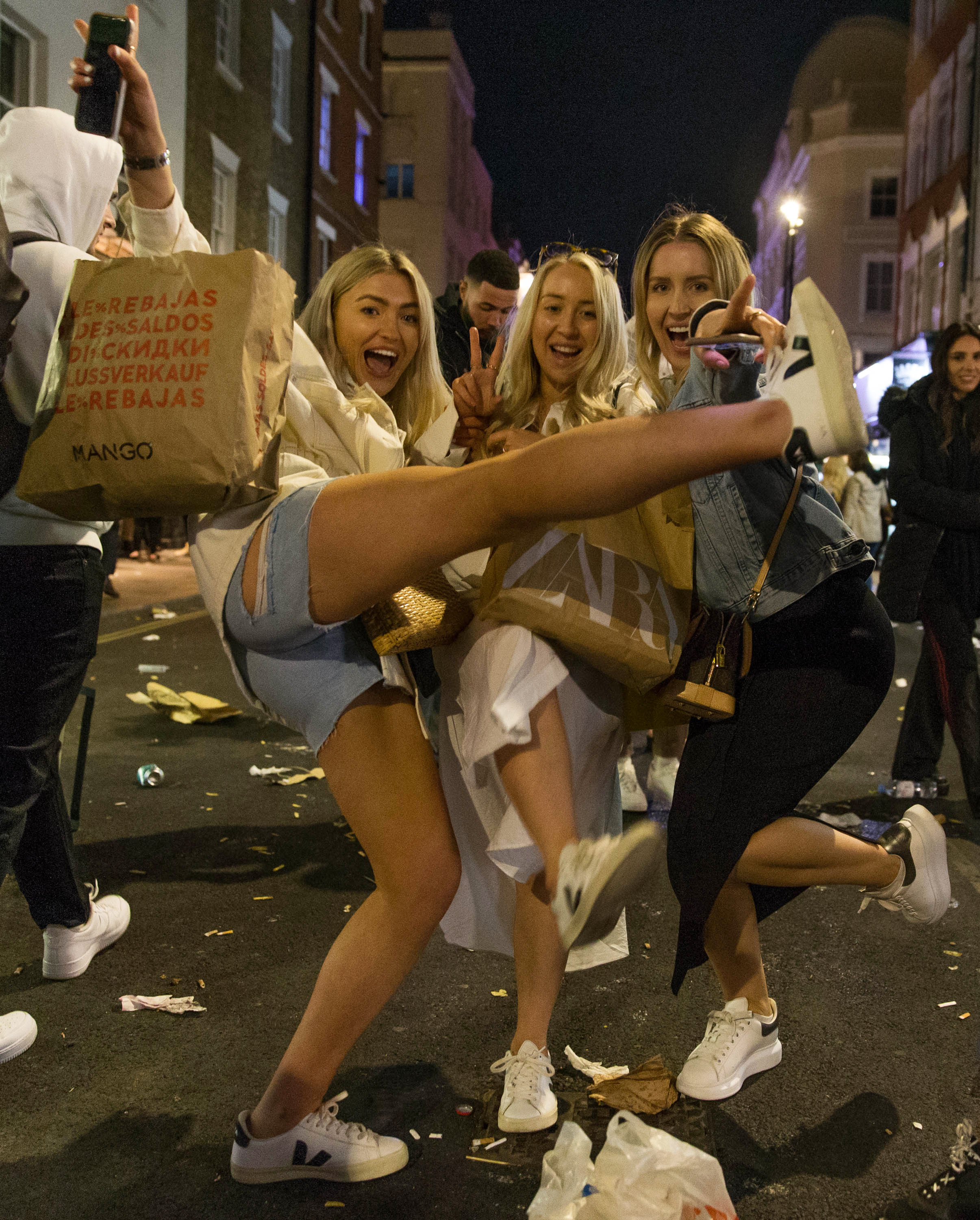 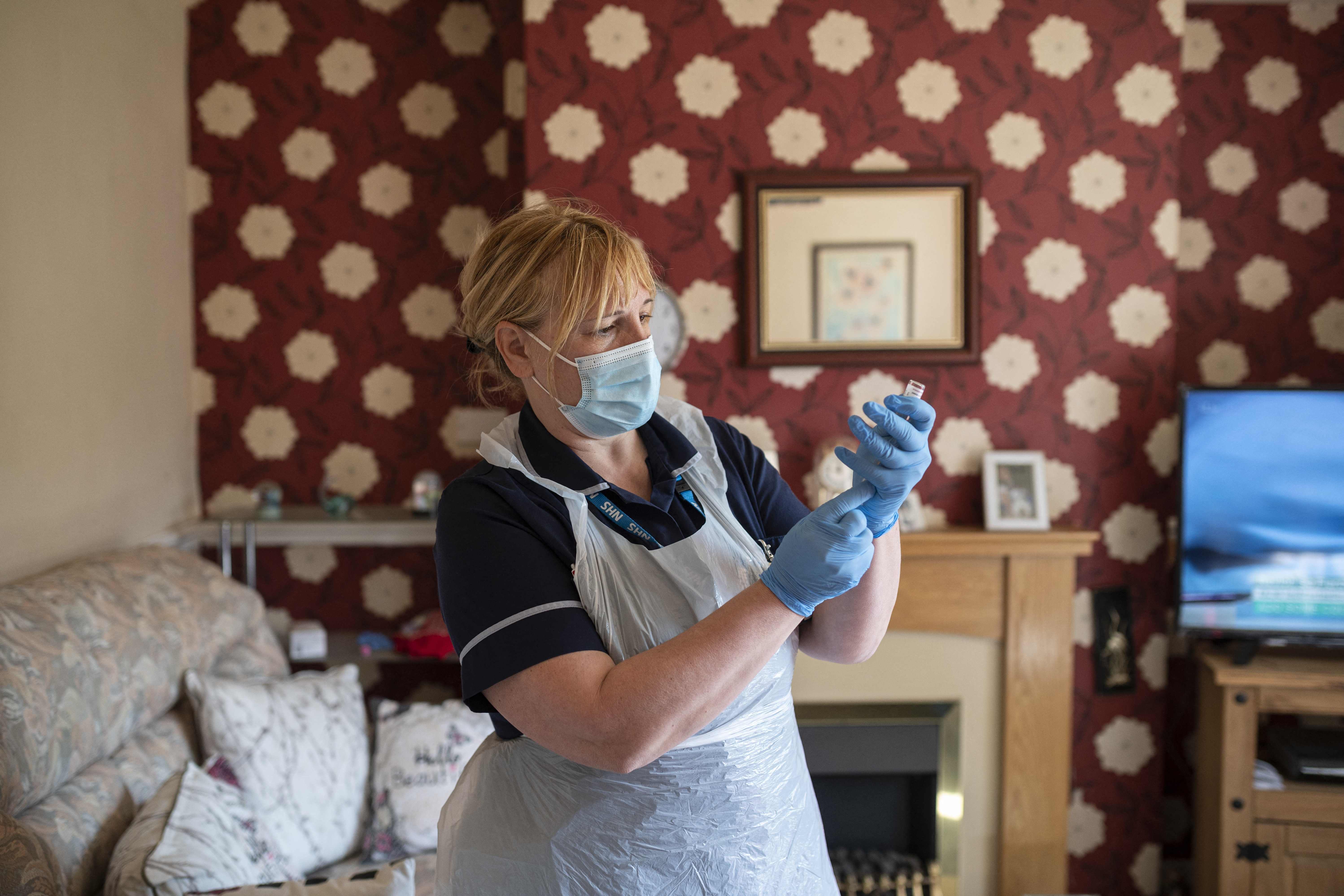 It estimated 54,200 people were likely to have tested positive for Covid-19 in the week to April 24, down from 90,000 the previous week, according to Office for National Statistics (ONS) data.

This means around one in 1,010 people in private households in England had Covid-19 in the week to April 24, compared to one in 610.

It is the lowest figure since the week to September 5, when the estimate stood at one in 1,400.

Numbers are also 20 times lower than the second wave peak in January when more than 1.25 million people were infected.

The data suggests the easing of restrictions on April 12 has not set back Britain's roadmap out of lockdown.

Paul Hunter, professor in medicine from the University of East Anglia, said of the findings: "What makes this week's results particularly important is that this would be the first week when there would be any evidence that the relaxation of April 12 would have had a negative impact on the epidemic.

"That there is in fact no evidence of an increased transmission risk is reassuring that for the time being at least it looks like the current road map is still on target." 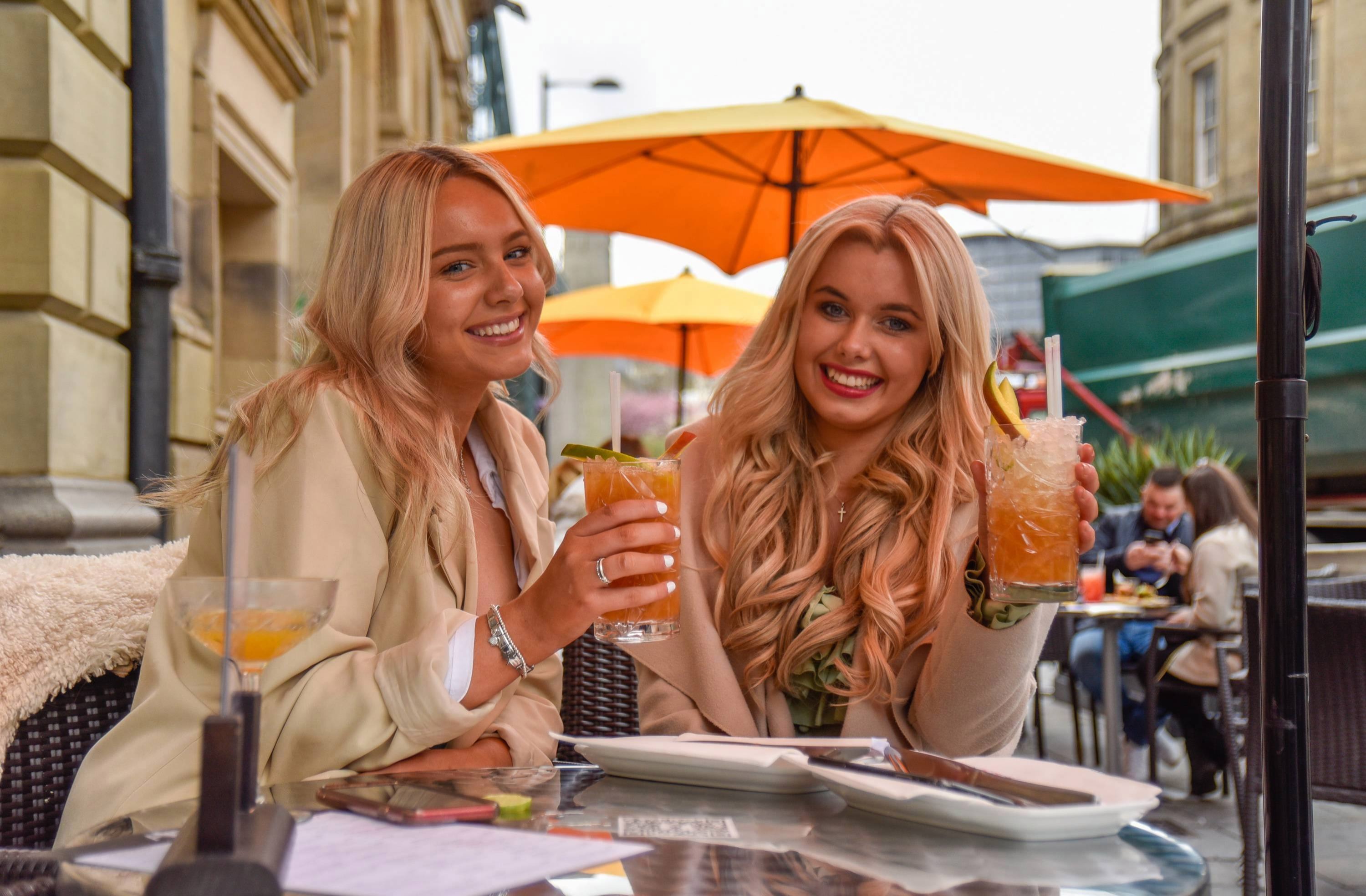 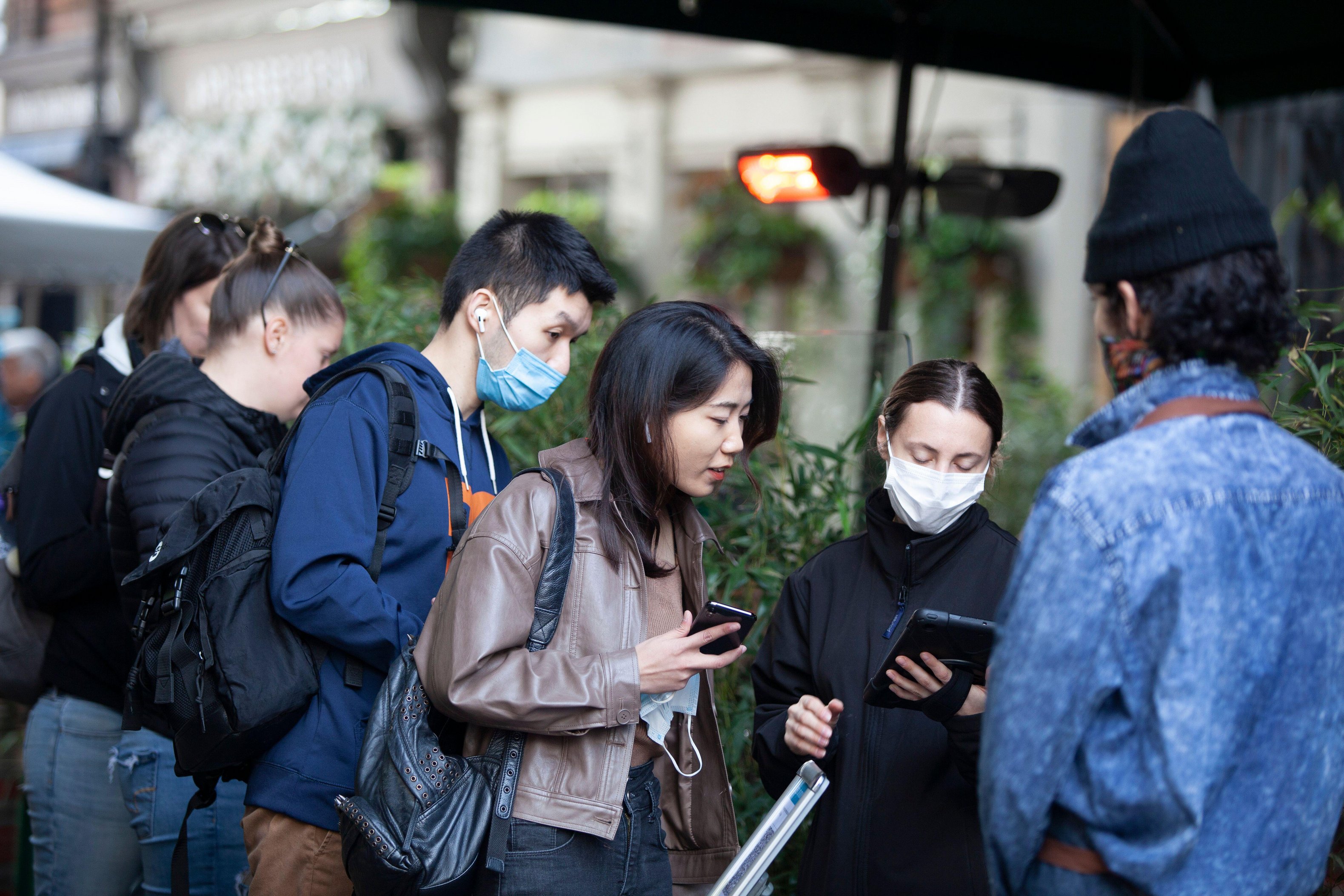 Kevin McConway, emeritus professor of applied statistics at the Open University, said there was currently "no sign" in the data of a negative impact from loosening restrictions, though he said it was possible infection rates would go up at some point as people do more.

However, Rowland Kao, professor of data science at the University of Edinburgh, said that while the "continued decline is good news and should be celebrated", the ONS survey does not yet "provide us with more information about what recent changes in restrictions are doing".

It comes after Professor Tim Spector, epidemiologist at King's College London, said the UK has "one of the lowest rates in Europe at the moment" and the country was on track to reach herd immunity.

He added: "The average risk for someone having symptomatic Covid is really low at the moment. We're estimating it's as low as one in 40,000."

Referring to data from the Covid Symptom Study, which he runs, he also told Sky News: "It looks like at the moment that we're past that pandemic period and we're moving into what we call the endemic period where we get low levels of infection, and occasional outbreaks, but they don't spread to the rest of the population, and the general risk is low."

Overall, the percentage of people testing positive has fallen in each region – aside from Yorkshire and the Humber where rates remain uncertain.

Meanwhile, in Wales, around one in 1,570 people is estimated to have had Covid-19 in the week to April 24 – down from one in 840 in the previous week, and the lowest since the week to September 10. 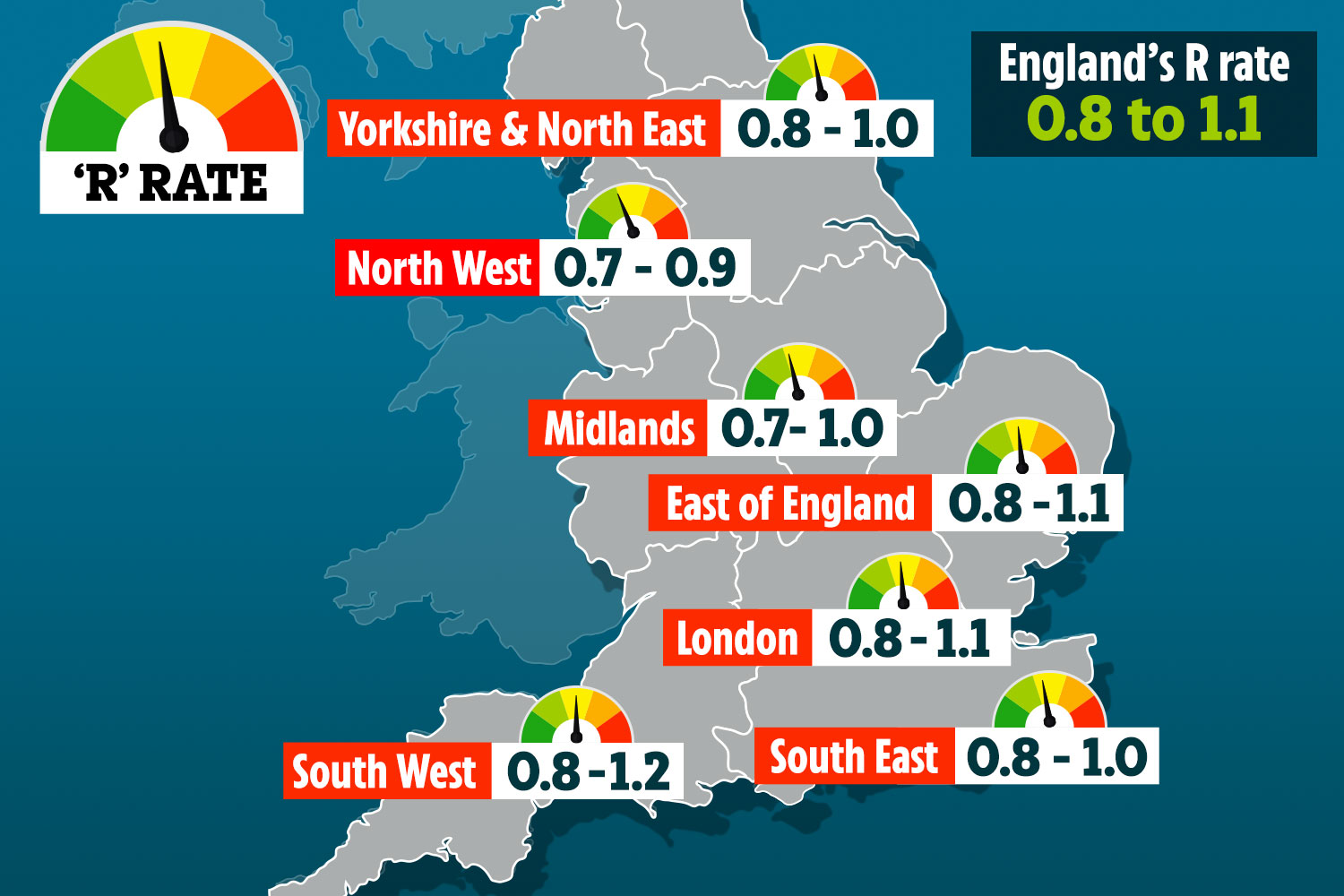 When modelling the level of infection among different age groups in England, the ONS said rates have decreased for those between the age of two and school year 11, and for those aged 35 and over.

But for those from school year 12 to age 34, the trend is uncertain.

But despite falling cases, SAGE has said that the official coronavirus R rate has risen in England this week and now sits between 0.8 and 1.1.

Last week it was between 0.8 and 1.0 for England and it has remained remained relatively constant and below 1 since February 5, having peaked on January 15 at between 1.2 and 1.3.

Professor Spector said that in regions of low infection, people who have been vaccinated "should be much more relaxed and less stressed out".

He added: "I know a lot of people are still very worried about coming out of doors or pubs opening or restaurants…but for me this is a very reassuring picture and we should be a bit more upbeat about it, and focusing on the good news, not just the bad news or the possibility of something bad happening in the future."

He also said: "What isn't appreciated is how well this vaccination programme is working, and looking at equivalent countries like Israel they've actually got rid of all their Covid restrictions, and they have quite similar rates to us at the moment.

"So it's not zero, but it seems a manageable range that we can cope with so I'm pretty bullish and I think we ought to start recognising that people, particularly I'm worried about older people who have had both vaccinations, should be much more free to see other people and get their social lives back and their mental health back, particularly those that are the kept prisoner in care homes at the moment, it's a disgrace that they're still under these severe restrictions."

He said there was a need to "get our minds around the fact that the risk will never be zero" and that life would need to go back to normal.

"I'm confident that these data are showing us that this will happen, and we're reaching herd immunity," he added.

Ministers to unveil £7.5million package to help tackle loneliness in victory for The Sun's Christmas Together campaign