KIM Jong-un has reappeared today after being missing for weeks as he visited the memorial palace where the body of his grandfather is entombed.

Images show the enigmatic dictator at the Kumsusan Palace of the Sun mausoleum as he was said to be commemorating the 26th anniversary of Kim Il Sung’s death. 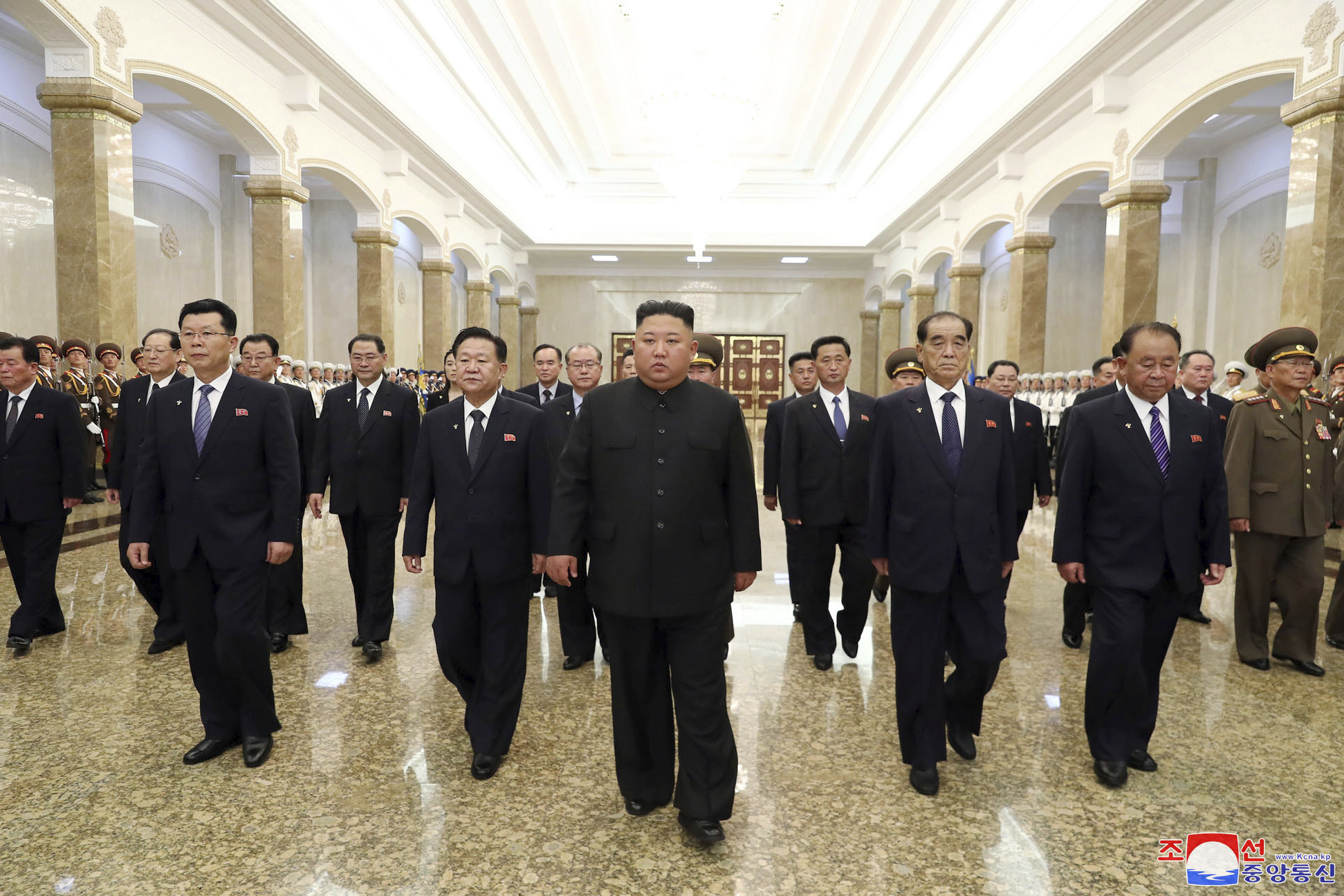 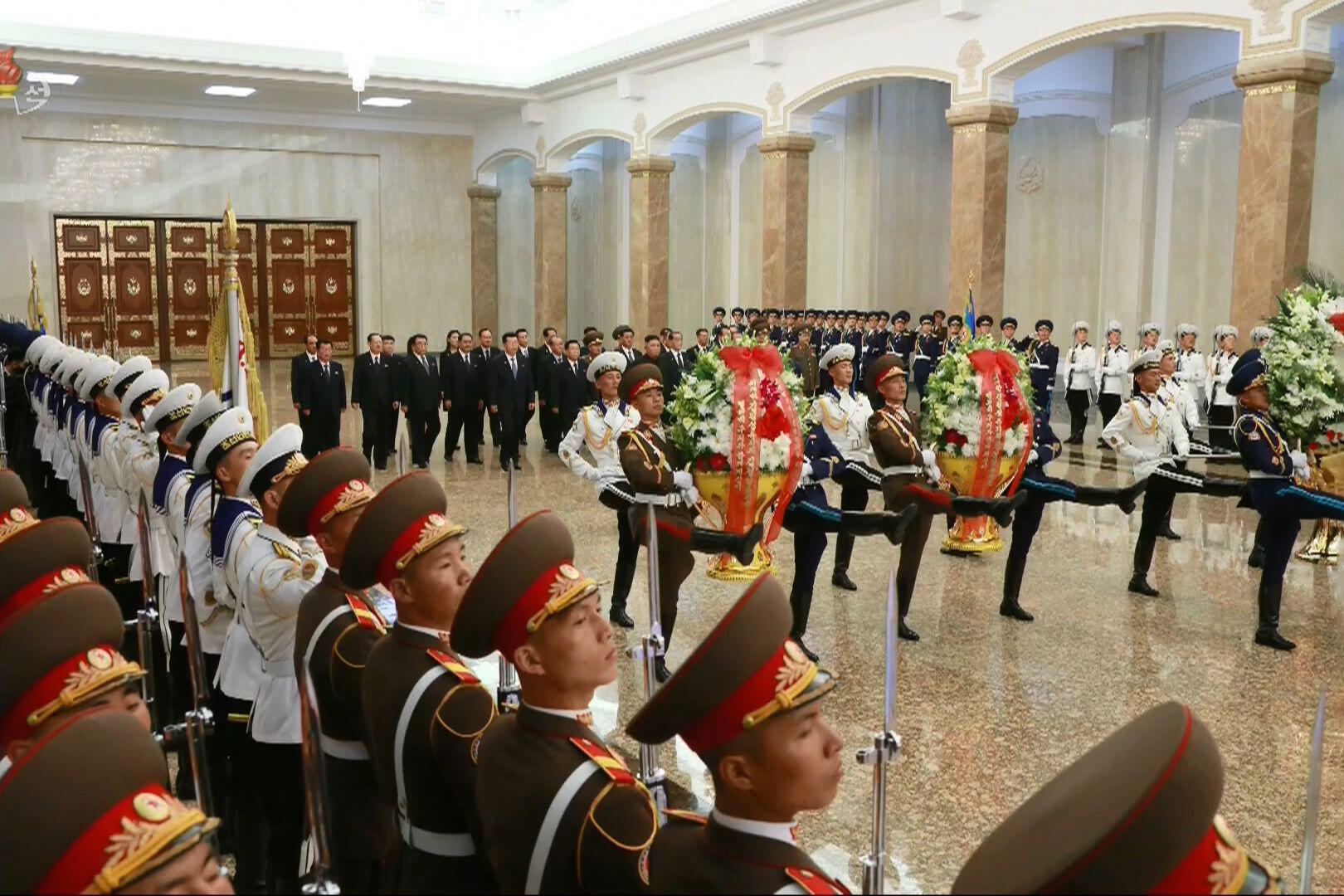 Joining Kim at the mausoleum were top officials Choe Ryong Hae, Pak Pong Ju, Kim Jae Ryong, among others, according to state media, as they approached Kim Il Sung's statue

No North Korean leader has ever missed the event, as the dead dictator is considered to be the country's “eternal president” even though he died in 1994.

Before this apparent appearance, the North Korea leader has been disappearing and reappearing over the past three months.

This fuelled speculation over his health or whether he was still alive.

Following his first disappearing act, reports emerged claiming the enigmatic 36-year-old despot had died or was gravely ill after a botched heart operation.

After vanishing for 20 days he turned up on May 1 at a newly-constructed fertiliser plant before again disappearing from public.

And on May 24 Kim reappeared after another three-week absence to discuss putting his nuclear forces on "high alert" amid speculation about his health.

He then vanished and was not seen for more than three weeks.

No coronavirus masks in photo

But while the officially released image claims to show the leader making an appearance today, it is notable that no one is wearing a mask.

The country’s defence minister made the bombshell comment at a press briefing and added he thought recent movements in the secretive state were “all very strange”.

He told reporters: "We have some suspicions about his [Kim Jong-un’s] health."

Taro said the "very strange movements" in North Korea were because of Kim "trying not to get infected,” as the "virus is spreading around" the country.

He said Japan, the US, and others have been exchanging information about him.

But adding to the mystery, he did not elaborate on what he thought was the matter with the tyrant, saying: "I’m not allowed to discuss intelligence issues." 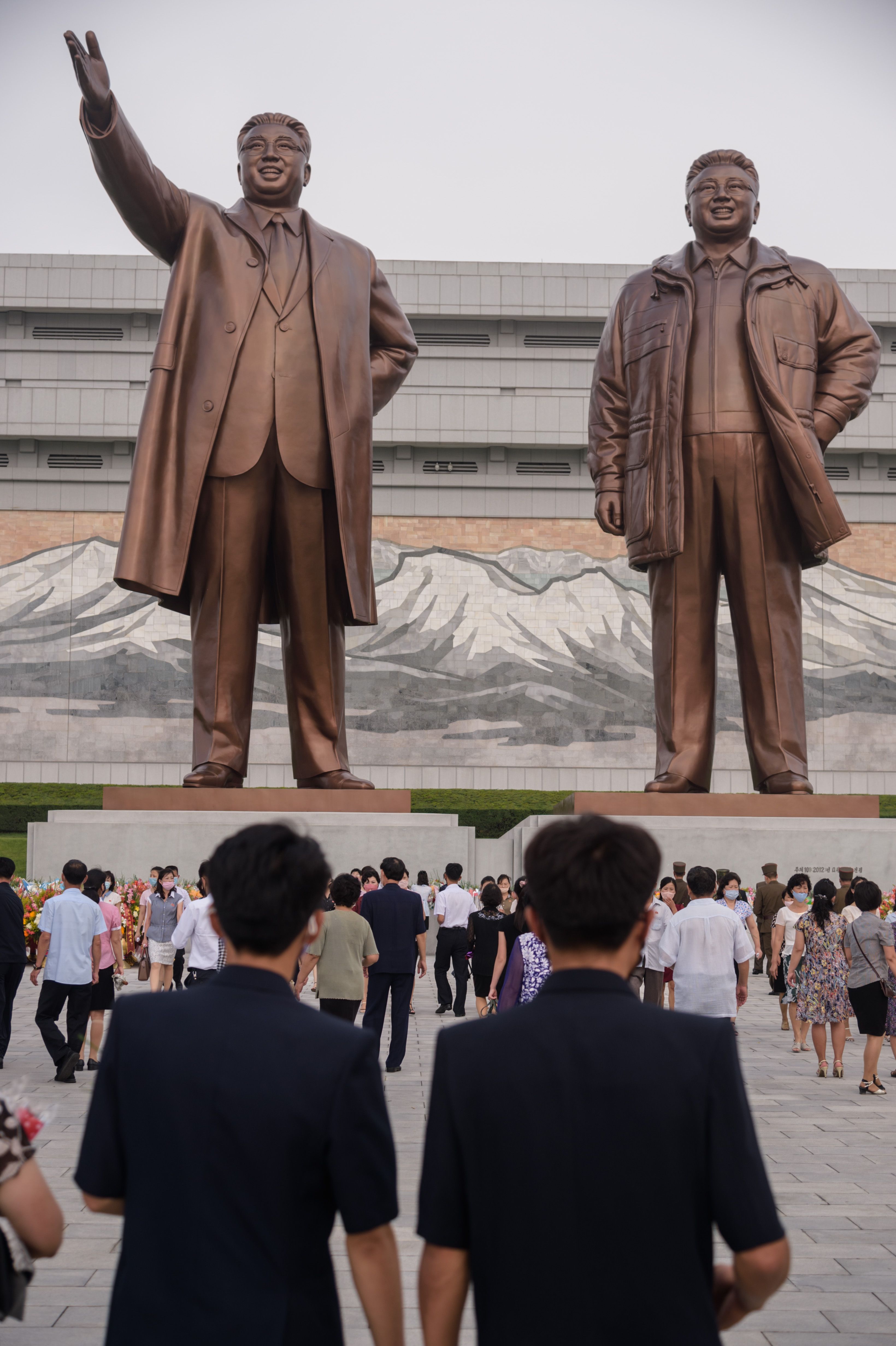 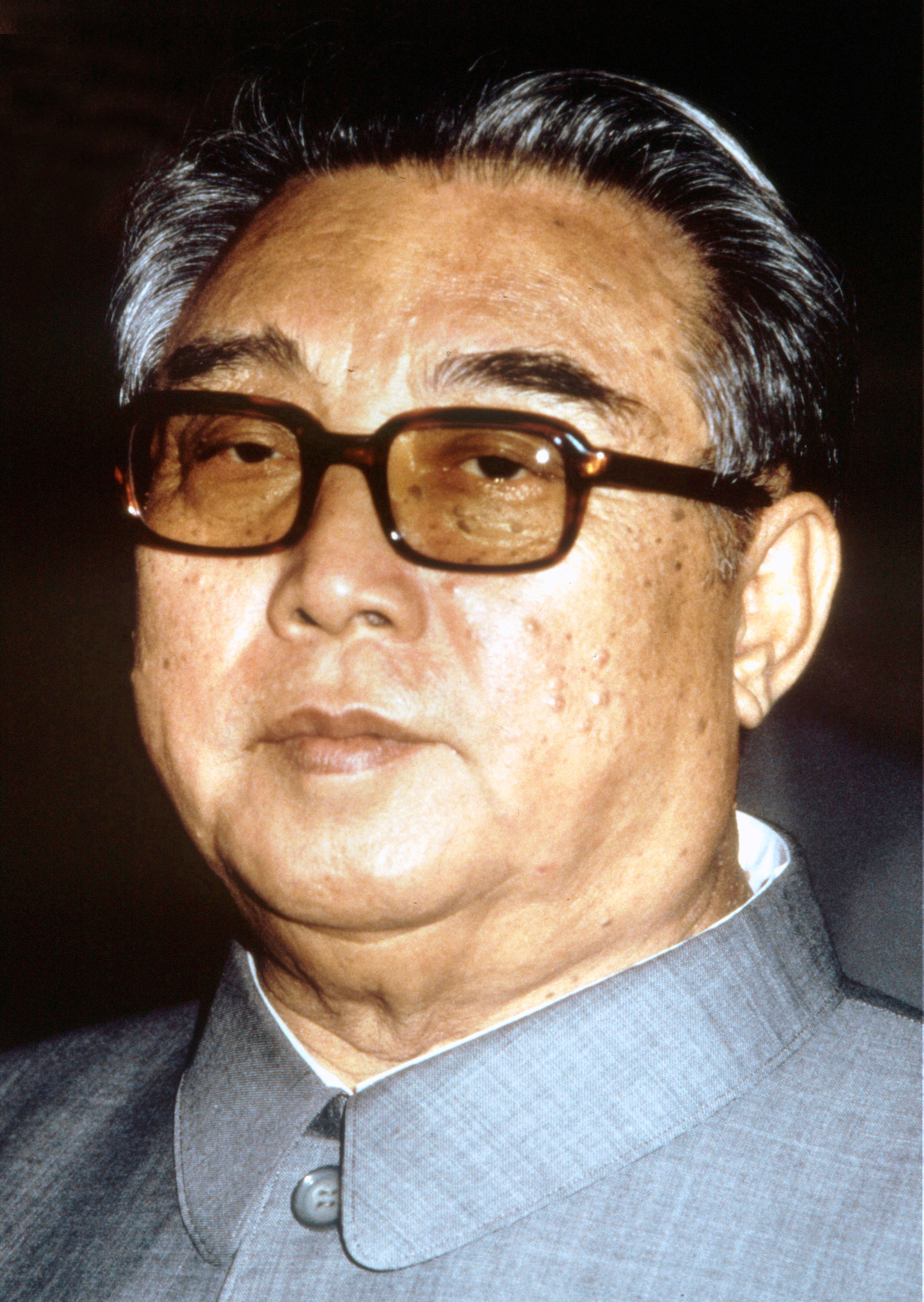 Whatever the rumours, something strange is certainly going on in the background with its leader, who is usually photographed out and about inspecting factories, weapons or special events.

Since Kim’s initial disappearance after May 1, state media has carried a steady stream of stories on Kim sending or receiving letters and diplomatic correspondence.

But they have not shown him attending public events

Resurfaced video has also recently shown Kim chin-wagging with what appears to be his body doubles in bizarre footage shot in July 2017.

The dictator was filmed chatting away with the two suspected lookalikes – dressed identically in his signature black pinstripe suit and Cuban heels.

Kim took over as the dictator of North Korea h after his father and former leader Kim Jong-il died in late 2011.

How much does McDonalds pay their employees and do they get free food?