I’ll sleep hair! Kitten takes a catnap on its owner’s HEAD as she tries to work from home

This is the comical moment a sleepy kitten decides to take a catnap on his owner’s head as she works from home.

Footage captured in Heywood in Rochdale, Greater Manchester, shows the eight-week-old feline named Bobble balance himself on his owner Kellie Anne Lacey’s head as she takes part in a conference call from her dining room.

The cat finds the perfect spot on Ms Lacey, 44, before slowly closing his eyes and falling asleep.

The footage was captured by Ms Lacey’s daughter Olivia Rose Lacey, 19, who found the sight of her mother balancing her work and pet cat ‘very funny’. 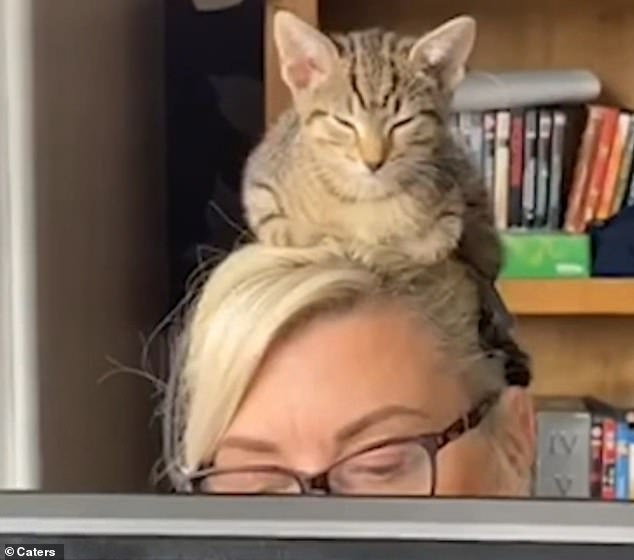 The eight-week-old cat named Bobble falls asleep on Kellie Anne Lacey, 44, from Heywood in Rochdale, Greater Manchester, as she works from home

During the clip, the cat sits on top of his owner’s head and glances down at her desk.

Moments later, the feline closes his eyes and begins to fall asleep as Ms Lacey tries to stay still.

Ms Lacey’s daughter said: ‘My mother was on a conference call with her company at the time and Bobble had decided to climb up her leg onto her lap and then walked up her arm and had jumped on her head.

‘He then proceeded to sit there for five minutes before deciding that it was a good place to take a nap so he lay down and fell asleep.

‘Me and my mother had both found it very funny, I burst out laughing. 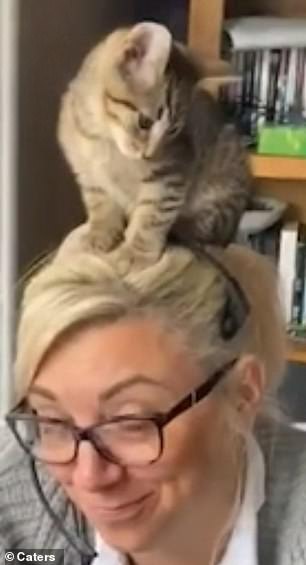 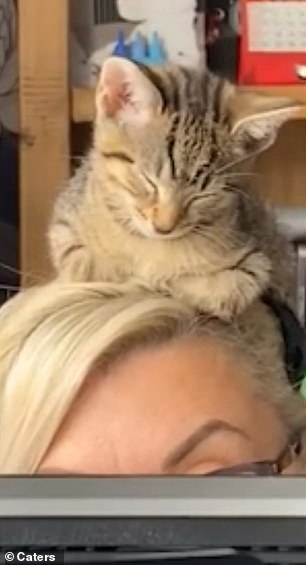 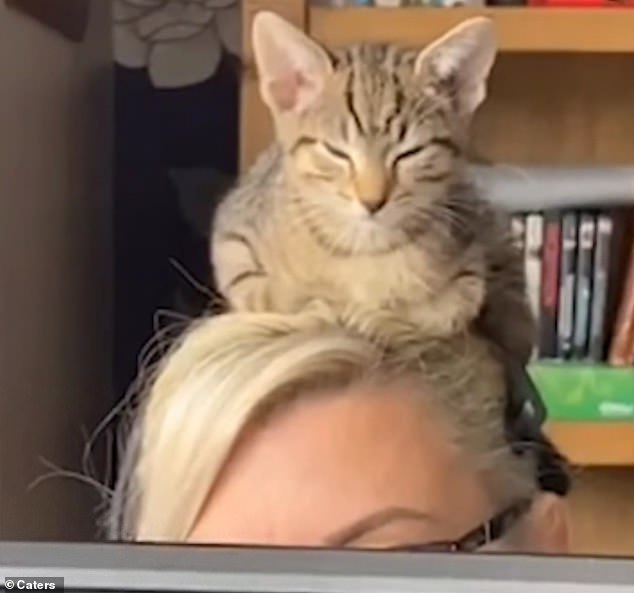 ‘Luckily, she was on mute on her conference call!

‘She was trying to laugh but also did not want to accidentally shake him off in the process.

‘He slept on her head for 20 minutes before then climbing down to run around the room again and play after his power nap.’

In Potentially Big Sign Of Trouble For Trump, Even Fox News Allies Like Tucker Carlson Now Turning On Him

Boris Johnson could be out of action for TWO MONTHS