A court injunction preventing Labor’s national executive from conducting preselections in Victoria has been lifted, paving the way for the party to choose candidates for 22 of the state’s federal seats.

In early May, a Victorian Supreme Court judge imposed a temporary injunction blocking the preselection of candidates in Victoria while the court heard a challenge by 12 unions against the Labor Party. 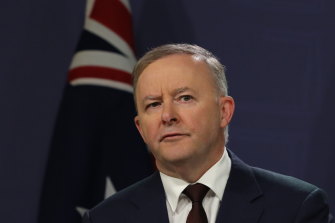 The unions are trying to overturn a move by Labor’s national executive for it to select candidates in 21 federal Victorian seats plus the new electorate of Hawke.

The case is being heard by Justice Timothy Ginnane alongside a case brought by Labor MP Marlene Kairouz.

Ms Kairouz, who was charged by Labor with branch-stacking offences in the wake of an investigation by The Age and 60 Minutes, claims she was unlawfully pursued by the party. Ms Kairouz and Mr Somyurek have both denied the branch-stacking allegations against them.

Justice Ginnane decided the cases would be heard together because of the similarity of their arguments, and said it would be unfair for preselections to be finalised until at least all the evidence was heard in the trial.

In a win for the ALP on Wednesday, Justice Ginnane ruled that the injunction be discontinued, meaning the preselection process can go ahead. The ruling came after 10 days of evidence and submissions.

However, the judge warned Labor that its preferred candidates might later be ruled invalid if he found in favour of the unions in his final ruling.

The unions had argued the injunction should remain in place until Justice Ginnane gave his final ruling.

They said that in the event they were successful in the court battle and the preselection process had already been carried out by the national executive, the positions of chosen candidates would be rendered invalid and lead to an unwieldy and costly process for the party.

Justice Ginnane accepted that confusion might occur if the unions were ultimately successful, but said in his opinion “the balance of convenience is in favour of not continuing the interlocutory injunction”.

“I consider particularly important that the interlocutory injunction prevents the ALP, the political party to whom all individuals involved in this litigation belong, from nominating candidates for … seats in Victoria,” he said.

“This is at a time when other parties are free to nominate candidates. There is some force in the defendant’s submission that campaigning is best associated with the promotion of the preselected candidate.

“There is a lower risk of ultimate injustice with no injunction in place.”

Lawyers for the ALP successfully argued that the party would “suffer prejudice” if the injunction remained in place, as it needed to have candidates out in the field to contest the next federal election.

The discharge of the injunction is expected to reignite party infighting over the candidate for the new seat of Hawke, an expected safe Labor seat in Melbourne’s north-west.

When the injunction was imposed in May, it reversed Labor leader Anthony Albanese’s demand for the national executive to fast-track the preselection process.

The case will return to court next week. Justice Ginnane will make his final rulings at a later date.