The sharpest satirical commentary about state divisions over COVID-19 border closures has hit TV screens in the unlikely form of an advertisement for lamb.

The campaign from the Meat and Livestock Association satirises border restrictions caused by the pandemic and is the latest in the trade association’s 14-year campaign to boost lamb sales for Australia Day. 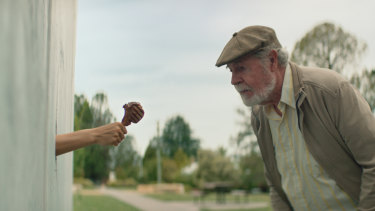 Over the next six weeks, the “Make Lamb, Not Walls” campaign will receive heavy airplay over television, online, outdoor and social media.

But last year’s ad, which satirised surveillance culture and the Cambridge Analytica scandal, was poorly received after it was delayed until January 27 due to the bushfires.

The history of memorable lamb advertising stretches back even further. Back in 1990 a youthful Naomi Watts turned down dinner with Tom Cruise because “mum’s doing a lamb roast”. 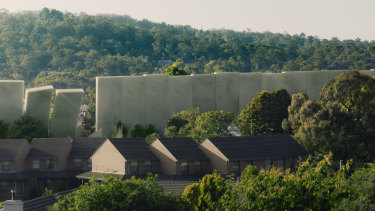 “We never seek to be controversial, we just try and reflect the conversations that are going on,” Yardy said. “We are here to sell more lamb and it helps to keep it top of mind over the summer. One thing about this campaign is that it bats well above its worth.”

Piers Morgan: Trump's got Davos cheering the US economy

Dramatic moment trapped boy,7, reaches for grandad through crack in ground after river swept him into underground cave