Last rites for seminary after 130 years… as it runs out of trainee PRIESTS: Lack of aspiring clergymen sparks end of long-running institution

The class of 2021 at St John’s Roman Catholic seminary is an exclusive club, numbering only five.

And they also represent the end of an era – for the 130-year-old institution is closing this summer after running out of trainee priests.

A further ten more junior students will have to continue their studies at the only other two seminaries in England. 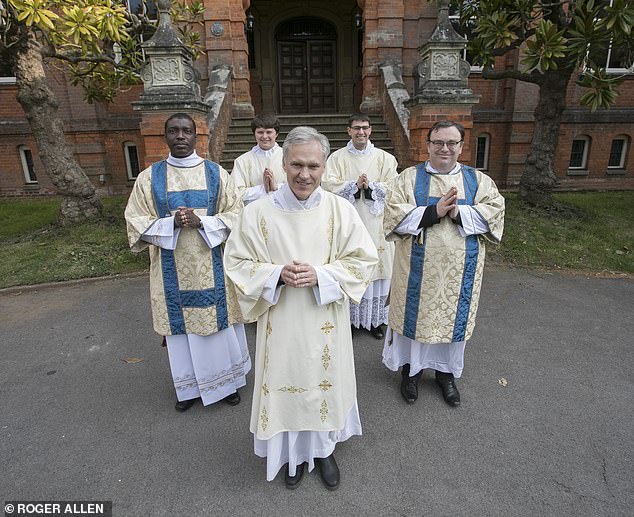 In 2019 there were just 29 trainee priests in the whole country, and last year St John’s in Wonersh, near Guildford, Surrey, admitted none.

In stark contrast, 100 years ago there were enough seminarians to fill the steps of the grand Victorian building.

Monsignor Gerald Ewing, 66, the rector of St John’s, said: ‘It’s a very sad moment, but to carry on was not viable.

The loss of the seminary comes against a backdrop of an increasingly secular world and the fallout from countless sex abuse scandals in the church.

Mr Donnelly said: ‘I think people have got to be brave to be a priest these days, partly because of recent scandals.’

Mr Hunter added: ‘We’re swimming against the tide in an increasingly secular and materialistic society.’

Grade II-listed St John’s, which appeared in ITV detective drama Foyle’s War, and its surrounding land is worth millions.

It is set to be deconsecrated and will be offered for sale or lease. 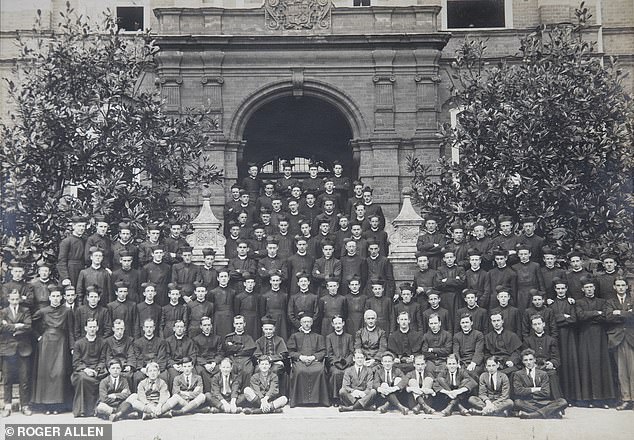 In stark contrast to today, 100 years ago there were enough seminarians to fill the steps of the grand Victorian building. Pictured: Students at St John’s in the 1920s