Lip reader reveals what was REALLY said at George H.W. Bush’s funeral between Hillary Clinton and Michelle Obama, Mike Pence and Dick Cheney as the country’s most powerful people gathered at the National Cathedral to pay their respects

It was an extraordinary event which brought together hostile political adversaries and forced them into some very awkward interactions.

But as the world watched eagerly as rivals and friends like the Obamas, the Clintons, the Trumps and the Pences greeted one another at George H.W. Bush’s state funeral on Wednesday, it was near impossible to tell what they were saying through their forced smiles and pursed lips.

Now, a lip reader has dissected some of their conversations.

According to Larry Wenig, Inside Edition’s resident lip reader, the exchanges were all friendly.

When former vice president Dick Cheney greeted Barack Obama, he welcomed him with a smiley: ‘Good to see you Mr. President.’

Hillary Clinton and Michelle Obama spoke comfortably to one another before taking their pews. 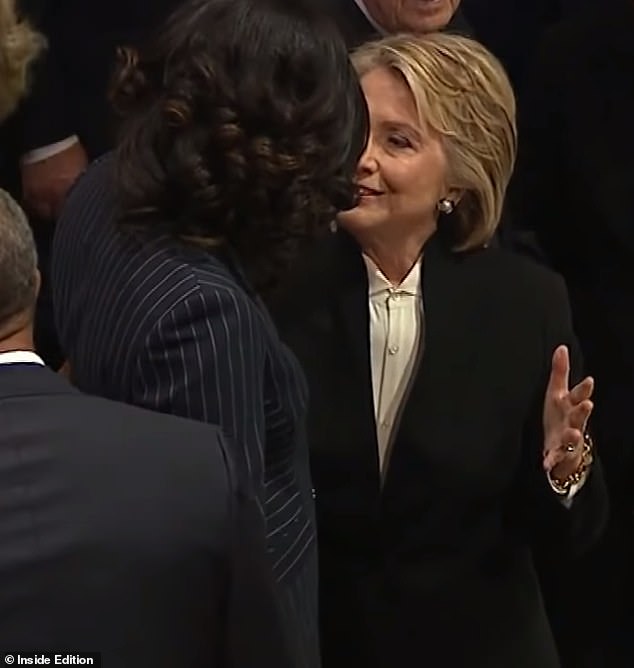 ‘I love it… I am so proud of you’ was what Hillary Clinton told Michelle Obama before they took their seats. It is likely they were discussing Michelle’s recently released and heavily publicized book, Becoming 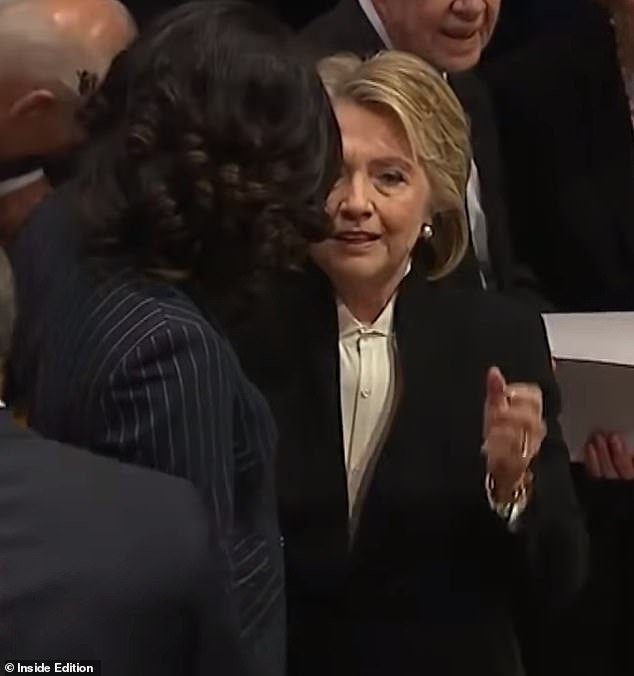 According to Wenig, Hillary told Michelle ‘I love it’ and ‘I am so proud of you.’ It is not clear what she was referring to but she also mentioned ‘family’.

It is likely they were talking about Michelle’s recently released book, Becoming.

Hillary had a slightly more frosty exchange was had between Vice President Mike Pence and his wife Karen.

Karen seemed to have invited Hillary to something and she acknowledged the invitation when they came face to face, saying: ‘You invited me to an event.’

It is not clear what else was said between them.

Unfortunately, Ivanka Trump and Chelsea Clinton, former friends turned political foes, were sitting too far back in the pews to be understood.

Body language expert Dr. Lillian Glass also picked apart how the mood changed when President Trump and First Lady Melania Trump took their seats next to the Obamas and the Clintons. 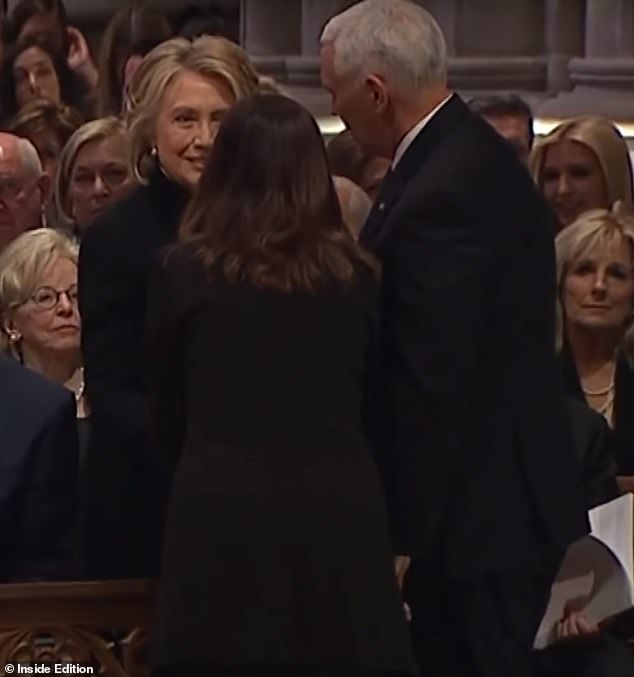 Hillary seemed to thank Karen Pence for ‘inviting’ her ‘to an event’, according to the lip reader. She was polite but reserved as she spoke with the Pences. When the Trumps arrived, Hillary nodded to welcome Melania but she turned her gaze away before it reached the president 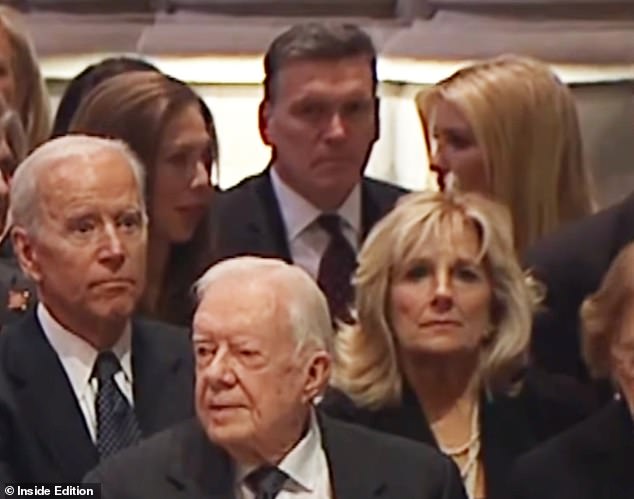 No one knows what Chelsea Clinton and Ivanka Trump discussed. The former friends turned first daughter foes were shocked viewers when they took their seats next to one another 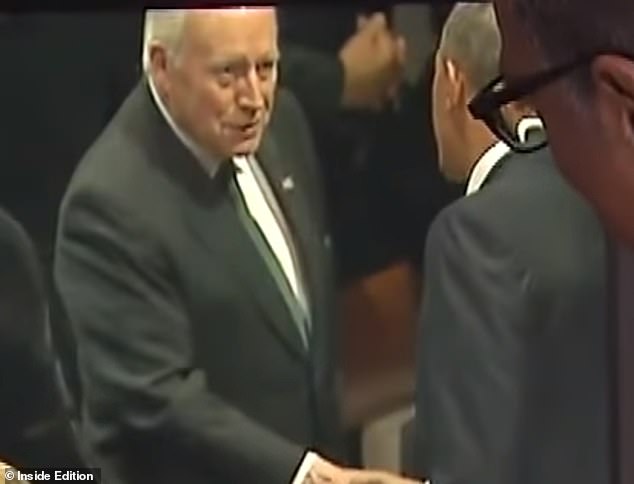 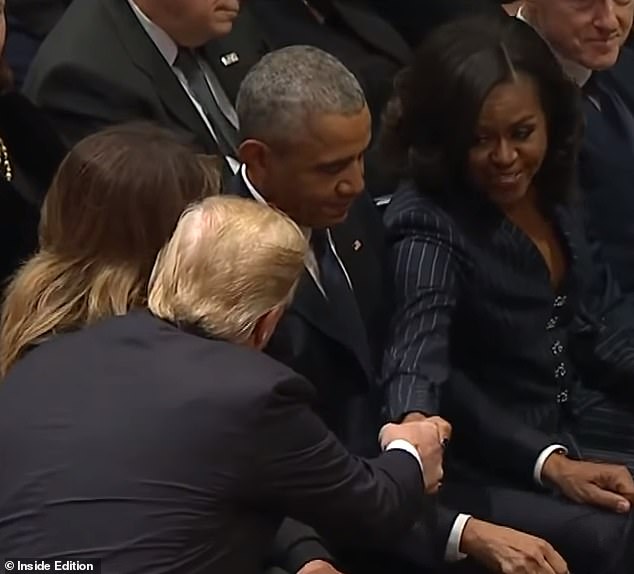 ‘Phony smiles’: A body language expert said the Obamas were ‘trying to be cordial’ to the Trumps but could not help ‘showing their true feelings’. Michelle said: ‘Good morning’ to President Trump as she shook his hand 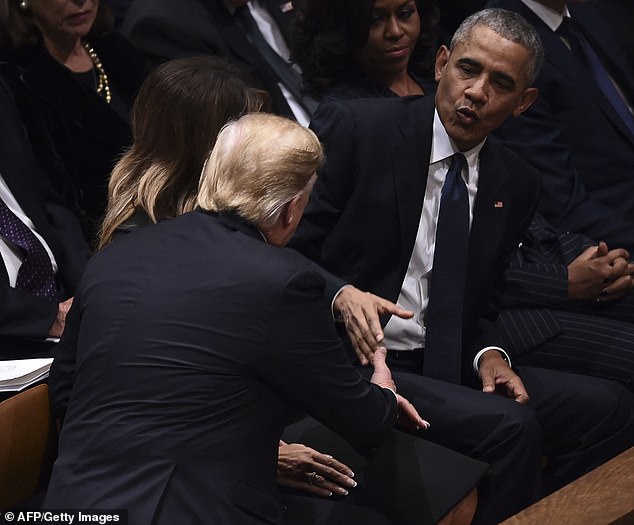 Barack Obama appeared to say ‘welcome’ to the Trumps but it is unclear what else he muttered when they took their seats. Body language experts noted how his lips were pursed and his eyes were not crinkled meaning he was tense 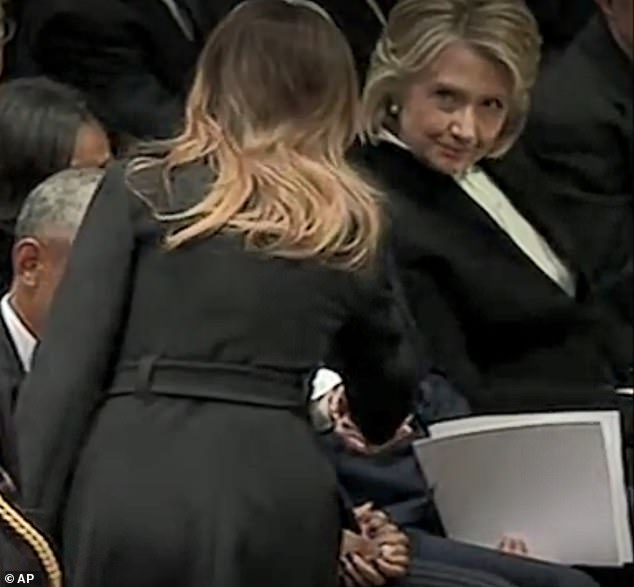 Before turning her gaze away when President Trump came into her view, Hillary nodded politely at Melania Trump and stared directly at her as she shook hands with Bill 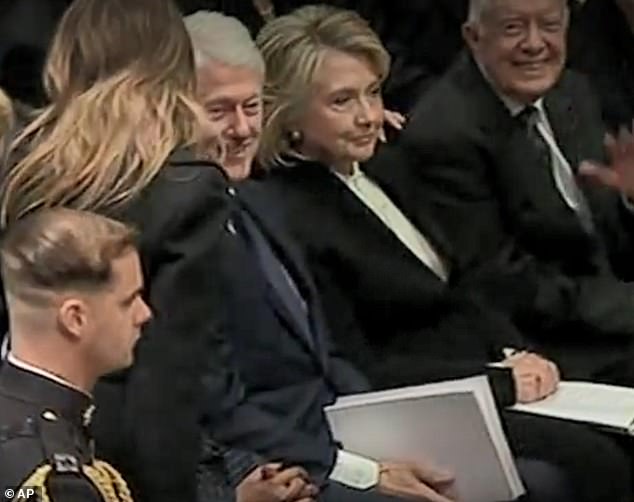 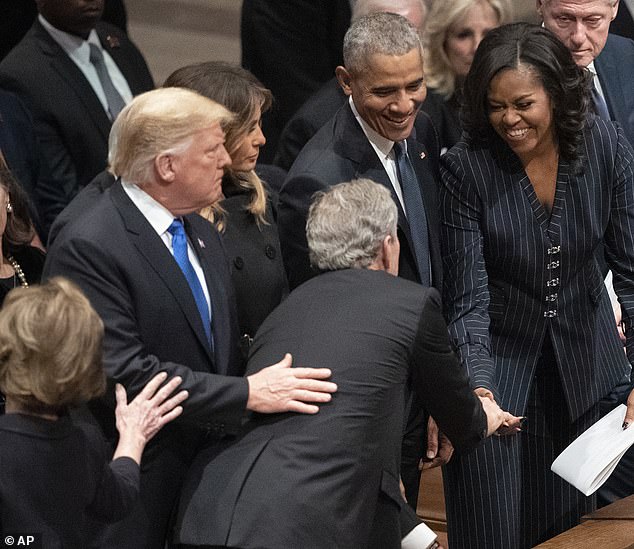 One of the most endearing and intimate moments of the event was when George W. Bush slipped Michelle Obama a piece of candy on his way into the church. He did this at Senator John McCain’s funeral in September. Michelle, speaking after that event, said George W. was her ‘partner in crime’ at major events

‘You see Obama is very tense around Trump. He has a very phony smile where his lips are pursed.

‘They’re trying to be cordial but their true feelings are coming out.’

She also spoke of the touching moment Jeb Bush reached out for his brother George W. once he had sat back down, still crying, having just delivered a tear-jerking eulogy to their father.

‘Jeb touches his knee and comforts him and that speaks to the emotion and the closeness of their relationship,’ she said. 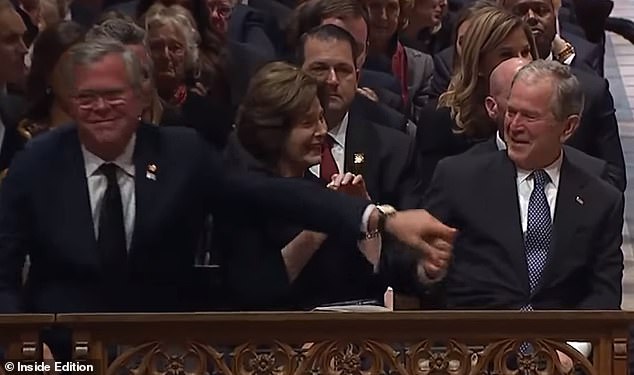 Touching: When Jeb Bush reached over to grab his older brother’s hand and knee after he delivered his moving eulogy, it was telling of the ‘closeness’ of their relationship, experts said