STABBINGS in London are still rife with knife crime continuing to plague the capital.

There have already been dozens of blade attacks in the city this year – with at least 20 people killed. 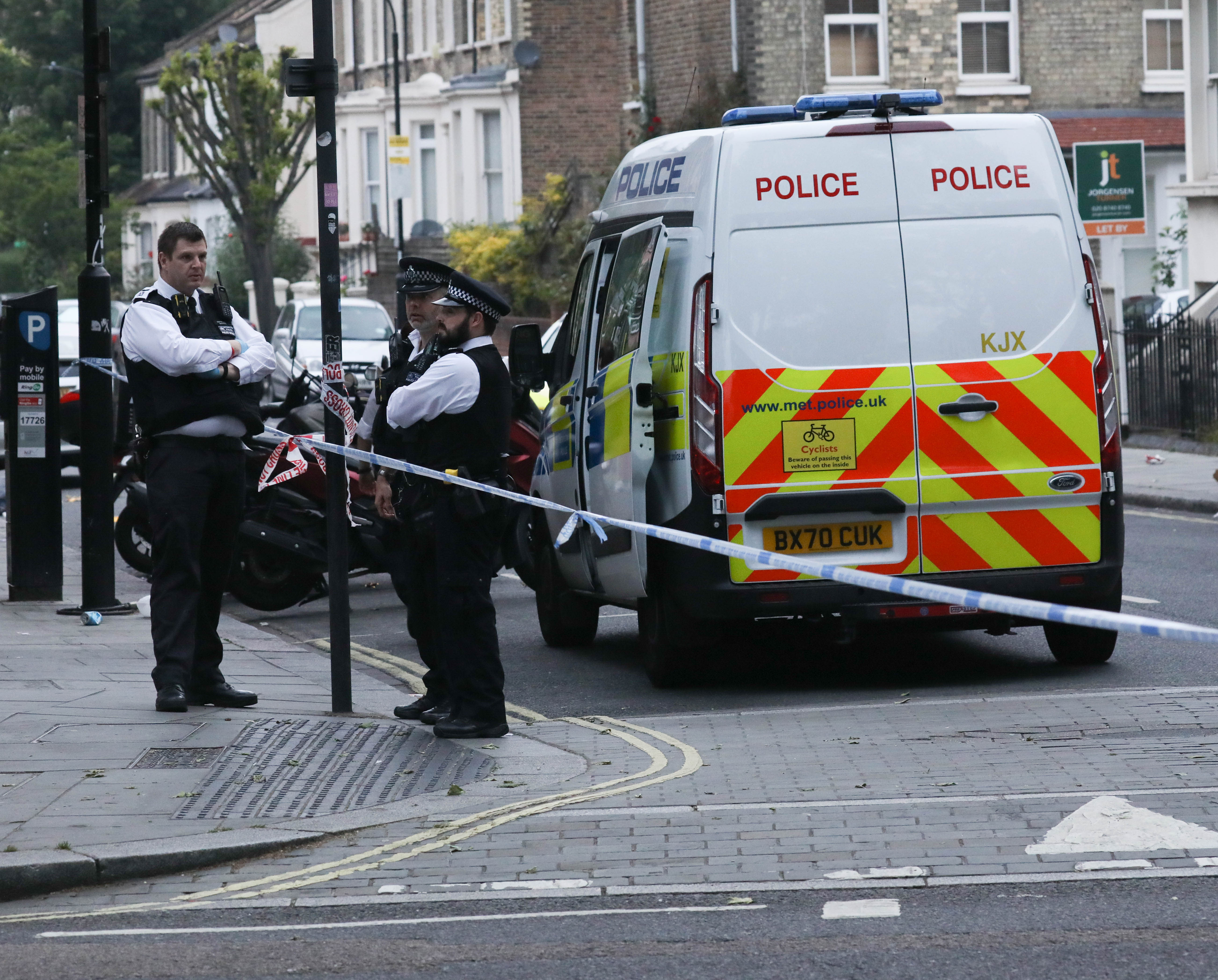 How many stabbings have there been in London this year?

January 1 – The first stabbing in the capital happened just minutes into the New Year when a 17-year-old girl was glassed and two teen boys aged 18 and 19 were knifed North London after an illegal party.

January 11 – Delivery driver Leon Street, 48, was fatally knifed in Neasden, North West London. Leon, who lived locally with his fiancée, died from stab wounds to the chest, a post-mortem found.

January 11 – A man in his 40s was attacked with knife in Neasden and was left with non-life threatening injuries.

January 13 – A 41-year-old man was found stabbed to death at a house in Wimbledon, South London.

January 17 – A man in his 30s was rushed to hospital after being stabbed in Neasden.

January 19 – Anas Mezenner, 17, was attacked by thugs as he rushed to the aid of friend's just yards from his home in Haringey, North London. Paramedics battled to save Anas the scene, but he died after being rushed to hospital.

January 24 – A woman in her 30s died after being stabbed in Tower Hamlets, London.

January 25 – Teenager Romario Opi was fatally stabbed in Islington on the way to a fish and chips shop. The 15-year-old was pronounced dead at the scene despite efforts to save his life.

February 5 – One person was killed and a further 10 injured in a night of bloodshed in Croydon. A 22-year-old was stabbed to death and 10 others hurt in five separate reports of knifings.

February 6 – A man in his 20s was stabbed in Couldson, South London while another man, 24, was also knifed in Croydon.

February 12 – A 20-year-old cyclist was left fighting for his life after he was chased by three men in a car and stabbed during a brazen daylight attack in Enfield.

February 14 – A 16-year-old boy was taken to hospital after being stabbed infront of horrified onlookers at Brockwell Park, Brixton.

February 15 – A man was stabbed to death in Kentish Town. The victim, aged 30, was found suffering knife wounds and died at the scene.

February 17 – A minicab driver was fatally stabbed in North London. Gabriel Bringye, 37, was found dead inside in his car at around 7.20pm in Tottenham.

February 18 – A 16-year-old boy was stabbed to death in Wembley, London, shortly after 11.30pm. Drekwon Patterson had a car driven at him before four thugs chased him on foot and killed him. 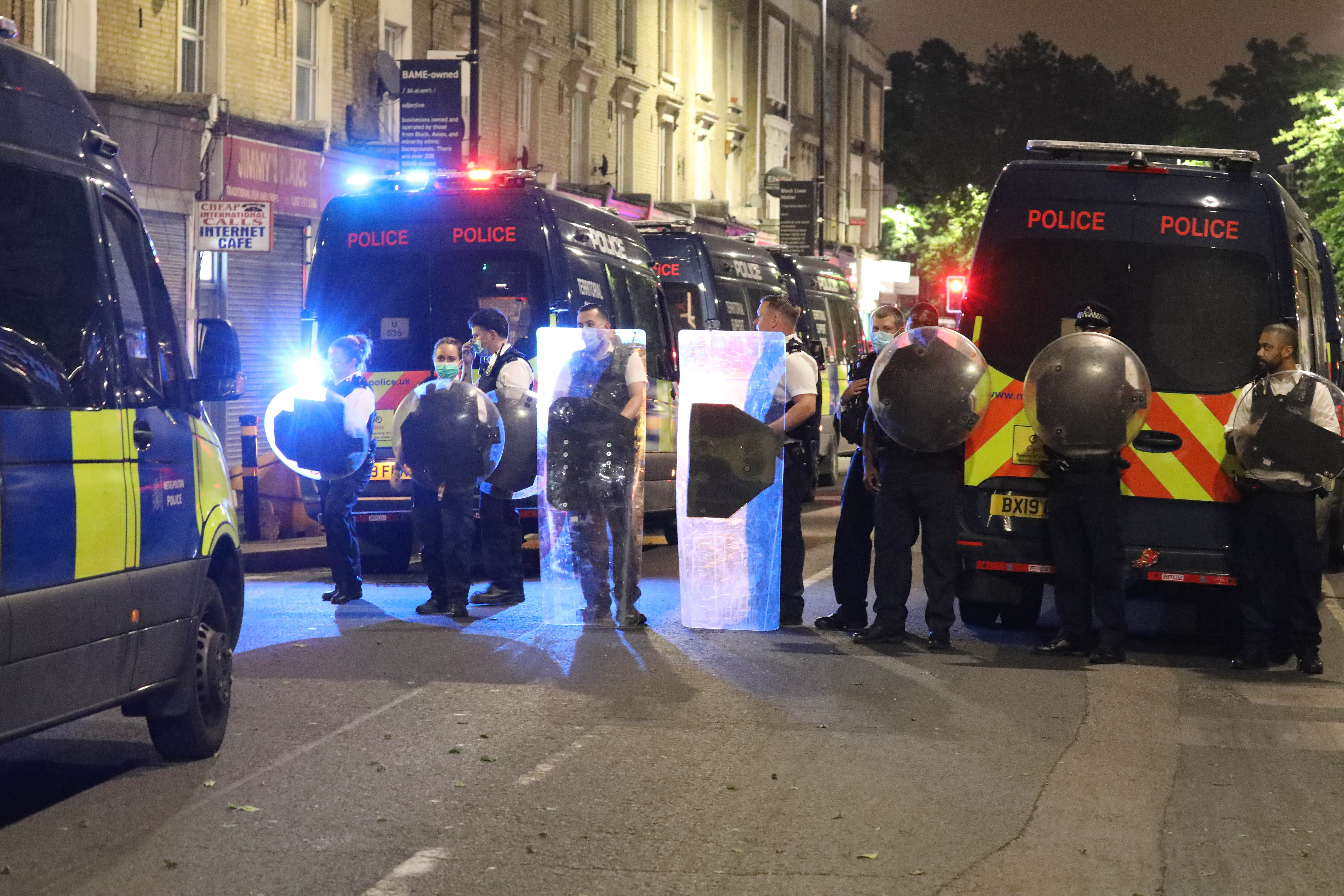 February 22 – Tyreke Watson, 21, was knifed to death by a "tiny teen" in an ambush outside a Cash Converters. Cops were called to West Green Road in Tottenham at about 4pm.

February 23 – James Bascoe-Smith was riding his bike in Brixton, south London, when he was set upon by a gang of thugs. The 17-year-old was "dragged" along by his bike and fell to the ground after the mob jumped out of a 4×4 and began stabbing him

February 26 – A 19-year-old was stabbed to death following a fatal attack in Paddington Green, West London.

February 28 – Three people were stabbed within just eight hours in a night of bloodshed in London.

March 8 – A teen was stabbed to death and two others knifed in a brutal attack near White Hart Lane station in North London at around 2pm.

March 22 – A man in his 20s was stabbed to death and another injured in a horror knifing in Housnlow, West London.

March 30 – A man was fatally stabbed and two others hospitalised following a knife brawl in Croydon.

April 12 – A 16-year-old boy was left fighting for his life after being knifed in the stomach in Harringay, North London.

April 23 – A 14-year-old boy was stabbed to death outside a London pizza restaurant in Newham- moments after schools shut.

April 26 – An 18-year-old man was stabbed to death on the streets of Canning Town in broad daylight.

April 29 – Hero teachers rushed to give CPR to a 13-year-old boy stabbed on his way to school during a gang attack that left him fighting for his life. The youngster was knifed by teens as he walked to class on the Isle of Dogs in East London.

April 29 – A 40-year-old dad was stabbed to death in front of his teenage son after stepping in to protect him during a row on a bus in Willesden Green, north-west London.

April 30 – A pupil was rushed to hospital after being "stabbed with scissors" in a horrifying fight outside a school in Croydon.

May 5 – A 15-year-old boy was left fighting for his life after being repeatedly stabbed in posh Chelsea harbour. The shocking attack happened just one hour after another man was knifed outside a Shoreditch hospital.

May 7 – A teen was stabbed to death in an East London park, with a second boy rushed to hospital after being found injured nearby following the bloodbath in Harold Hill, Romford.

May 29 – Tony Eastlake, 55, was stabbed to death after reportedly trying to stop a mugging in Islington.

June 2 – Thugs slashed eachother with giant blades in broad daylight – leaving a man battling for his life in Greenwich.

June 2 – Armed cops were pelted with missiles by a raging mob after being called to reports a man had been shot and stabbed in Brixton. A man in his mid-20s was found suffering stab wounds and gunshot injuries and he was rushed to a South London hospital.

How many fatal stabbings were there in London in 2020?

Ten people on average are caught with blades EVERY DAY on the streets of London.

Why is there so much violence in the capital?

One of the reasons why violence in the capital has spread is because of the brutal “county lines trade” where urban dealers force children and other vulnerable people to take drugs to customers in more rural areas.

The National Crime Agency estimate there are more than 1,000 “county lines” in operation – a 40 per cent rise in just one year – raking in an estimated £1.8billion annual profit.

Each county lines route is making as much as £5,000 a day – £7million between them all.

The county lines gangs regularly entice boys, largely from broken homes, into a life of crime with promises of money, kudos and a sense of belonging often lacking in their troubled home lives.

In London itself, gang warfare is increasingly being driven by a ruthless battle to control the drugs market in a move away from “postcode wars”.

Middle class cocaine users have come under fire for helping to fuel this increasingly violent battle in Lawless London.

Cressida Dick, the Metropolitan Police Commissioner, said the growing demand from well-off users for the Class A drug was leading to a surge in violent gang crime.