A luxury Australian clothing brand is selling fur labelled as raccoon that testing has identified as raccoon dog, an unrelated species which is often mistreated in the international fur trade. 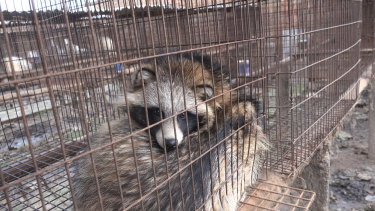 A raccoon dog in a cage at a fur farm in China.Credit:Humane Society International

Another item, a beige fur ring, tested as being made from fox fur, wasn’t labelled at all as is required by law.

The brand is sold in boutiques across Australia, including some in the Melbourne suburbs of Prahran, Armadale, Carlton, Fairfield, Brighton, Malvern and Brunswick.

A spokeswoman for Alexandra Australia said the fur supplier it used was commonly used by other Australian retailers.

“We avidly support humane treatment of animals for all industries where animals are used whether it be fur, leather, food products or cosmetics,” she said. 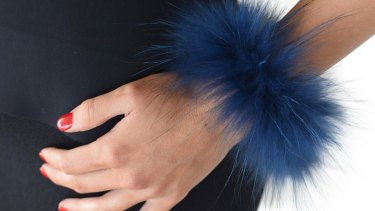 Consumer Affairs Victoria set up a fur taskforce after an investigation in 2019 identified mis-labelling at Victorian markets.

Animal Justice MP Andy Meddick said although the party secured a commitment from the Victorian government to crack down on stores and markets flouting the law at the time, the taskforce was failing to identify and act on fur mis-labelling.

“We’re seeing more and more examples of mis-labelled fur in our cities … in some cases the same items that formed our initial investigation are still currently for sale,” he said. “They’re not moving fast enough.” 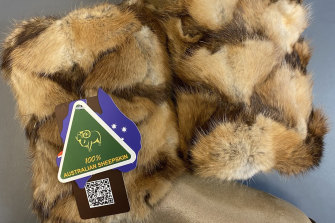 Forensic testing found the trim of these boots bought at the Queen Victoria Market was not 100 per cent sheepskin” but mink and muskrat.

“We take businesses making false or misleading representations about goods very seriously and Consumer Affairs Victoria’s work continues to stamp out this kind of activity.”

Opposition consumer affairs spokesman Neil Angus said the government had known about the issue for years, but had done nothing. 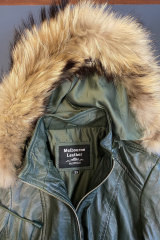 This jacket sold at the Queen Victoria Market was labelled as 100 per cent leather and polyester but its fur trimmed hood was found to contain raccoon dog fur.

“If the practice of mis-labelled fur items being sold in Victoria is continuing, then it is clear the government has dropped the ball and not done enough to sort this situation out,” he said.

“Labor must ensure that retailers are selling products that are correctly labelled, so Victorian consumers know exactly what they are buying.”

Forensic testing of items sold at the Queen Victoria Market last year found items sold as faux fur were real. This included a jacket with a fur-trimmed hood labelled as 100 per cent leather, and polyester being found to contain raccoon dog fur.

Three NSW local councils, including Sydney, recently banned fur at their markets and venues. The Animal Justice Party, together with advocacy group Collective Fashion Justice, is now planning to lobby Victorian councils to do the same to put pressure on the state government to act. 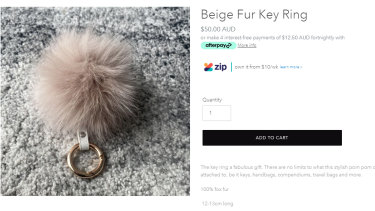 Consumer laws make it illegal to make false or misleading representations about products, with criminal penalties of up to $500,000 for individuals and $10 million for companies.

Products with fur from cats, dogs and some endangered animals are banned from entering Australia. But raccoon, raccoon dog, mink and muskrat are not banned.

It is also no longer required to list the fibre content of a product and there are no mechanisms to determine the source of imported fur.

It means mis-labelling breeches are rarely uncovered and consumers are left in the dark.

Mr Meddick said a total ban was the only way to ensure fur from tortured animals wasn’t being sold as frequent investigations showed cruel conditions throughout the industry.

The Alexandra Australia cuffs, which retailed at $90 each but are on sale for $29, were chosen to be tested as part of the investigation due to their low cost. The brand sells other fur items.

A laboratory test found the cuffs, which come in blue, red and black, had “features … most consistent with raccoon dog”.

Raccoons are mammals native to north-America, while raccoon dogs – named for their similar appearance, but part of the wild dog family – are prominent throughout Asia and Europe.

The Alexandra Australia spokeswoman said the company would investigate the matter if provided with more details about the investigation.

Consumer Affairs Victoria and the Queen Victoria Market were contacted for comment. The City of Melbourne declined to comment.

Brave boy, 6, who won the nation’s heart as he battled leukaemia gives a thumbs up after being discharged from hospital – The Sun