Malaysian advertising campaign goes viral for all the wrong reasons – so can you spot what’s wrong with it?

A campaign for a Malaysian streaming service has gone viral after eagle-eyed viewers misread their logo.

iQIYI revealed their campaign poster for Malaysia Day on September 9 to promote local content on their portal.

The tagline for the campaign is ‘Anak Malaysia’ which means ‘Child of Malaysia’, but the unique design used on the poster lead many online users to read it as something very different. 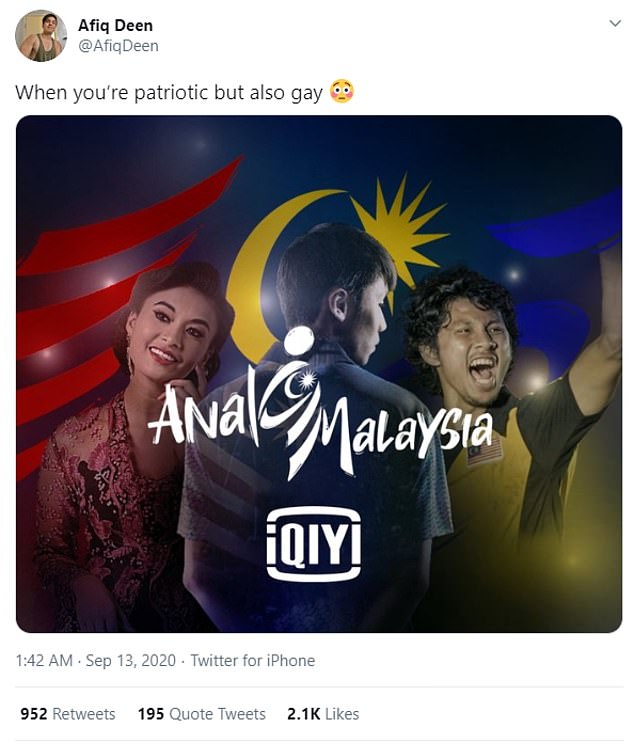 Streaming service iQIYI revealed their Malaysia Day campaign on September 9, which was shared widely on social media after many misread their tagline

‘OMG who approved this?’ another reads.

‘Must be a pain in the ass to fix this now,’ another comment says.

iQIYI released a statement on Sunday morning to explain their campaign to fans.

‘Hey you alls, we saw your reactions on our campaign logo and… we wanted to confirm that it’s “Anak Malaysia” and nothing else!’ the company said.

‘We’re sorry if our logo design created any confusion. Next time we check at least 50 times a day. We did not intend to offend any parties.’

The Anak Malaysia campaign gives viewers free access to a range of Malaysian films on the platform to celebrate the founding of the Malaysian federation. 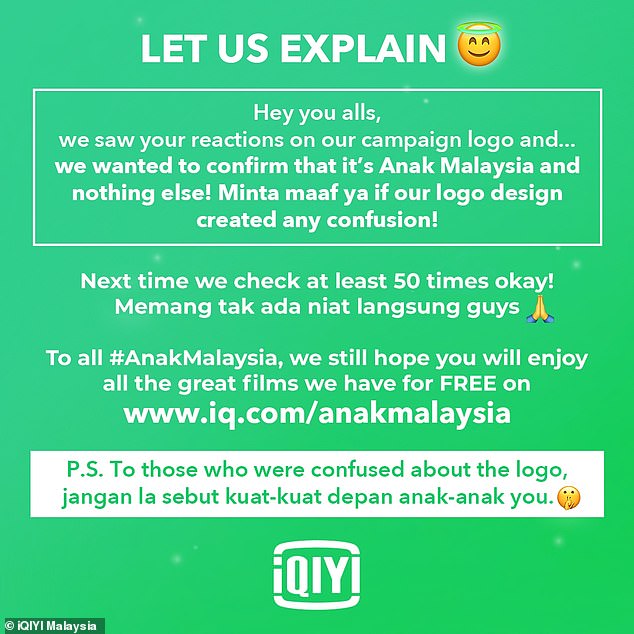