A LOUISIANA man has been caught on a doorbell camera allegedly attempting to strangle his estranged girlfriend's dog.

Shane Michael Mitchell, 30, could be seen choking the dog, Rubyjean, before stealing her in footage captured on Sunday, Slidell police said. 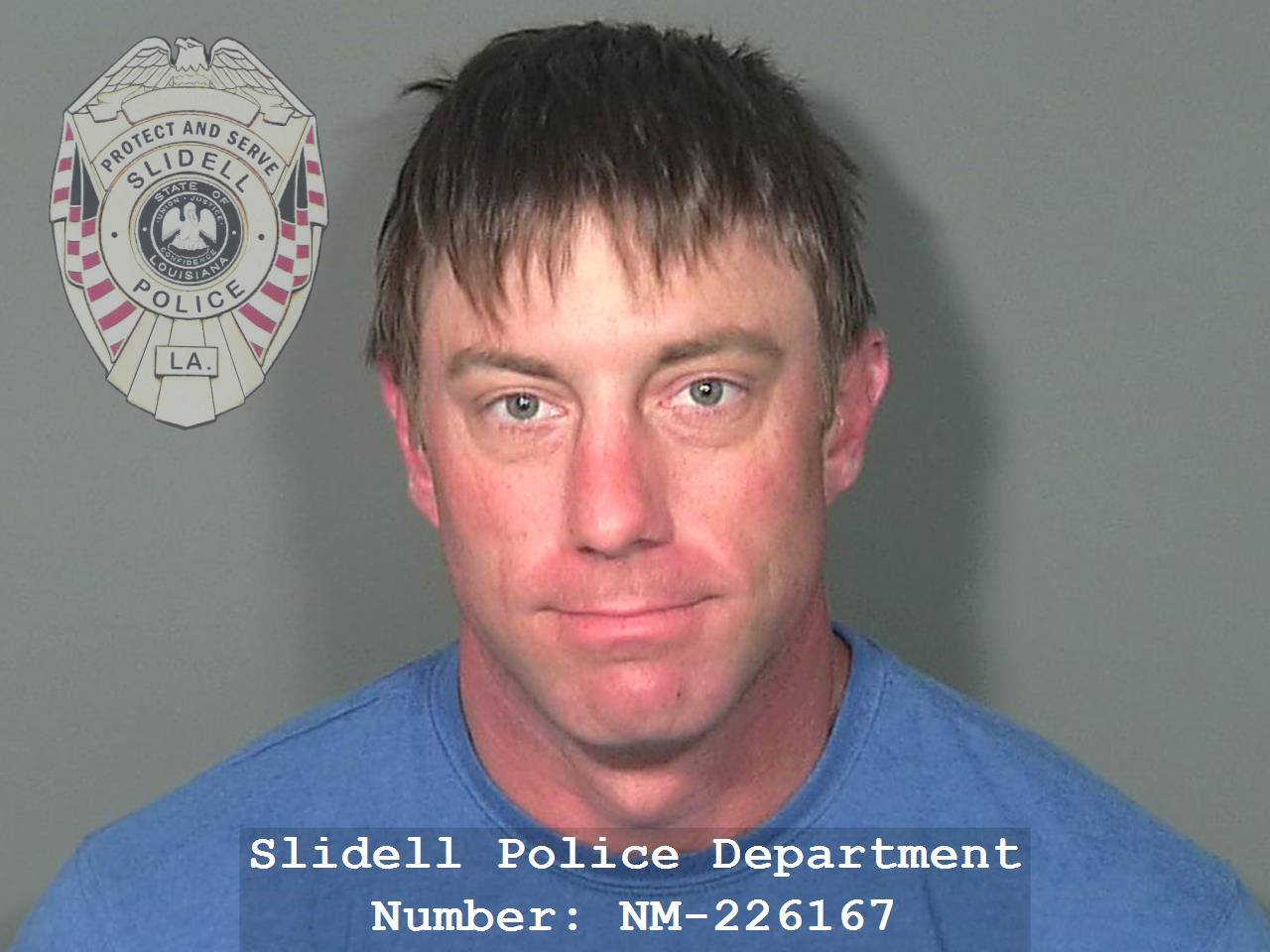 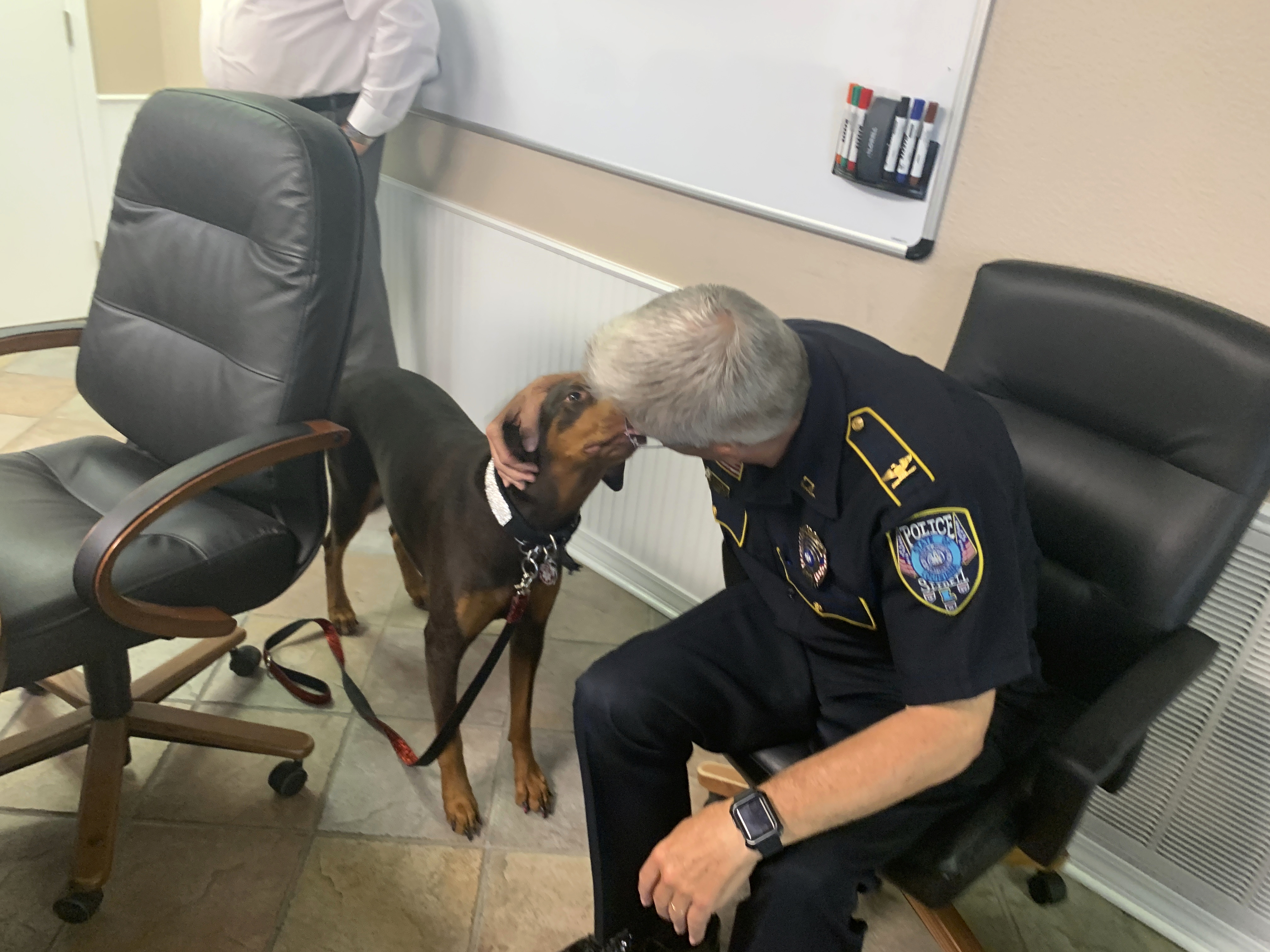 The incident occurred at an apartment block on Spartan Drive and reportedly followed an argument between Mitchell and his former girlfriend.

Footage shows Mitchell stood outside an apartment while holding Rubyjean on a lead.

A woman inside the apartment can be heard saying: "I called the cops."

Mitchell then says, "I don't care", to which the woman replies: "I know you don't care."

Mitchell then pulls Rubyjean by her lead and lifts her into the air by her collar.

Police were contacted on Monday morning and launched an investigation after reviewing the video.

They secured an arrest warrant for Mitchell and a court order requiring that Rubyjean be returned to her owner.

Mitchell reportedly refused to cooperate with authorities, but was tracked to a Slidell apartment by undercover officers who had set up a surveillance operation.

Rubyjean was recovered unharmed and Mitchell was arrested without incident.

Mitchell has now been booked on charges of animal cruelty.

Slidell Police Chief Randy Fandal said in a statement: “I was sick to my stomach watching that video.

"How someone can do hurt a defenceless animal is beyond me.

"I had the opportunity to meet Rubyjean this afternoon, and she was as sweet and well-mannered as could be.

"We are glad this had a happy ending for both the dog and her owner.”

Mitchell is now being held at Slidell City Jail.

Police have said he could face further charges relating to other incidents. 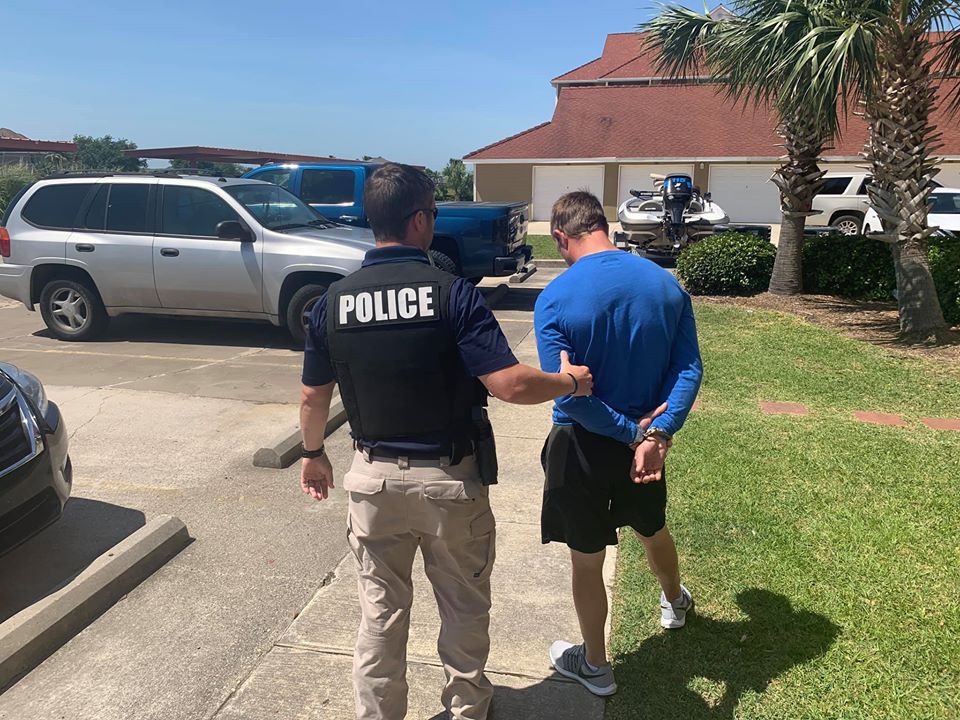 McDonald's will reopen 11 restaurants for walk-in customers next week