A MAN has died at a McDonald’s drive-thru after he was crushed by his own car in a “freak accident”.

CCTV footage showed he had been paying for his food when he dropped his bank card out of his vehicle’s window. 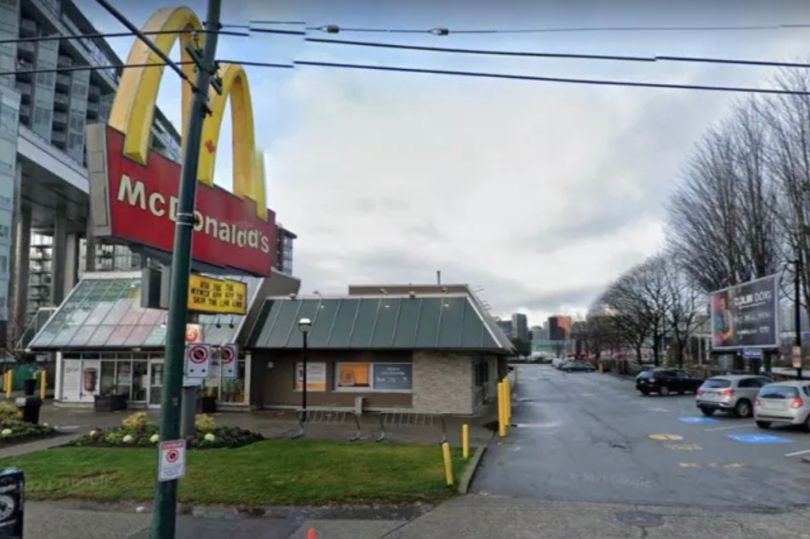 When he went to pick it up his car rolled forward and collided with the restaurant in Vancouver, Canada.

The man was unable to free himself and became wedged in between his car and the building on Main Street.

Police Constable Tania Visintin said: “People aren’t used to seeing this type of incident happen, especially at your workplace. I would assume everyone is shaken up,”

“Usually when we hear about a fatal motor vehicle accident it is usually, typically a crash with another vehicle.

“So the fact that no other vehicle was involved… This seems like a freak accident.

"Efforts were made by first responders to revive the man, but tragically, he died on scene.

"This is an absolutely heartbreaking scenario. Our deepest condolences go out to the family and friends of this man."

Members of the public and his family witnessed his death, according to CBS.

Anyone with dashcam footage who was driving in the area at the time of the incident, or anyone who may have witnessed the incident, is asked to call investigators at 604-717-3012.

Tony Blair calls for vaccinated Britons to be exempt from restrictions