‘Prada Boys’ gang member jailed for attacking women is handed SECOND life sentence after raping vulnerable woman, forcing her to bark like a dog and threatening her with ammonia

A ‘Prada Boys’ gang member who subjected a vulnerable woman to ‘a campaign of degradation and violence’ including forcing her to bark like a dog has been jailed for life.

Daniel Brown, 43, raped his victim using a balloon as a condom, threatened to force a baseball bat inside her, and threw a knife at her eye.

The catalogue of abuse included forcing her to dress up and pose as a prostitute on street corners while Brown watched from a distance.

After hearing details of his crimes, a judge slammed the defendent for degrading his victim to the ‘utmost degree’.

He has now been handed a second life sentence after he was first jailed for attaking and falsely imprisoning two other women.

Brown, who described himself as an ‘analytical psychopath’, was also a member of the ‘Prada Boys’ gang who carried out at least 35 raids across London wearing balaclavas, rubber gloves and hoods. 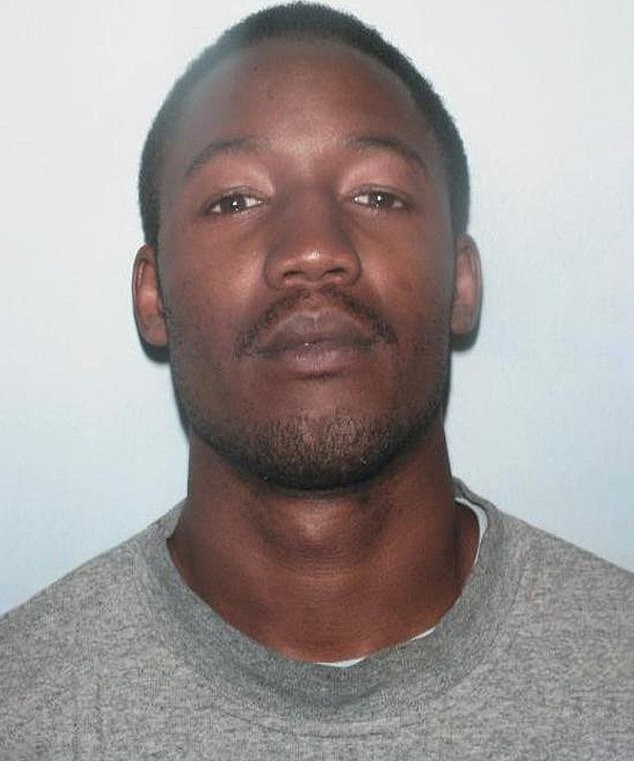 Daniel Brown, 43, who described himself as an ‘analytical psychopath’, carried out a sickening campaign of abuse left his victim with ‘lasting psychological damage’, Southwark Crown Court heard

They forced their way into wealthy victims’ homes and stole valuables worth £2 million in a six month crime wave.

Police later raided the ringleader’s home and found it packed with designer gear including trainers and clothes by Gucci, Prada, or Armani.

Brown was jailed for seven and a half years for his part in the robbery spree at Harrow Crown Court in 2003.

He is also currently serving a life sentence imposed at Isleworth Crown Court in 2018 for charges including false imprisonment and violence against two different women.

A ‘reign of terror’: The gang of robbers named after their taste in expensive footwear 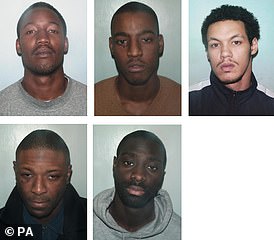 The ‘Prada Boys’ gang was filled with ‘some of the most dangerous criminals’ one detective had ever worked with.

The gang, who got their name from their taste in footwear, would attack victims on their doorsteps before ransacking their house for valuables.

In one case, Lady Homa Alliance lost uninsured Iranian gold coins and jewellery worth £1.3m from her Chelsea home

Most of the items were in a safe which she was forced to open after being threatened with having a finger cut off.

Another high profile victim involved the Ugandan High Commissioner George Kirya, who had his Rolex watch ripped from his hands.

Detective Chief Inspector Michael Gates said: ‘This gang included some of the most dangerous criminals I have dealt with.

‘This was a reign of terror – they threatened and terrorised their prey, some of them lone women.’

The robbers were sentenced to a total of 39-and-a-half years in jail after a trial at Harrow Crown Court in north London.

Colin Mortley from Middlesex, got seven-and-a-half years, Paul Murray, of west London was sentenced to seven years and Daniel Brown, got eight years.

Judge Baumgartner said this showed a pattern of Brown ‘targeting vulnerable women’ and taking advantage of them and ‘degrading’ them.

He added that this case saw him degrade a victim to the ‘utmost degree’.

The judge said: ‘You have shown absolutely no remorse for this or any of your previous offending.

‘You maintain your innocence. You lack any empathy towards your victims. You maintain a poor attitude towards women.’

Brown’s campaign of harassment and abuse began when he moved into his victim’s Kensington home with a dog he had stolen.

Brown ‘flipped out’ with rage after the woman saw wanted posters for the dog and returned the pet to its owner.

Brown then raped the woman, who had been struggling with drug addiction, using part of a balloon as a makeshift condom.

Ross Cohen, prosecuting, earlier said: ‘At one point Brown demanded that she bark like a dog in order to demonstrate to her and presumably himself that he had complete control over her.

‘If at any point she didn’t respond immediately to the way directed he would become violent. At one point picked up a cutlery knife and threw it at her eye.’

He threatened to blind the terrified woman with ammonia and force a metal baseball bat inside her, jurors heard.

‘He called himself an ‘analytical psychopath’ those were the words he used,’ said Mr Cohen.

Brown tore the woman’s underwear off while she was still wearing her trousers and dragged her to the bathroom where he forced her into a freezing cold bath as she cried out in pain. He also raped her while using a pink balloon he found as a condom.

Brown said he would sell her for 50p and made her wear a corset over a red dress to pose a sex worker in the street while he watched from across the road.

The woman was worried someone she knew might see her dressed like that and tried to cover the ‘hideous’ clothing with her coat.

Back at her flat he forced her to perform a sex act on his friend, the court heard.

The woman told the court that Brown ‘got excited’ at how frightened she became.

The next morning Brown found out she had packed a bag to leave and punched her with ‘great force’ in the ribs.

After running to her friend’s house to take shelter for the night she eventually had to return home again, jurors heard.

Brown then threatened her with a bread knife until she ran outside without any shoes on and police were called.

The woman finally detailed her prolonged ordeal at Brown’s hands to a female officer and he was arrested. 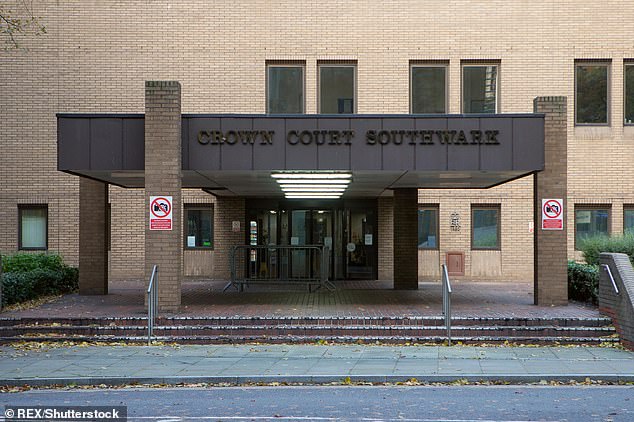 Brown, of no fixed address, denied, but was convicted of, rape, sexual assault, causing a woman to engage in sexual activity and assault causing actual bodily harm.

Judge Baumgartner told Brown: ‘The victim’s personal statement is harrowing. She tells of how she feared for her life when you did what you did to her.

‘Her life spiralled downwards afterwards into further addiction. She lost her home. She lost contact with her children and her family.

‘She started cleaning her teeth with bleach and lost all but five teeth as a result.

‘Although she is no longer addicted to illicit drugs, she has been diagnosed with post-traumatic stress disorder and she describes how this has affected her life.

‘Clearly, what you did to her has left her with lasting psychological damage.’

During sentencing, Brown became extremely agitated when he realised that press were covering his sentencing, accusing them of ‘tarnishing his name’.

He was given a life sentence with a minimum of eight years and eight months and placed on the sex offenders’ register for life.

One teen dead, another injured after broad daylight shooting in NYC