Austrian police have revealed that a man mummified the corpse of his mother and kept her in a basement for over a year so he could continue to collect her pension payments.

The 89-year old woman is believed to have died of natural causes in June 2020 after suffering from dementia for several years, at which point her son, 66, came up with the gruesome plan to rake in extra cash.

It is thought that he dragged her body into their shared basement before mummifying her entire body in bandages and covering her in ice packs so as to reduce the smell of rotting flesh.

The mother and son, both of whom are yet to be named, lived in the western Tyrol region of Austria near Innsbruck, where police made the discovery on Saturday after being led to the house by a suspicious postman.

Police believe the managed to rack up approximately €50,000 (£42,000) in pension and benefit payments destined for his mother who lay rotting in the basement. 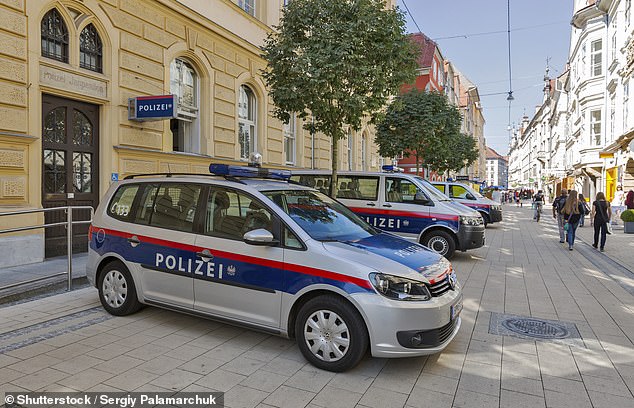 Police believe the managed to rack up approximately €50,000 (£42,000) in pension and benefit payments destined for his mother who lay rotting in the basement 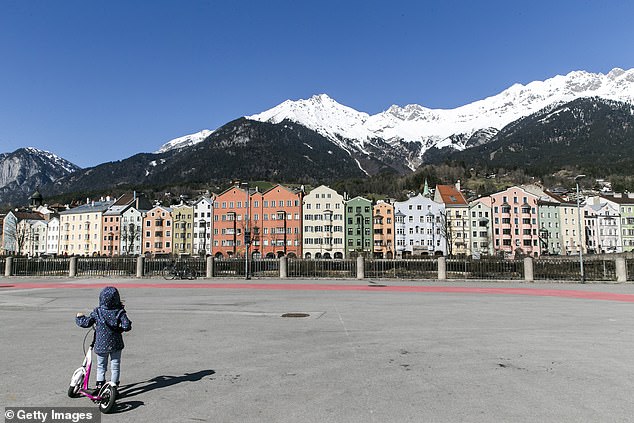 The mother and son, both of whom are yet to be named, lived in the western Tyrol region of Austria near Innsbruck

The haunting fraud operation only came to light after a new postman delivering the woman’s social welfare mail said her son refused to let him meet his mother.

The postman reportedly reported his suspicions to the authorities who launched an investigation into the woman’s apparent disappearance and discovered her rotted carcass in her son’s basement.

Ultimately, the corpse was mummified,’ said Helmut Gufler, head of the police’s social security fraud unit in an interview with public broadcaster ORF.

‘He made sure that there was no odour or nuisance.’

Gufler went on to describe how the man had refrigerated his mother’s body with regularly changed ice-packs and absorbed bodily fluids with a mountain of bandages, before adding that ‘he covered his mother with cat litter and finally the corpse was mummified’ when he ran out of supplies.

Gufler reported that the man had no income source and relied on the social welfare provided to the family to keep afloat.

Had he reported the death, the benefits and pension payments would’ve ceased, leaving him unable to pay for his mother’s funeral or retain the house they shared.

The authorities said that the man had confessed to the crime , and had managed to prevent his brother from seeing their mother for over a year.

ORF reported that the man told his brother that their mother had been transferred to a specialist hospital where her condition had deteriorated to the extent that she would barely be recognisable.

An autopsy has ruled out the possibility that the man murdered his mother, but he is charged with benefit fraud and hiding a corpse.