SHOCKING footage shows a festival-goer being punched and stamped on in a violent brawl at a music event where four people were stabbed.

The shameful scenes were captured at Eastern Electrics festival in Morden Park, South-West London this weekend. 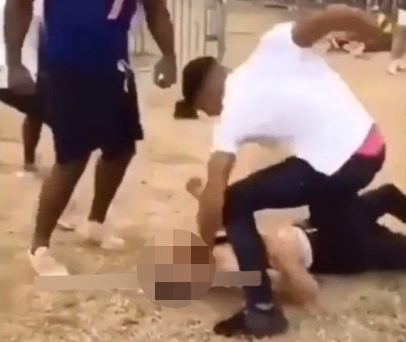 In separate incidents, four people were stabbed in the space of six hours on Saturday.

No-one was arrested and police imposed stop and search powers in the area in the wake of the violence.

Footage shows two men fighting on the ground before the victim chases an attacker.

After falling to the floor for a second time, at least three men can be seen hitting him with a series of kicks and punches.

As the attack continues, one man pins him to the ground and lands several blows to his head.

WEEKEND OF VIOLENCE AT FESTIVAL

Several bystanders stepped in to help the victim as he picked himself up from the ground.

The festival – described as an underground house and techno music event – saw a series of violent clashes over the weekend.

During Saturday afternoon and evening, four stabbings took place in the park.

The first victim, a 24-year-old, was attacked just after 4pm and taken to hospital.

Just before 6.45pm another man, aged 27, was stabbed before being rushed to A&E.

Paramedics had to then take a third man, in his 20s, to hospital after he was found with stab wounds at 9.38pm.

A fourth victim was found stabbed just before 10pm.

None of their injuries are believed to be life-threatening and no arrests were made. 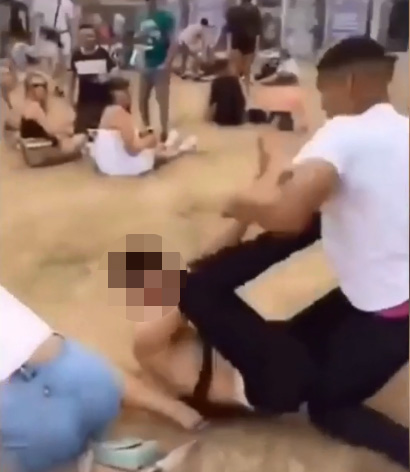 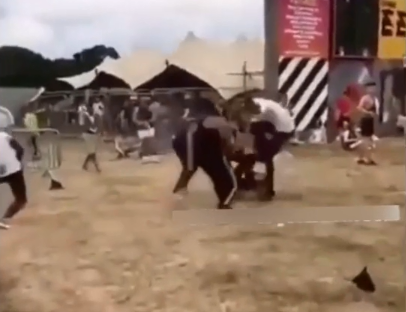 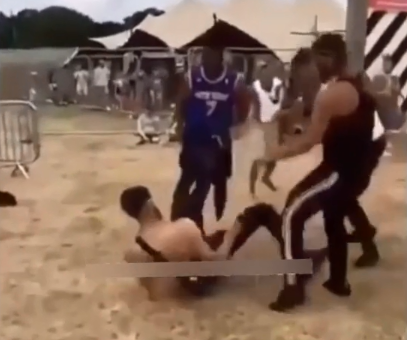 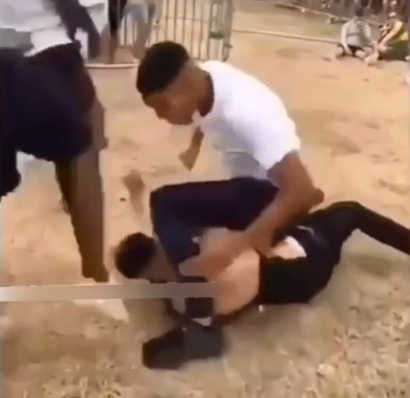