A MAN was left in agony with chemical burns after trying to groom his pubes before a date.

William Bishop was left with blistering open wounds on his groin after using hair removal cream on the delicate area. 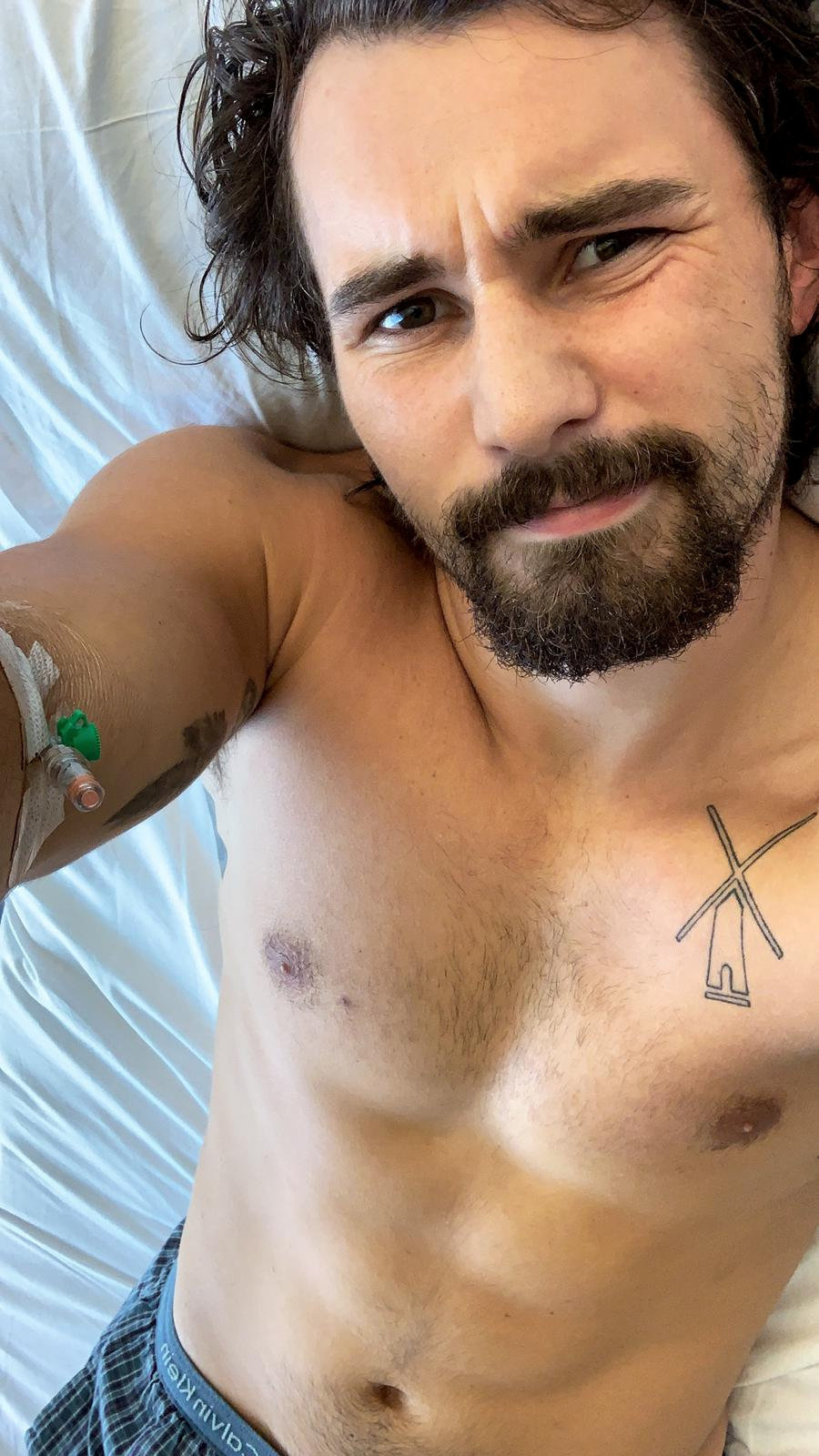 The 26-year-old admitted he left the cream on twice as long as the recommended time, while getting ready for the date.

Two days after using the Veet cream, he went to A&E with the painful sores.

Property developer William, from Cheltenham, Glos., was admitted to the burns unit so docs could repeatedly burst the blisters, and has been in hospital for two weeks.

He said: "I was getting ready for a date that night, so I decided to get prepared – just in case anything good happened."

It's not the first time William has used the cream, and so he didn't think anything of it.

Rather than using the sensitive Veet cream that's specifically for the bikini line, William opted for the body and legs hair removal cream on July 27.

He applied it to his groin and left it for ten minutes – longer than the recommended three to six minutes – admitting it felt "rather sore when I took it off". 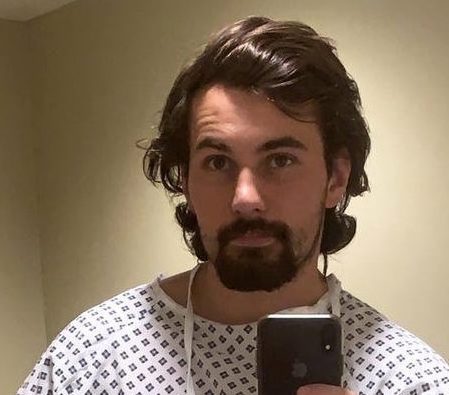 After three minutes he should've removed a small patch of the cream to see if the hair came away easily.

Instead, he left it there before rinsing it off with water.

"Potentially I left it on for longer than I should have," he said.

I didn’t think much of the stinging to start, but it got increasingly worse – and it wasn’t until two days later that I saw it had burned a hole in my crotch

"I didn't think much of the stinging to start, but it got increasingly worse – and it wasn't until two days later that I saw it had burned a hole in my crotch."

For the last two weeks, he has been kept in at Southmead Hospital on the burns unit – and he faces another three weeks on the ward while his wounds heal.

"It's been extremely painful because of where it is," he added. "I can barely walk, sleep or sit."

Nurses have been cleaning and dressing his wounds on a daily basis, the "worst part" of William's day.

"It's the worst, they like the blisters to burst," he said.

William said he told his date he'd had an accident, and that they'd have to postpone their get-together for at least three weeks. 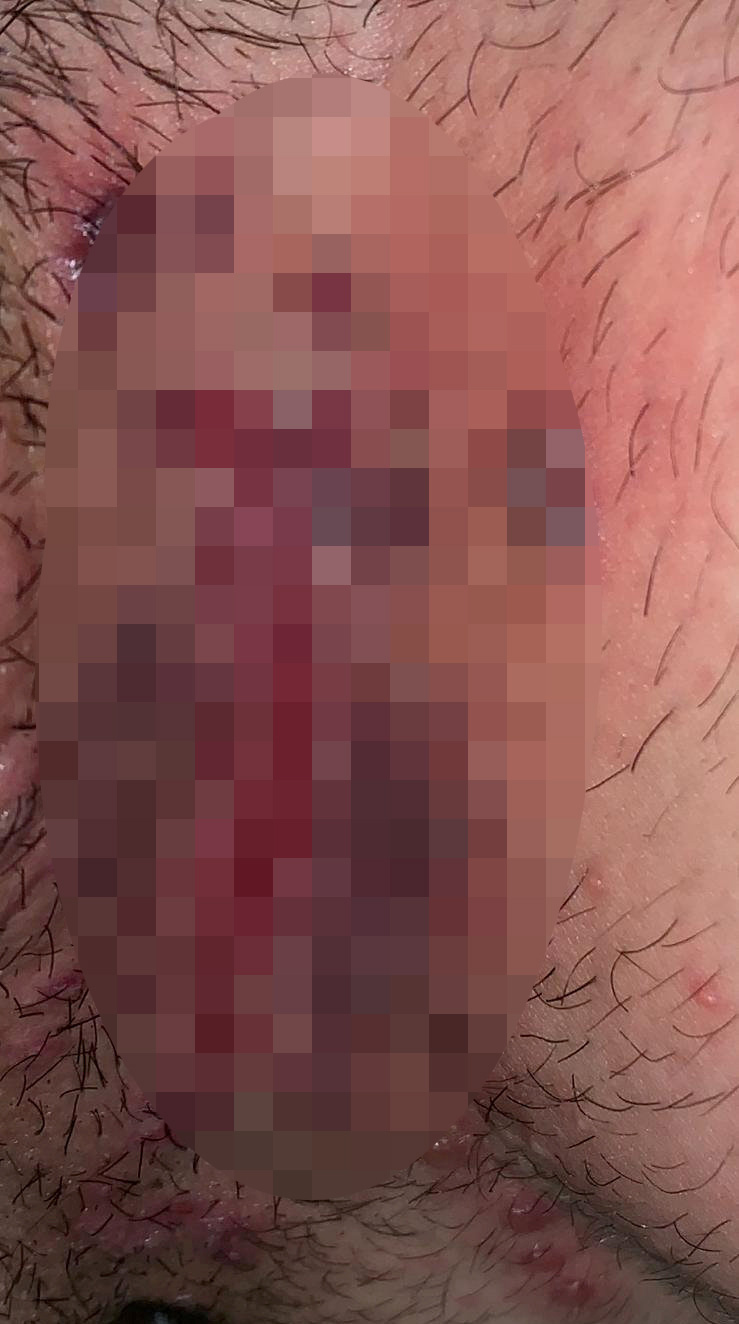 Veet's website advises: "Any kind of reaction is extremely rare, but we always recommend testing on a small area of your skin 24 hours ahead of intended use."

William confessed: "I didn't know there was a men's bottle.

"It was a little stupid of me, I know, and laughable I guess. Initially I found the whole thing funny, until I realised how bad it is.

"The pain and discomfort it has caused is far from funny.

"I guess I've formed a kind of anger towards Veet.

"But I'm also shocked that such bad injury can occur from a product readily available.

"If you deviated slightly from the instructions, you can cause serious damage."

A spokesperson for Reckitt Benckiser, which makes Veet, said: "We are sorry to hear of the reaction a customer has had to a Veet hair removal cream product and we wish the gentleman a speedy recovery as soon as possible.

"As the health and safety of our consumers is a top priority for us, we ensure all Veet products meet stringent safety standards.

"We strongly recommend that customers read and follow all the instructions on the packaging and product labels for safe use.

"Although it's rare, if customers experience a reaction to the product we advise they seek advice from a healthcare professional."