A US Marine has been found dead at a military base after reportedly falling from a balcony.

The recruit was found at 7.30am on Tuesday morning, Beaufort County Coroner David Ott. 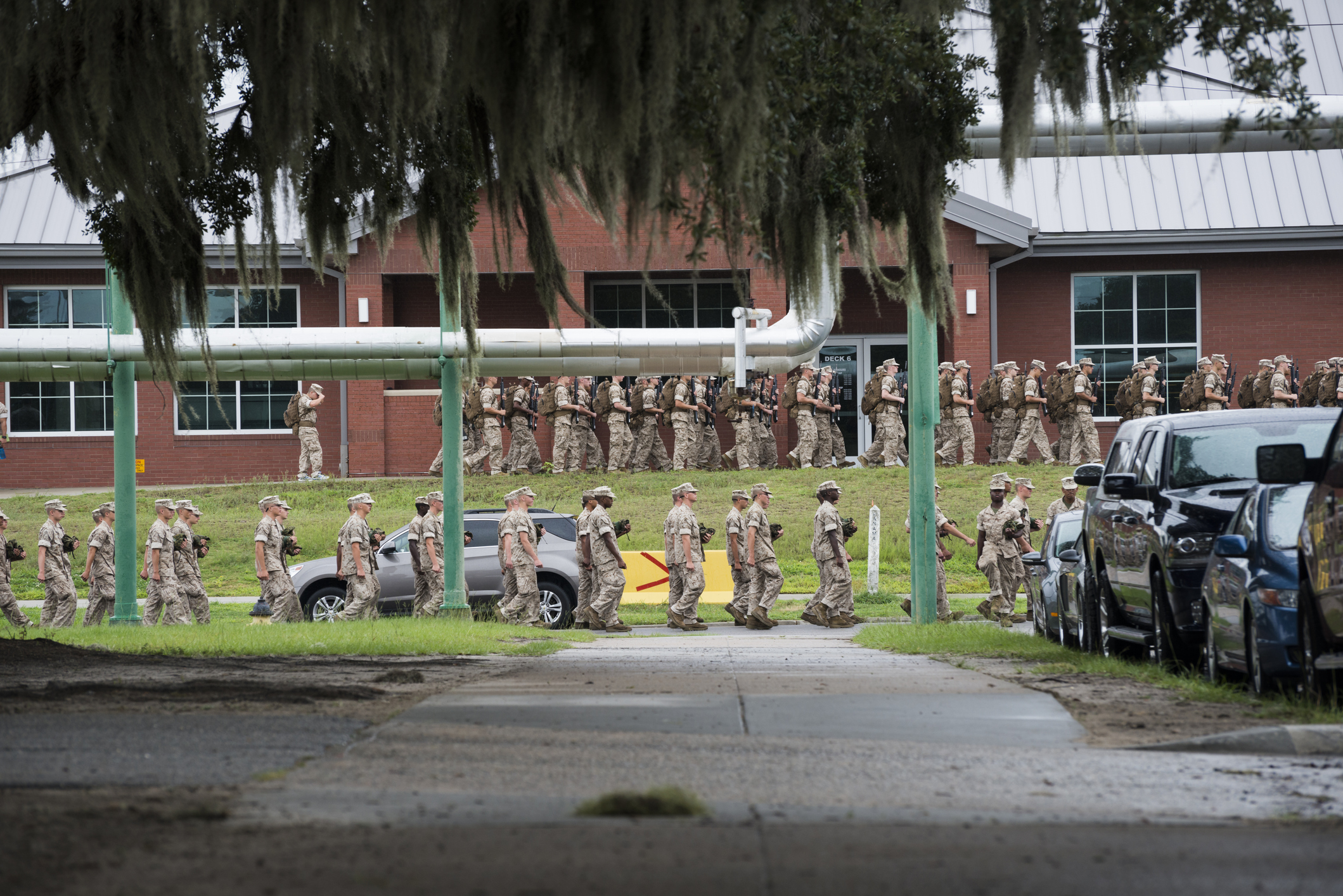 They were pronounced dead at the Marine Corps Recruit Depot Parris Island.

The Marine has not yet been named, and will not be until the family has been told.

The Naval Criminal Investigation Service is handling the investigation and an autopsy has been scheduled for 8.30am on Thursday.

At least eight trainee deaths have occurred on Parris Island since 2000.

The camp is only one of two Marine Corp training stations in the country. An average of 19,000 recruits are trained there annually.